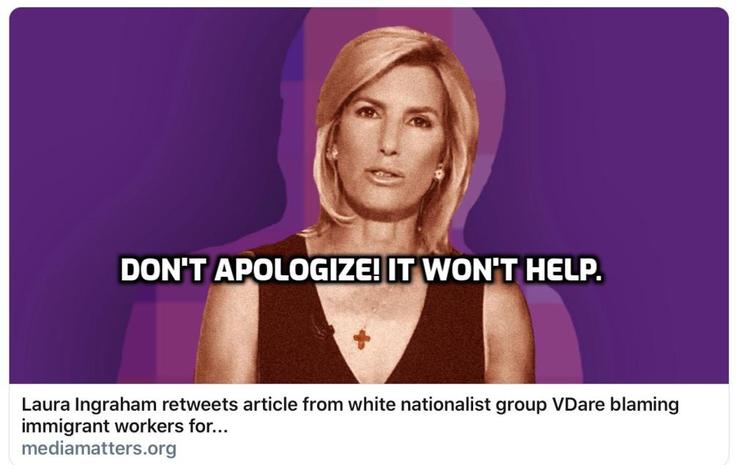 In 2018, Laura Ingraham tweeted a link to James Kirkpatrick's Jeb Bush Denounces Americans Who Don't Want To Be "Changed" By Mass Immigration. 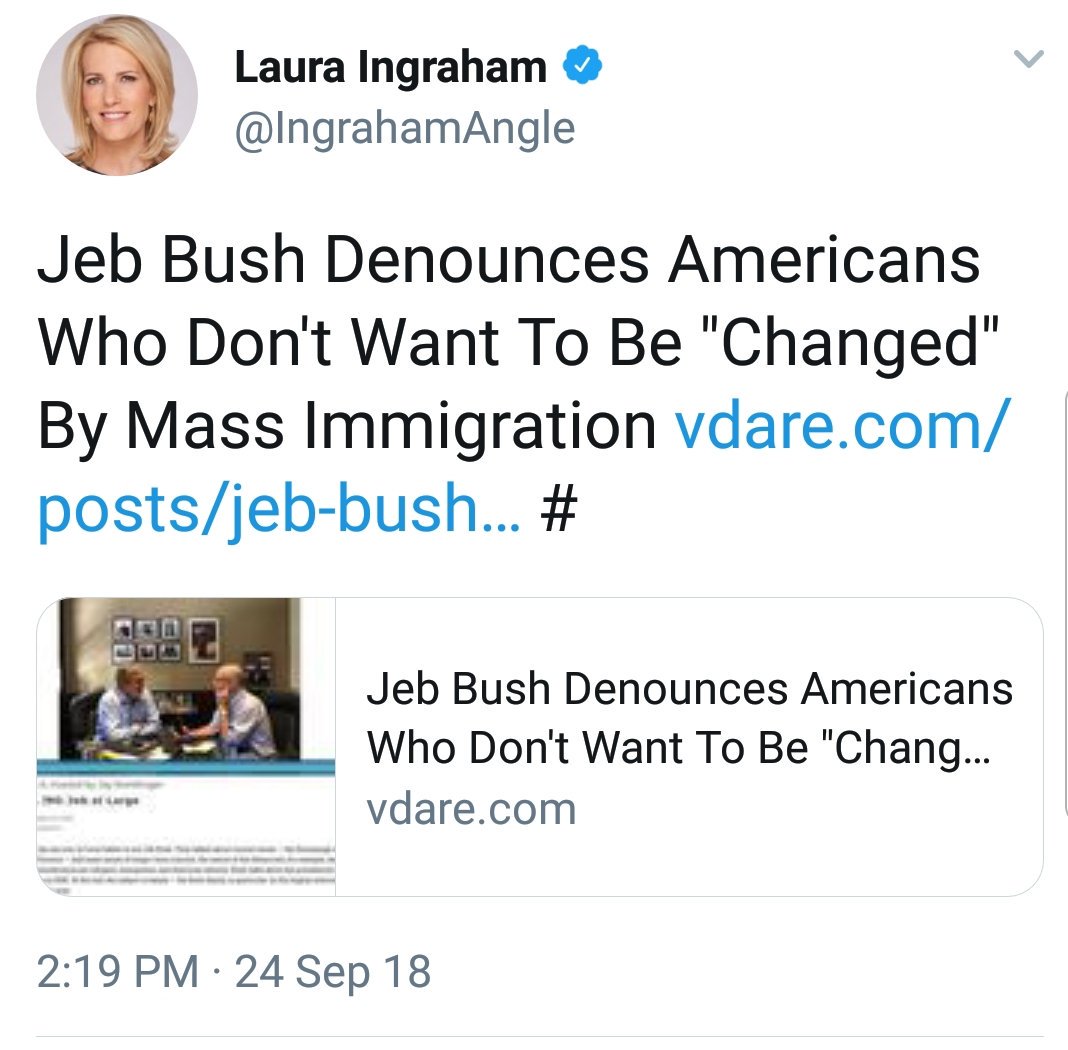 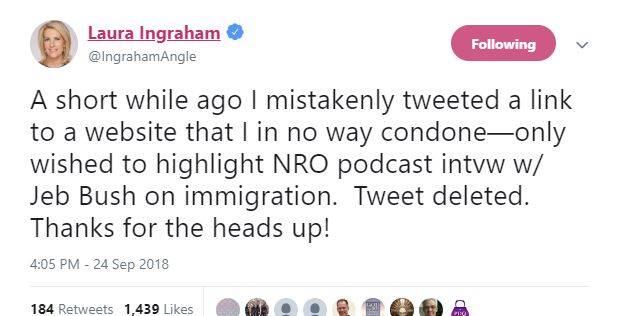 Media Matters has just attacked Ingraham again for a retweet of the VDARE.com version of Michelle Malkin's syndicated column Notes on the Coming Meat Shortage. 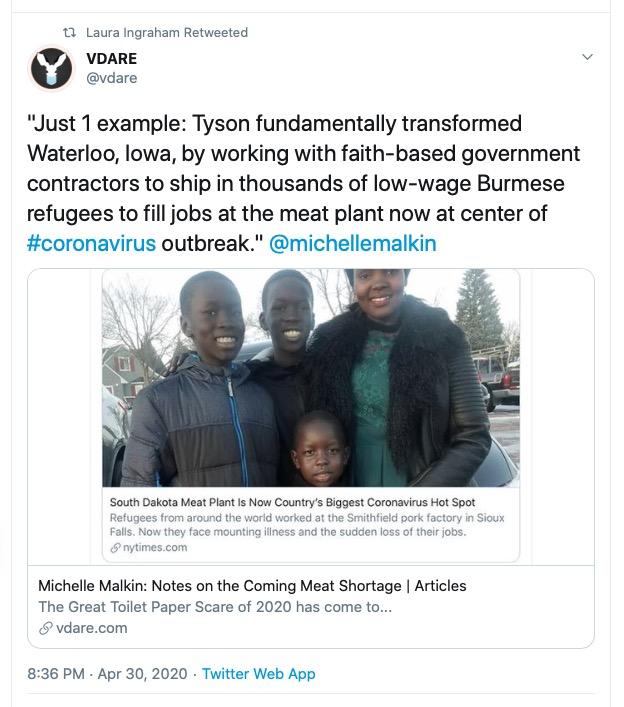 It's pointless for me to answer all of Media Matters's lies about us, but it's just stupid to say that the "Great Replacement" is a "conspiracy theory" in regard to meatpacking plants. Meatpackers have for the last half-century been replacing American labor with imported Mexican labor, and when the Mexicans suffered immigration enforcement because they were illegal, they replaced them with legal immigrant refugees from Somali, Burma,  Syria, Iraq, and Sudan.

Somali, Burma, Syria, Iraq, Sudan, and Mexico all have one thing in common—they're Third World countries where many of the inhabitants haven't been taught about the Germ Theory of disease, and may refuse to believe it, or act on it when they're told.

They hated George W. Bush, Mitt Romney, Jeb Bush (really!). There is no amount of surrender and cuckery that could stop them from hating Laura Ingraham. So she should ignore them.

She should heed the wisdom of Ashley Rae Goldenberg: