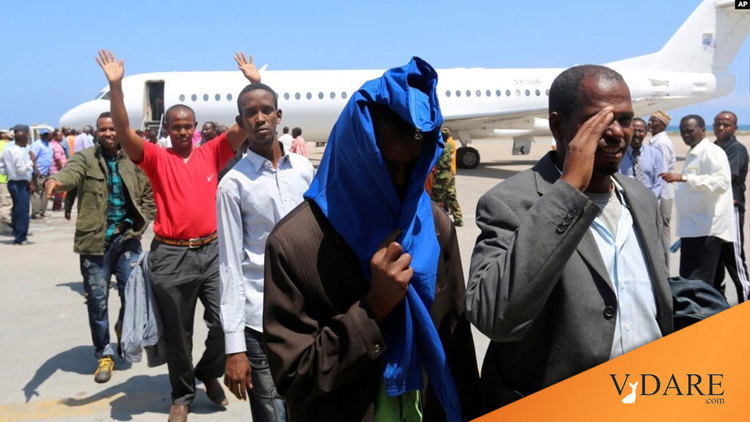 This is a typical MSM exercise in celebrating diversity, as well as documenting (probably inadvertently) the strategy of business to avoid paying citizen workers a decent wage.

Greeley, Colorado, was the site of some well reported workplace enforcement at the local slaughterhouse in December 2006 when Mexicans were rounded up and deported. They complained because it was a special saint's day: "This is an insult to us as Mexicans because today is El Dia de la Vigen de Guadalupe." (Latino community outraged at timing of ICE raid).

Like they wouldn't have minded being deported on some other day.

Anyhow, Swift & Co. has moved on, and has chosen legal refugees from Somalia as its alternative cheapo labor force. So today, we read about happy Somalis, grateful to be working for peanuts in a slaughterhouse.

It's noon on Wednesday, and in three hours they [four Somalis] will be working along with scores of Somalis at the JBS Swift & Co. meatpacking plant. Mohamed, who speaks English, is a trainer for new employees, making $12.10 an hour, while Abdi, in the hijab headscarf worn by Somali women, works in packaging. [...] Ibraham Mohamed is a Greeley caseworker for Lutheran Family Services, which provides refugee resettlement services. He estimates that about 300 east Africans are in Greeley, and that "every day, 20 or 30 people are coming to get started at Swift, maybe 15 (a day). It depends on how they get the job." [At home in a foreign land: Somalian refugees adjust to a new life [5/11/08]

Some of these refugees are likely to be preliterate and may require instruction on how to hold a pencil. In addition, Somali culture includes social norms of polygamy, wife-beating and female genital mutilation. They are Muslims, and women are covered up in the Islamic style. 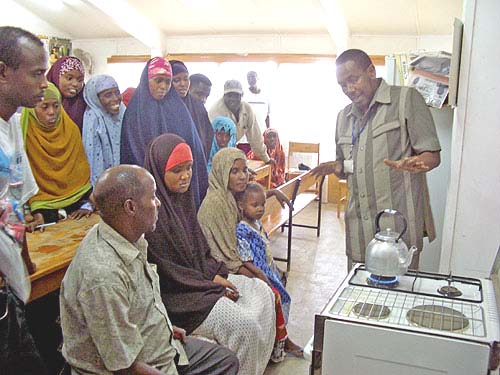 The article Various agencies help Somalis integrate into new culture notes how local police are being trained by Lutheran employees of the Refugee Industrial Complex in the politically correct manner to treat sensitive Muslims.

Ibraham Mohamed, the Lutheran group's local caseworker, has worked with the Greeley Police Department to spread the word about outreach sessions. The Somalis learn the rules of U.S. roads and other local laws. Meanwhile, the police get a lesson in Somali customs.

Poor Greeley. They can't be happy about this latest assault.