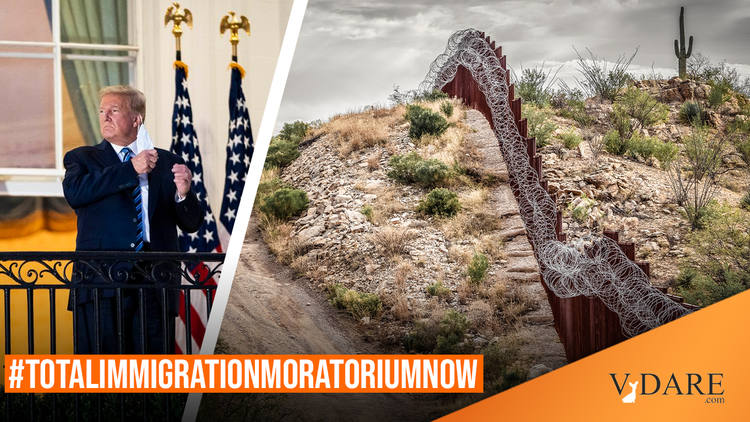 Since this email was sent, we watched the VP debate on Wednesday night and were disappointed but unsurprised (What can you expect from this moderator?) that immigration was again totally ignored. (But we did get at least ten minutes of hand-wringing about white supremacy.) Despite this, we can still be encouraged by President Trump's efforts to rework the H1-B rules in favor of American workers. The trick is: to win, the GOP needs to talk about it.

Trump put the concept of a Moratorium “in play,” via Twitter six months ago in response to the Chinese Virus.

But in September, Immigration Patriots witnessed an enormous victory when Lauren Witzke won the GOP Senate nomination in Delaware on an Immigration Moratorium platform. Her decisive victory is proof that an immigration moratorium is now not only “in play,” but a winning platform.

More on an Immigration Moratorium from VDARE.com: