Jean Guerrero Lies By Omission About Hispanics And Child Rape—And Directly About VDARE.com, Of Course

A recent column by Jean Guerrero [Tweet her] in the L.A. Times accuses a number of non-white  (Asians, Ward Connerly, Larry Elder) opponents of racial preferences of associating with “white supremacists” and “white nationalists” having a goal of reinstituting “white supremacy.”

The Republican activists leading a decades-long assault on affirmative action, which is poised to succeed in the Supreme Court, claim they want to eliminate racism and create a colorblind society.

Their propaganda is so persuasive that 73% of Americans, including most people of color, believe race or ethnicity should not be a factor in college admissions.

But those same activists who’ve stoked the flames of antagonism toward affirmative action have close ties to the architects of this country’s metastasizing white nationalist movement. These links reveal the activists’ ultimate agenda, which has nothing to do with ending racism. 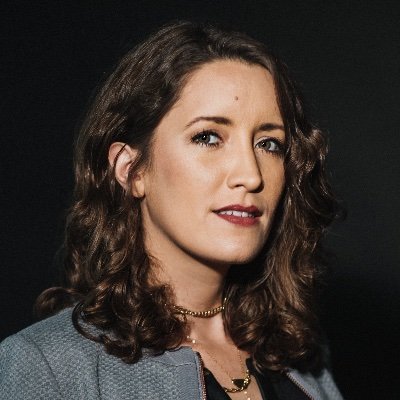 Guerrero, pictured right, is the author of book demonizing Stephen Miller (who is Jewish) as both a “white supremacist” and a “Hatemonger.

Last month, [Ward] Connerly, who has formerly protested being labeled a Black man, spoke outside the Supreme Court at a rally for his “dear friend” Edward Blum, who’s leading the high-profile lawsuits against Harvard University and the University of North Carolina that aim to overturn decades of legal precedent. “Dr. King had a dream,” Connerly said. “I have a nightmare. … Diversity and equity and inclusion will be the death of the country that we love.”

Neo-Nazis and other white supremacists share this dread. In 2012, Connerly spoke at an event for the Social Contract Press, a white nationalist publishing house. “The endgame for all of us is vanquishing this whole notion of diversity,” Connerly said at the event, which also featured prominent white nationalist Peter Brimelow, whose racist lies about the “ethnic specialization in crime” include the following: “Hispanics do specialize in rape, particularly of children.”

In his speech, Connerly lamented Latinos’ political empowerment. “The electorate has changed profoundly,” he said, “and I fear that that is permanent.” [Emphases added.]

This isn’t about defending Elder, Connerly, or for that matter, the Social Contract Press, but for the record, none of them are ”white nationalists”—they're civic nationalists, aka American patriots—as is VDARE.com Editor Peter Brimelow and VDARE.com.

But let's talk about her drive-by ”guilt-by-no-association” hit on Connerly for appearing on the same bill as Peter Brimelow,” whose racist lies about the “ethnic specialization in crime” include the following: “Hispanics do specialize in rape, particularly of children.”

The link she adds here is to the SPLC's Peter Brimelow page, which quotes Peter speaking at the American Renaissance conference in 2017:

”But there's no doubt that something in that book got to [President Donald Trump], because the way his speech was set up. His announcement speech went to the question of Hispanic crime, specifically rape. And [Ann Coulter]'s book is a very powerful statement of the fact that crime in this country is ethnically variegated. There's ethnic specialization in crime. And Hispanics do specialize in rape, particularly of children. They're very prone to it, compared to other groups.”

The thing is, she doesn't even try to prove that this is a lie.

I refuted the idea that this is a lie in 2019: Yes, Virginia (DARE), There IS Hispanic “Ethnic Specialization” In Child Rape. The Totalitarian Left Just Doesn’t Want You To Know.

I wrote: ”So—is there 'ethnic specialization in crime'? OF COURSE THERE IS! Ask the Mafia, the Tongs, or the Nigerian internet scam specialists.”

Are Hispanics, many of whom come from Mexico, where the age of consent is twelve, more likely to commit rape, especially of children? Ask the victims. Ask cops all over the Southwest, who investigate rape for a living. Ask the FBI crime statistics people.  Ask Ann Coulter, who detailed this in Adios, America—as Peter said above.

Or ask us here at VDARE.com, we've been covering this for more than twenty years.

As I pointed out in 2019, Ann Coulter detailed, among other things, the astoundingly young pregnancies found in the Hispanic community in the U.S., and in Latin America. This is an “ethnic specialization” thing—and this is a public health problem South of the Border, and now north of it as well.

Secondly, as I’ve said before, Mexico is a much more rape-y country than the U.S. There's a reason that we use the Spanish word machismo to signify brutality towards women, and both official and unofficial attitudes towards rape in Mexico are very retrograde.

As I’ve also said before, Mexico's rape problem is horrible. Way back in 2003, Mary Jordan of the Washington Post  won the Pulitzer for her horrifyingly detailed story of the culture of rape in Mexico and how rarely it's punished  [In Mexico, an Unpunished Crime, July 30, 2002]. In parts of Mexico’s rural, mostly Indian, south, rapists can get away with rape by offering to marry the girl. That’s not 1950s America, or even eighteenth-century America. England abolished “marriage by rape” in about the 12th century.

But of course, if you wanted to know if Hispanics were more likely to commit rape, especially child rape, one person you could ask a would-be a crime reporter at the Los Angeles Times.

Jean Guerrero apparently can't even do that.