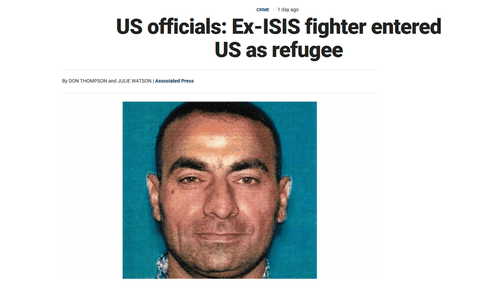 As reported in the video following, “Not only was 45-year-old Omar Ameen a hit man for ISIS and al Qaeda, he was also a founding member of al Qaeda in Iraq and a high-ranking ISIS terrorist.”

Yet he was accepted as a refugee by the Obama administration in 2014 and brought to this country where he was arrested on Wednesday in Sacramento for the murder of an Iraqi police officer. The case shows how dangerous it is for Washington to continue its rescue projects in today’s violent world.

President Trump implemented a travel ban early in his Presidency because he recognized the inadequacy of the vetting procedures for foreigners from certain backward or war-torn countries.

Refugees have added up. According to a Pew report last year, about 3 million refugees have been deposited in the US since Congress passed the Refugee Act of 1980.

Omar Ameen, shown below, is being returned to Iraq to stand trial for murder. 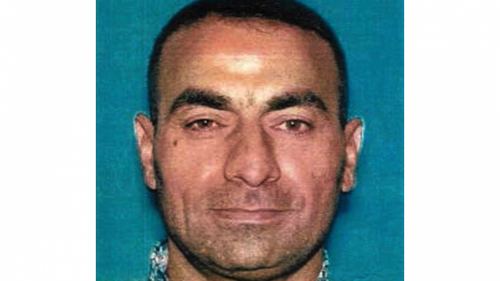 Refugee resettlement has not been a popular program: a Pew poll published in October 2016 found 54 percent of responders said that other nations should sort out their own problems, and the US therefore did not have a responsibility to admit refugees from Syria and similar regions.

SACRAMENTO, Calif. – An Iraqi man accused of killing for the Islamic State entered the U.S. as a refugee after claiming to be a victim of terrorism, in a case drawing attention amid the Trump administration’s criticism of the resettlement program’s vetting process.

Omar Abdulsattar Ameen, 45, was arrested in California on Wednesday and will be extradited to Iraq under a treaty with that nation, U.S. officials said. He made his first appearance in federal court in Sacramento after his arrest at an apartment building in the state capital.

Ameen left Iraq and fled in 2012 to Turkey, where he applied to be accepted as a refugee to the U.S., according to court documents.

He was granted that status in June 2014. That same month, prosecutors say he returned to Iraq, where he killed a police officer in the town of Rawah after it fell to the Islamic State. Five months later, Ameen traveled to the United States to be resettled as a refugee.

Ameen was arrested by the FBI Joint Terrorism Task Force based on a warrant issued in May by an Iraqi federal court in Baghdad. Ameen could face execution for the “organized killing by an armed group,” according to Iraqi documents filed in U.S. federal court.

Benjamin Galloway, one of Ameen’s public defenders, said he had just 10 minutes to meet with his client prior to his initial court appearance, and attorneys hadn’t decided whether to contest that Ameen is the man wanted by Iraqi authorities.

Ameen did not disclose his membership in two terrorist groups when he later applied for a green card in the United States, officials said.

The Trump administration has sharply criticized the Obama-era resettlement program for not doing enough to keep out terrorists. (Continues)