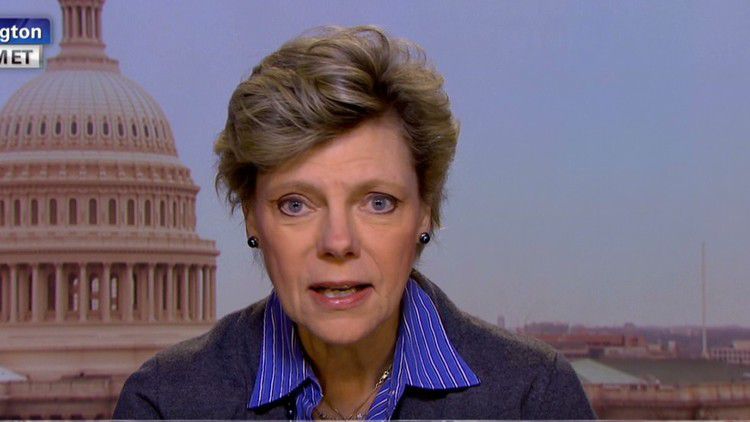 Of course the great Michelle Malkin was absolutely right to point out that just-deceased network TV princess Cokie Roberts perpetrated an early example of fake news: Michelle Malkin knocks Cokie Roberts shortly after her death: 'One of the first guilty culprits of fake news,' by Aris Foley, The Hill, September 18, 2019. (See Cokie Roberts Reprimanded For Fake Shot, Orlando Sentinel, February 16, 1994.) The convention that we don't speak ill of the dead is long gone, destroyed by the Left itself (with a little help from Bill Buckley). And this is war.

Roberts was the daughter of Louisiana Democrat Rep. Hale Boggs, who (in a not-uncommon twist among Southern Leftists at the time) publicly opposed the 1964 Civil Rights Act but had belonged to the Communist-linked American Student Union in the 1930s, and his wife and multi-term successor Lindy Boggs; also, Roberts was also the sister of Democrat superlobbyist Tommy Boggs. By birth she was a Southerner, but she and her family eagerly and profitably assimilated to America's Hostile Elite. An earlier generation would have called them scalawags.

Which is why in 1995 she featured in my epigraph to the Preface of Alien Nation:

Sam Donaldson, ABC News: [Native-born Americans] don't have any more right to this country, in my view, than people who came here yesterday.

"Still," Time magazine wrote in its Fall 1993 "Special Issue on Multiculturalism," "for the first time in its history, the U.S. has an immigration policy that, for better or worse, is truly democratic"...

I suspect that Time magazine, like Sam Donaldson and Cokie Roberts in their conversation on ABC's This Week with David Brinkley that heads this chapter, must feel vaguely that "democracy" has something to do with everyone in the world being treated equally. (Which is not how current U.S. immigration policy actually treats them, but that's a detail.) Their notion of democracy, in other words, has degenerated to the point where it is assumed to require invalidating the right to an independent existence of the very demos, people, community, that is supposed to be taking decisions on its own behalf. Democracy becomes self-liquidating, like the famous bird allegedly discovered by World War II aviators that flew around in ever-decreasing circles until it finally, remarkably, disappeared.

Personally, I doubt it will prove possible to run the United States, or any other society, on this principle.

Further on in Alien Nation, I wrote:

The classic statement of New Class attitudes toward the nation-state came from Cokie Roberts, reporter for National Public Radio and ABC News, during the debate on term limits for congressmen: She argued that her father, former Democratic House Majority Leader Thomas Hale Boggs, Sr., was able to buck the prejudices of his Louisiana constituents [i.e. deceive them] and vote against segregated housing because of the seniority he had accumulated.

Roberts claimed "some experienced souls" were necessary in Congress to provide "institutional memory, explaining the importance of protecting congressional prerogatives . . ." She went on:

To say that we want only non-professionals governing us is to show a basic disrespect for government, and though that sentiment may be popular, it is dangerous. We have nothing binding us together as a nation—no common ethnicity, history, religion or even language—except the Constitution and the institutions it created. [Italics added!]

When Roberts says "nation," of course, she means "state" (or polity). And, when she says, incredibly, that Americans have no common ethnicity, history, religion or language, what she really means is frankly if naively made clear: more power for the political class, aka "the Constitution and the institutions it created."

Anything that further deconstructs the American nation—multiculturalism, bilingualism—will tend to bring about the situation Roberts hopefully describes. And the political class, driven by this view of its self-interest, will applaud.

From the point of view of members of the American New Class, immigration is manna from heaven. It gives them endless excuses to intervene in society. It enables them to distinguish themselves from the xenophobic masses. And, by introducing diverse populations, it strikes at the nation-state's Achilles' heel: the need for homogeneity.

Eventually, Roberts may even get her wish. Like the Prussian army, the American political class will be the nation (state . . . polity). Given enough diversity, only their exercise of raw authoritarian power can possibly hold the warring tribes together.

By reneging on the Constitutionally-enjoined duty to protect the states "against invasion," the American political class will have not only destroyed the nation but also betrayed its obligation to guarantee a "Republican form of government."

My first wife died of breast cancer and I am sorry for anyone condemned to this ordeal.

But I am also sorry for our children, condemned (unless there is a miracle—and they do happen in politics) to the ordeal of a deconstructed America—in large part because of the selfishness and stupidity of Cokie Roberts and her ilk.