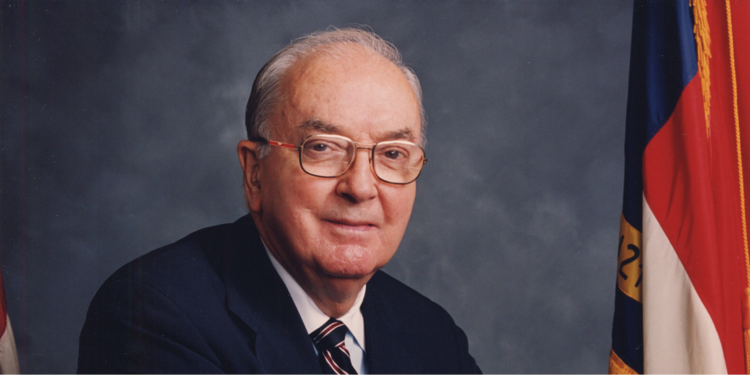 Ann Coulter has a memorial to Helms in her column:

Last Friday, on the Fourth of July, the great patriot Jesse Helms passed away. John Adams and Thomas Jefferson also went to their great reward on Independence Day, so this is further proof of God.

Helms is now the second great American patriot I've always wanted to meet and never will, at least in this lifetime. The only other one is the magnificent Reagan aide Lyn Nofziger. Wikipedia quote: "I sometimes lie awake at night trying to think of something funny that Richard Nixon said."

After a week of hundreds of Helms obituaries — one or two of which were not completely dishonest — I will mention just a few items that were not addressed or given sufficient attention.AnnCoulter.com THE NEW YORK TIMES VS. HELMS, PART 529,876

Read the whole thing. Christopher Hitchens, on the other hand, has written the opposite of a eulogy—Farewell to a Provincial Redneck. Hitchens, Tom Piatak wrote recently,

normally reacts to the death of anyone who had opposed his own brand of leftism with vicious calumny, as shown by his posthumous attacks on John Paul II, Mother Teresa, Jerry Falwell, Ronald Reagan, and even Bob Hope.

We can add Jesse Helms to that list. Hitchens and Helms were on opposite sides during the Cold War—Helms won, Hitchens lost.

Helms' role in opposing the Martin Luther King Jr. holiday, in protecting the apartheid state from the imposition of sanctions, or in defending white Rhodesia.

South Africa and Rhodesia are two cases where Hitchens won and Helms lost, but I don't see why he'd want to boast about it.