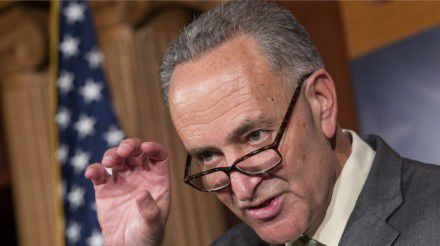 Senator Chuck Schumer, one of the notorious Eight Banditos, gave a revealing speech to the Center for American Progress about the Tea Party  the other day. Conservatism Inc. types like Bill O’Reilly criticized Schumer’s remarkably blatant call for the IRS to be used against the Tea Party. But more important was Schumer’s equally blatant acknowledgement of the ethnic agenda behind post-1965 immigration policy—and behind the implacable drive for some form of Amnesty/ Immigration Surge, which the House GOP Leadership appeared to endorse this week.

Basically, according to Schumer, Tea Partiers are afraid of change. He drew an analogy with the Temperance Movement of the 1920s as a reaction to the changes wrought by the last 1880–1924 immigration Great Wave:

This reaction against social and cultural changes isn’t new to us. Edward Shils, a professor from the University of Chicago, wrote about the Temperance Movement identifying that it was about much more than abolishing liquor.  In the 1880s the U.S. was a rural country and people were on farms and small towns living a clean, God-fearing life. By 1920, America had been urbanized and diversified because of manufacturing, immigration, and so many other forces.

And the cities were a totally different way of life with slums, bars and dance clubs, emerging suburbs and country clubs.  Prohibition was not simply about abolishing alcohol; it was an attempt by rural Americans to pull their country back to a Jeffersonian agricultural ideal that was being rapidly replaced by a new cultural and economic order.

Today, we see the Tea Party doing much of the same thing. Tea Party adherents see an America that's not reflective of themselves, and the America they have known, and they just don’t like it. [Emphases added throughout].

The reference to Edward Shils is revealing: Shils, a member of the New York Intellectuals—a Jewish intellectual movement reviewed in Chapter 6 of my book The Culture of Critique—was a leading theorist of the idea that attempts by majorities to resist the increase in the power and influence of other groups are contrary to the democratic process. A defining feature of the New York Intellectuals was their hostile reinterpretation of Populism, the anti-elite insurrectionary movement of the 1890s. 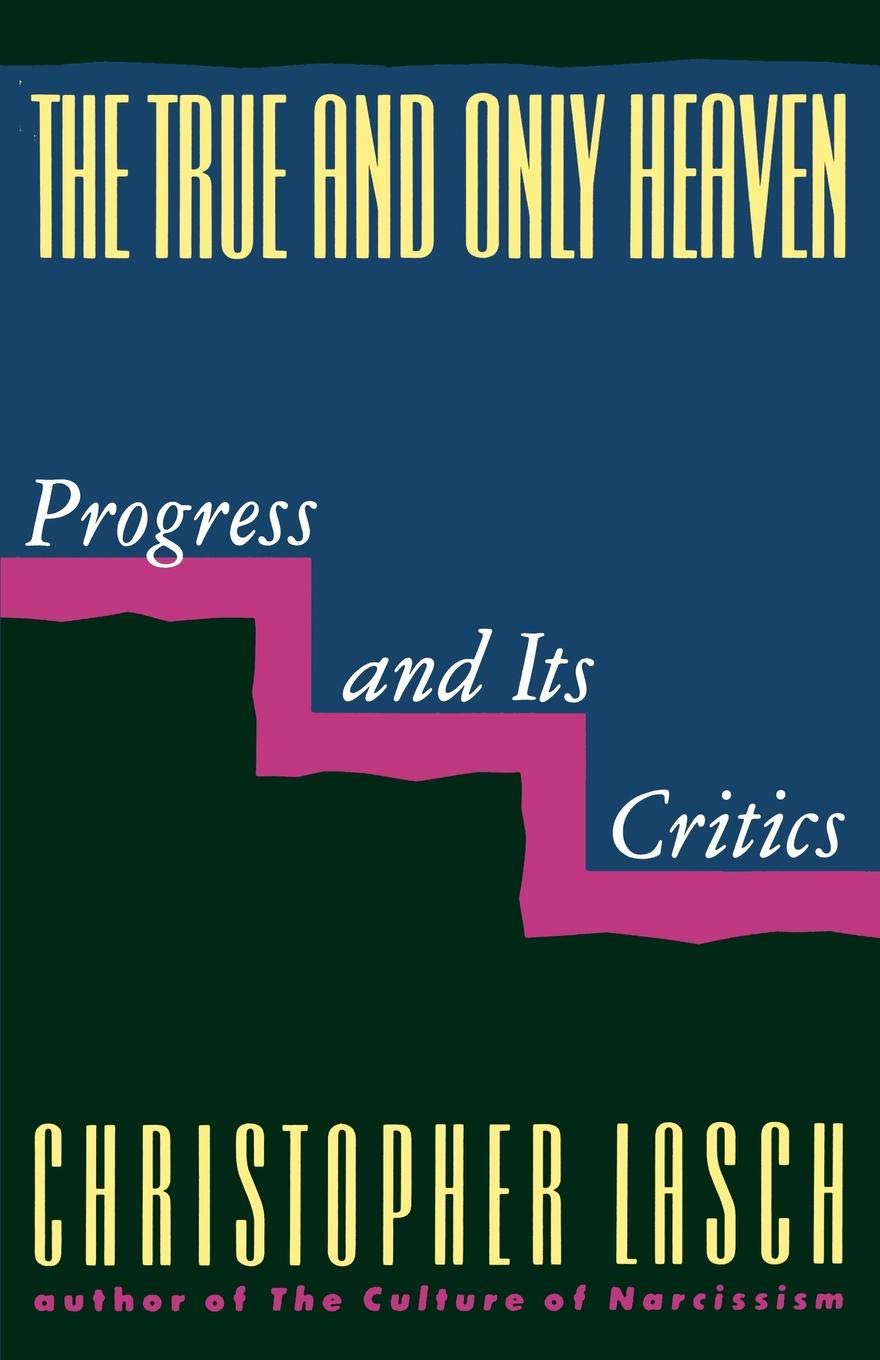 There were also real conflicts of interest involved. On one side were Jewish intellectuals advancing their interests as an urbanized intellectual elite bent on ending Protestant, Anglo-Saxon demographic and cultural predominance. On the other side were what John Higham [Send these to me: immigrants in urban America, 49] terms “the common people of the South and West” who were battling to maintain their own cultural and demographic dominance.

As the vanguard of an urbanized Jewish intellectual elite, this group of intellectuals was also contemptuous of the lower middle class generally. [As noted by Christopher Lasch,] from the perspective of these intellectuals, this class

clung to outworn folkways—conventional religiosity, hearth and home, the sentimental cult of motherhood—and obsolete modes of production. It looked back to a mythical golden age in the past. … Lacking liberal culture, it fell easy prey to all sorts of nostrums and political fads. [The True and Only Heaven: Progress and Its Critics, Christopher Lasch 1991, 458)  (see here, pp. 195–196)

It may well be true that the Temperance Movement was really about opposition to a changed America. After all, shortly after the Eighteenth Amendment passed in 1920, the Immigration Act of 1924, which attempted to maintain an ethnic status quo as of 1890, was also passed by much the same constituency.

Of course, this proved to be a temporary victory. The passage of the Immigration and Nationality Act of 1965 opened immigration to all the peoples of the world. I have argued that this was a watershed victory marking Jewish immigrants’ rise to power as an intellectual, media, financial and political elite in the U.S.

Nevertheless, with the 20/20 hindsight of history, there is no question that the “common people” fearing change in the 1920s were absolutely right to want to restrict the tide of immigration.

But their actions proved to be too little, too late. There was already a critical mass of soon-to-be elite Americans who were hostile to the traditional people and culture of America, and who subsequently have used their power to dispossess them.

Senator Schumer is a prime example.

Thus the struggle between populist movements rooted in the middle- and lower-class White America and a hostile elite is ongoing. But the forces against these populist movements have been greatly aided by the 1965 Immigration Act, which has resulted in increasing the non-White population of America by around 68 million

This increase in the non-White population has had a dramatically negative impact on the political power of White America—which pleases Schumer greatly. He says:

Just why White Americans should want an America dominated by people unlike themselves is unexplained by Schumer. But, as a professor of psychology, let me give a primer on why they shouldn’t want it: Multiculturalism leads to conflict between groups, political alienation, lack of willingness to contribute to public goods, and, I suspect, increasing victimization of whites by groups that hold historical grudges against whites because of real and imagined conflicts in the past.

Schumer, who is nothing if not a Jewish nationalist, would be horrified at the suggestion that Israel has no legitimacy as a Jewish state. He is leading the charge for the Iran War Bill in the Senate, a project of the Israel Lobby. He also supports an organization that opposes abortion for Jewish women in order to increase the Jewish population in Israel, while being staunchly pro-choice for his American audience.

In the U.S., however, Schumer campaigns to displace the historic American Nation. And he is winning—in fact (thanks to John Boehner) he is on the verge of victory.

As Schumer notes, white Americans of all social classes are indeed coalescing the Republican Party. This phenomenon is part of the ongoing racialization of American politics.

When I was growing up in Wisconsin, the Republican Party was the party of choice for business and professional people. But in the most recent presidential election whites of all age groups and all social classes voted for Romney, even though Republican Party elites have done essentially nothing to defend this constituency.

[“Fear of a changing America] also explains why so many on the right vehemently opposed the Senate immigration bill, a bill that actually embodies many conservative, non-governmental principals: reducing our deficit by billions, growing our economy, creating jobs and spurring new entrepreneurial activity. In a pre-tea party world, the Senate immigration bill would have been welcomed by House Republicans. However, the tea party rank and file know it's a different America. It looks different; it prays different; it works different. This is unsettling and angering to some.

The idea that there is anything at all in the Senate immigration bill that is “conservative,” fiscally prudent, or likely to “grow the economy” is of course a bald-faced lie. Schumer’s Senate colleague Jeff Sessions has it right:

With three job seekers for every open job, [Obama] proposes doubling the number of guest workers entering every year, granting immediate work permits to millions of illegal immigrants, and tripling the number of new immigrants granted permanent residency over the next decade.

Today, the U.S. admits 1 million immigrants a year. The plan supported by the president and Senate Democrats would increase that to 3 million a year, or 30 million largely lower-skill immigrants over the next 10.

Did anyone ask the American people whether they wanted to triple immigration?

Polling shows that the public opposes these increases. The opposition is particularly strong among lower- and middle-income Americans. Those earning under $30,000 prefer a reduction to an increase by 3-1.

This is not hard to understand. From 2000 to 2013, a period of record immigration, the number of U.S.-born Americans with jobs declined by 1.3 million while the number of immigrants with jobs incr eased 5.3 million. On net, all employment gains went to immigrant workers.

There go those lower-and middle-income Americans again—still fighting for their legitimate, rational interests after all these years, and despite Schumer’s assertion that most Americans “overwhelmingly” support the Senate immigration bill.

But now, they are fighting a rear-guard action in the House of Representatives, their power dwindling with each election cycle.

The bottom line here: Schumer correctly depicts the issue as an ethnic conflict in which White Americans are losing. And it’s clear which side he is on—the same side as the organized Jewish community and non-White America, which overwhelmingly votes Democrat (80% for Obama in the 2012 election).

I believe that Schumer is also correct that the pleas of the Tea Partiers for limited government are really all about fear that the America they once knew and loved is fast disappearing, along with their power and cultural influence.

In other words, it’s about implicit whiteness—attitudes that express White interests and attitudes but without explicitly framing them in racial/ethnic terms.

This is unlike the 1920s, when immigration patriots argued that all groups in the country had legitimate ethnic interests, so that a pre-Great Wave ethnic status quo was fair to all. (They did not, contrary to myth, argue that any group was superior.)

The fact that arguments defending the ethnic status quo are missing in mainstream debates over immigration is yet another sign of the dominance of the anti-white Left. The argument from ethnic interests is powerful, and it is at least arguable that without explicitly legitimizing arguments based on ethnic interests, the anti-immigration forces cannot win. But apparently it cannot be made.

In default of such arguments, it is no surprise that the Tea Partiers resort to rhetoric about the size of government.

Schumer’s solution for destroying the Tea Party: to convince them that big government is just fine, by emphasizing things like Social Security and Medicare which appeal to white Americans.

But, as he is quite aware (on the questionable assumption he is honest), it’s not really about big government. It’s about the eclipse of white America.

Kevin MacDonald [email him] is professor of psychology at California State University–Long Beach and a frequent contributor to The Occidental Observer. For his website, click here.