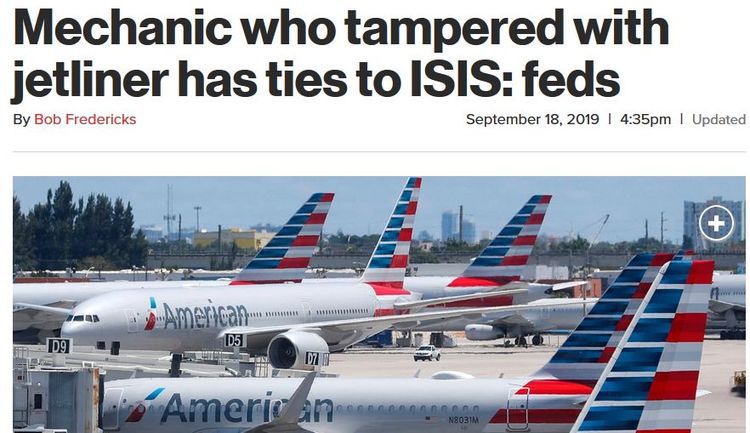 I mentioned about ten days ago in “Time for a National Immigration Safety Board” the case of the Iraqi mechanic in Miami who sabotaged an American Airlines jetliner. At the time it was said to be Totally Not Terrorism. Instead, he was just trying to get some overtime hours by 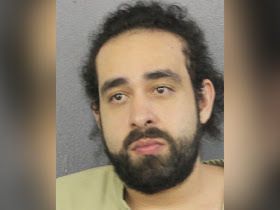 creating a problem he would need to fix.

Now, the NY Post is reporting that this guy may have had mixed motivations:

Mechanic who tampered with jetliner has ties to ISIS: feds
By Bob Fredericks September 18, 2019 | 4:35pm

The American Airlines mechanic who disabled a key navigation system on a jetliner leaving Miami — saying he did it over a labor dispute — had grisly ISIS propaganda videos on his cellphone, federal prosecutors said in court on Wednesday.

Prosecutor Maria Medetis said that when investigators grilled the mechanic, Abdul-Majeed Marouf Ahmed Alani, after his arrest on Sept. 5, he told them he had an “evil side” and that he “wanted to do something to delay” the plane, which had 150 people onboard, the Miami Herald reported.

But a co-worker told investigators that Alani had once said his brother was a member of ISIS, and that he traveled to Iraq in March to visit him.

Prosecutors said authorities also discovered a November 2018 article that had been sent to him about one of the Boeing 737 Max 8 crashes, and that the article described issues with the plane’s navigation system.

“What you did was at minimum highly reckless. It was unconscionable,” federal Magistrate Judge Chris McAliley told Alani in court Wednesday.

Authorities also said at least one of the ISIS videos was downloaded on Alani’s phone and sent to another person with a message that called for Allah to “use all your might and power against the Kafir,” or non-believers of Islam.