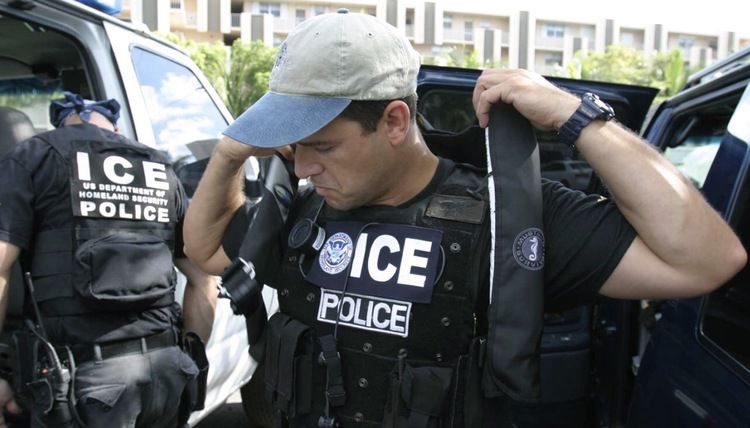 ICE Raids Fail In New York: Resistance, Or Deliberate Sabotage By ICE Itself?

The much vaunted “millions” to be deported, actually only 2,000 recently ordered removed illegal aliens from the Caravan Of Death To America By Demographic Displacement, is not off to a good start. Illegal aliens on the target list in New York City successfully avoided arrest by doing absolutely nothing. Worse yet, the assigned Deportation Officers (DO) from U.S. Immigration and Customs Enforcement (ICE) Enforcement and Removal Operations (ERO), and possibly from ICE Special Victims Unit (ICE SVU) Special Agents, went home empty handed, not even taking the initiative to sweep up any illegal aliens in the vicinity, such as at a nearby day labor hiring site or the local Home Depot parking lot.

The U.S. Immigration and Customs Enforcement (ICE) reportedly attempted raids in New York City on Saturday, but no arrests were made.

According to the New York Daily News, federal agents conducted the operation in Brooklyn’s Sunset Park, where they rang multiple doorbells in an apartment building but later left without taking any illegal aliens into custody. The Wall Street Journal reports that agents were turned away because they showed up without warrants. A similar situation occurred in Harlem, the Journal states.

Is this a case of ICE sabotaging the operation? Very likely. Word from my sources, ICE ERO and ICE SVU have ordered their officers and agents to no longer use pretext and subterfuge to gain entry to make arrests. Such tactics were common until the end of the Obama Regime, and apparently the saboteurs at ICE, I’m looking at you David Marin, have continued the Obama policy to aid illegal aliens avoid arrest. This is quite different from even George W. Bush’s administration, where ICE was free to use whatever tactic was useful to gain entry.

Also evidence of deliberate sabotage by senior ICE management, the failure of local ICE officers and agents to obtain either criminal arrest warrants for aliens who have refused to depart as required by law, or obtain civil search warrants (known as Blackies Warrants) to search property for illegal aliens.

The Trump Administration has recently started fining illegal aliens who refuse to depart as ordered by the Executive Office for Immigration Review (EOIR), the immigration courts. However, the Trump Administration continues to fail to criminally charge illegal aliens who refuse to depart when ordered by the EOIR, a criminal offense under Title 8 USC Section 1253, Penalties Related To Removal. This provides for a sentence of between 4 and 10 years, as well as a criminal fine, usually at $250,000.00. Given the length of time that these raids were being planned, and the extra three weeks President Trump gave after delaying the raids, that was plenty of time for ICE to obtain criminal arrest warrants for those illegals who have absconded from their deportation orders.

ICE also had the time to obtain Blackies Warrants, which are civil search warrants obtained from a Federal Magistrate Judge or District Court Judge authorizing a search for an illegal alien. A Blackies Warrant was used by the legacy INS to gain entry into the house where Elian Gonzalez was staying to enable his arrest and deportation.

Why has ICE been so unprepared and unsuccessful in this recent round of arrests? One might attribute it to a long term decline in experience doing the basic immigration work, but most current ICE employees have been in service since the Bush years and know the basics about their job. It appears to be deliberate sabotage. ICE appears to be no longer interested in being successful. Time for President Trump to bring back Tom Homan, or bring in Kris Kobach.