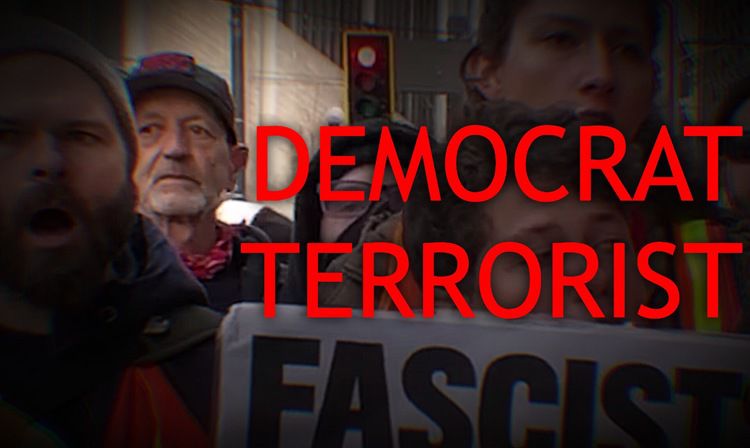 Antifa Terrorist Attack On ICE, No Raids Or Arrests Directed Against Antifa

An Antifa terrorist attacked a detention center owned by GEO Group on contract with the U.S. Immigration and Customs Enforcement (ICE), for detention services, this weekend. And as of today, there has been no movement by the Department of Justice (DOJ) and the Federal Bureau Of Investigation (FBI) to make arrests of other Antifa terrorists. It was almost as if Sleepy Jeff Sessions was back at the DOJ.

The police fatally shot a man who was attacking an immigration detention center in Tacoma, Wash., on Saturday morning, the authorities said.

The man, who was armed with a rifle, was throwing unspecified “incendiary devices” at the Northwest Detention Center, according to a police statement. The man, identified by officials on Saturday afternoon as Willem Van Spronsen, 69, of Vashon Island, Wash., continued throwing lit objects at buildings and cars, the statement said.

As usual, the NYT was running interference for Antifa, failing to mention Van Spronsen’s long-time membership in Antifa and the support from Antifa for his attack. Antifa has long been allowed to openly operate as a terrorist conspiracy, openly using violence to further its political program, the very definition of terrorism.

He left an Antifa supporting manifesto at the scene of his quick death at the hands of the Tacoma Police Department.

No one should be surprised about this upsurge violence from the left. It has been a long time coming, and predicted some time ago by your humble correspondent here on VDARE.com soon after the Inauguration Riots.

Of course, most minor Cabinet officials face no real threats. Few people want to kill the HHS Secretary or the Secretary of Commerce. The DOD, Attorney General, or DHS Secretaries, maybe—but the Education Secretary? Unlikely, until the election of Donald J. Trump and the consequent Leftist tantrum. Apparently the head of the protective detail at DOE had not paid attention to Democrat Party rhetoric that says it’s OK to punch Nazis, and all whites and Republicans are Nazis. And by punch, they mean assassinate.

[Fed Failure: What That Attack On Betsy DeVos Says About Civil War II, by Federale, February 20, 2017]

And it is the Deep State Resistance that is enabling and encouraging this leftist terrorism. The Trump Administration has allowed terrorists like the Inauguration Day rioters, Portland Antifa rioters, Berkeley rioters, etc. to get off scot-free. We are already in Civil War II, but it is only the Left that is fighting. Just as the border has collapsed under President Trump, so has civil society. He has done nothing to stamp out such sedition and terrorism. Why? Who knows? He seems to have the instincts, but the moment Jared Kushner gets his claws into something, President Trump collapses like a house of cards.

Clearly things must get worse, much worse, before they get better. And by better I mean President Trump fulfilling his Oath of Office to see that Antifa is crushed like a bug with ruthless coercion.