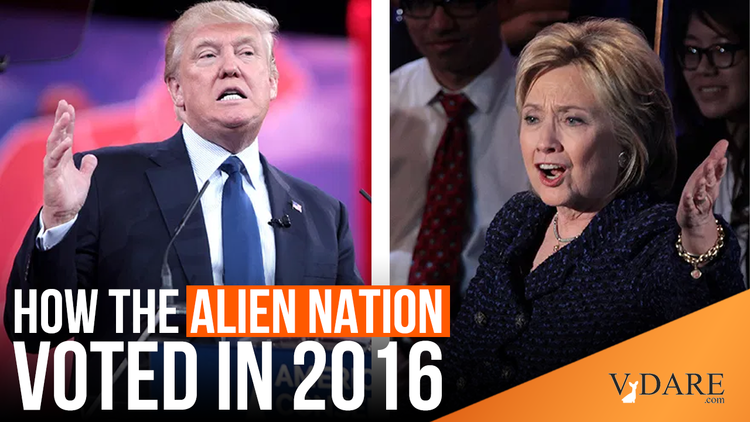 Earlier: What Will Amnesty Do For The Tens Of Thousands Of Illegals Who Don’t Even Know They’re Aliens—And Will They Be Allowed To Vote?

Of the 45,848 people surveyed by the Cooperative Congressional Election Study concerning who they voted for in the 2016 US presidential election, just 59 were non-citizens. That comes to a little over 0.1% of the electorate, or 1 in 777 active participants. The survey does employ seven methods to validate that a self-reported voter is actually eligible to vote. Here are the variables:

How rigorous are these validation measures? Beats me. Each of the seven variables only partially covers the entire pool of self-reported voters though many non-citizens are listed as being validated by at least one of the processes. Non-citizens are allowed to vote in non-federal elections in a handful of jurisdictions. This survey primarily concerns the 2018 mid-terms, so it makes sense that non-citizens were included in states like California and Maryland, where some non-citizen voting is allowed.

Multiple states also automatically register people to vote upon their attaining a driver’s license, and driver’s licenses are available to non-citizens–including illegal aliens–in several states. This method is likely the more substantial source of fraudulent votes. When one of these auto-registers shows up on election day and requests a ballot, how often is he given one? How often are those votes marked as provisional and then thrown out? Again, beats me. I suspect the number is trivial but not zero.

Parenthetically, of those 59 self-reported non-citizen presidential votes, 34 went to Hillary Clinton, 16 to Donald Trump, and 9 to a third party.