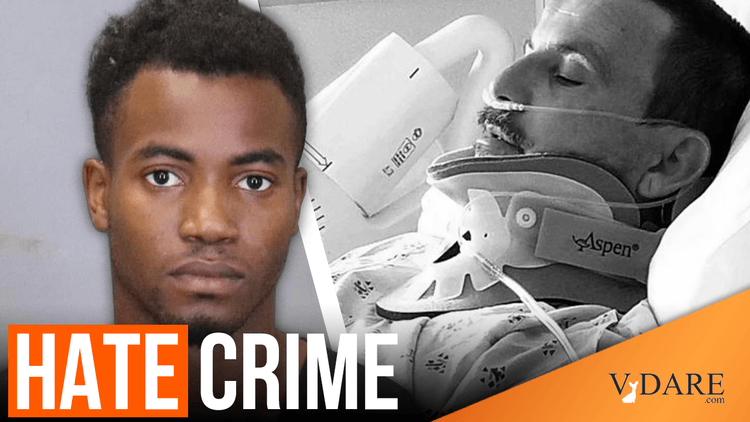 What do you think are the consequences of the endless promotion of the Black Lives Matter canard? Even those lacking the quality of perspicacity can see it coming from a mile away. If white people are responsible for the state and quality of life for non-white people, logically then all white people must be punished for this sin. The suspect in the Aug. 25 AutoZone stabbing on 32nd Street made his first appearance in court.

Jayvon Hatchett, 19, is charged with aggravated assault and possession of a weapon during the commission of a crime.

Hatchett faces these charges for a stabbing he allegedly committed on Aug. 25 around 8:36 a.m. at the AutoZone. Police said he stabbed a store employee in an unprovoked attack.

Mills told the court that when he Hatchett why he stabbed the AutoZone employee, Hatchett said he “felt the need to find a white male to kill” after watching videos of police brutality happening across the country.

Hatchett is being held without bond at the Muscogee County Jail until his case goes to Superior Court.

When black people are exposed to this concept of unrelenting criminal justice system racism/white supremacy/white racism/white privilege/implicit bias/systemic racism/legacy of Jim Crow is solely responsible for holding them down, what do you think is going to happen?