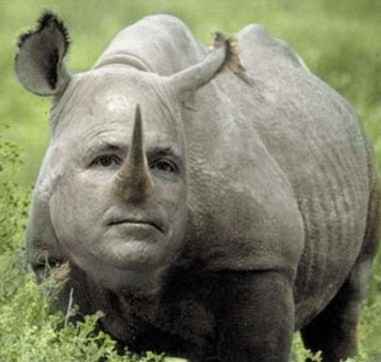 McCAIN: Hispander to win Presidency: Look how it worked for me!

The MSM’s favorite RINO was working his passage the weekend, back exaggerating the importance of the Hispanic vote in an obvious effort to defend Gingrich Hispandering:

"Sen. John McCain (R-Ariz.) said Sunday that Republicans should tread carefully on the issue of immigration so they do not alienate Latino voters, adding that the party may be able to win in key southwestern states if they can appeal to Latinos.

"I think that the Republican party needs to discuss that issue in as humane a way as possible," he said on CNN's "State of the Union."

John McCain: Arizona, Colorado, New Mexico Could Be 'Up For Grabs' In 2012 Elise Foley The Huffington Post 12/4/11

Ironically, this assessment was just refuted by a poll published in McCain’s home state newspaper The Arizona Republic: Arizona may be out of Obama's reach in '12, poll indicates by Dan Nowicki Dec 3

"Obama's favorability rating is under water with Arizona voters, with 41 percent approving of his job performance and 54 percent expressing disapproval, according to the automated telephone survey conducted last month by Public Policy Polling… "I just don't think Barack Obama is going to win any states in 2012 that he didn't win in 2008," said Tom Jensen, Public Policy Polling's director."

The MSM and its hired hands like McCain will be doing everything they can for Gingrich in the coming weeks for an obvious reason: a Gingrich candidacy, flaunting a revived Bush Amnesty/Immigration Facilitation plan is likely to produce a McCain-like poor white turnout.

At this point this is Obama’s best chance.