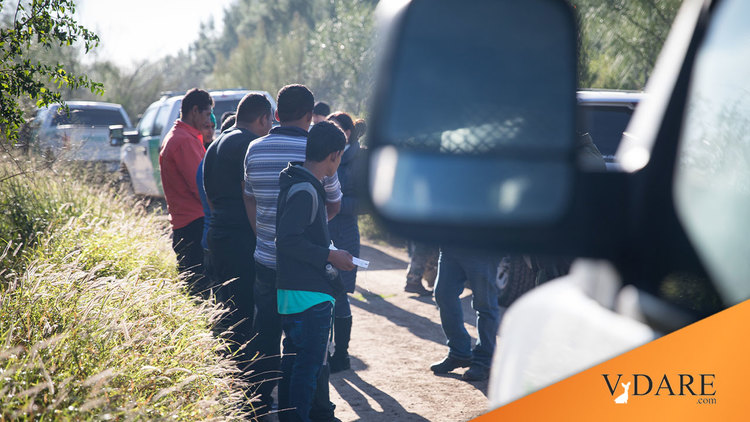 Brandon Judd, head of the National Border Patrol Council, says a caravan of Guatemalan illegal aliens will land at the border just as the Biden Regime lifts the implementation of Title 42, the law that allows federal authorities to immediately expel “migrants” for health reasons.

Speaking to Fox News Digital, the head of the border agents’ union did not say how many Guatemalan invaders will march north. He did say the colonists have timed their journey so they arrive on May 23, the date the regime is set to lift Title 42. POTUS 45 Trump implemented the law in 2020 to stop illegals with the China Virus from entering the country.

In other words, Guatemalans and every other living soul south of the border heard Biden loud and clear:

“Yes, I have been informed a caravan is planning on leaving Guatemala with the intent to arrive at the US Border on May 23,” Judd wrote in an email. “The problem with caravans is that they often break up into smaller groups after crossing into Mexico.”

“Organized crime or the cartels have them break up prior to arriving at our border due to the optics,” he continued. “I can't say whether this will happen with this particular caravan, but that has been the trend.”

[New Guatemalan migrant caravan expected to arrive at southern border in May when Title 42 ends, by Houston Keene, April 14, 2022]

“The Biden Administration’s border policies are a disaster for our country and the safety of our citizens,” said Florida Attorney General Ashley Moody, whose state is one of the new additions to the case. Moody called President Biden’s decision to lift Title 42 a “reckless” one.

“I will keep fighting every day to protect Floridians from his catastrophic leadership,” Moody said.

“This suit challenges an imminent, man-made, self-inflicted calamity: the abrupt elimination of the only safety valve preventing this Administration’s disastrous border policies from devolving into unmitigated chaos and catastrophe,” the new complaint states.

The complaint notes that even a number of Democratic senators have opposed the administration’s decision to end Title 42 effective May 23, quoting Sen. Joe Manchin, D-W.Va., who called it a “frightening decision.”

State that joined the lawsuit include:

Biden’s own people predict that border agents will handle as many as 18,000 illegals per day if Title 42 disappears.

By September 30, when the year ends, that number might be 3.5 million.