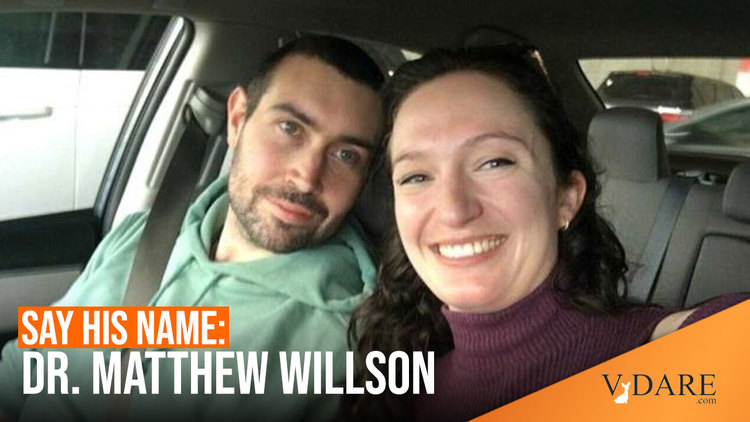 His Name Is Dr. Matthew Willson: British Astrophysicist Killed In His Girlfriend's Apartment Outside Atlanta By Stray Bullet Fired By Unidentified (Probably)Black Suspect

We all know what happened. We all know who pulled the trigger of the gun killing Dr. Matthew Willson, an Englishman visiting his girlfriend in Atlanta.

But in a country dominated by black privilege, to admit who is behind Dr. Willson’s death is tantamount to upholding white supremacy, white privilege, systemic inequality, implicit bias, and invidious discrimination. Oh…and redlining and food deserts. 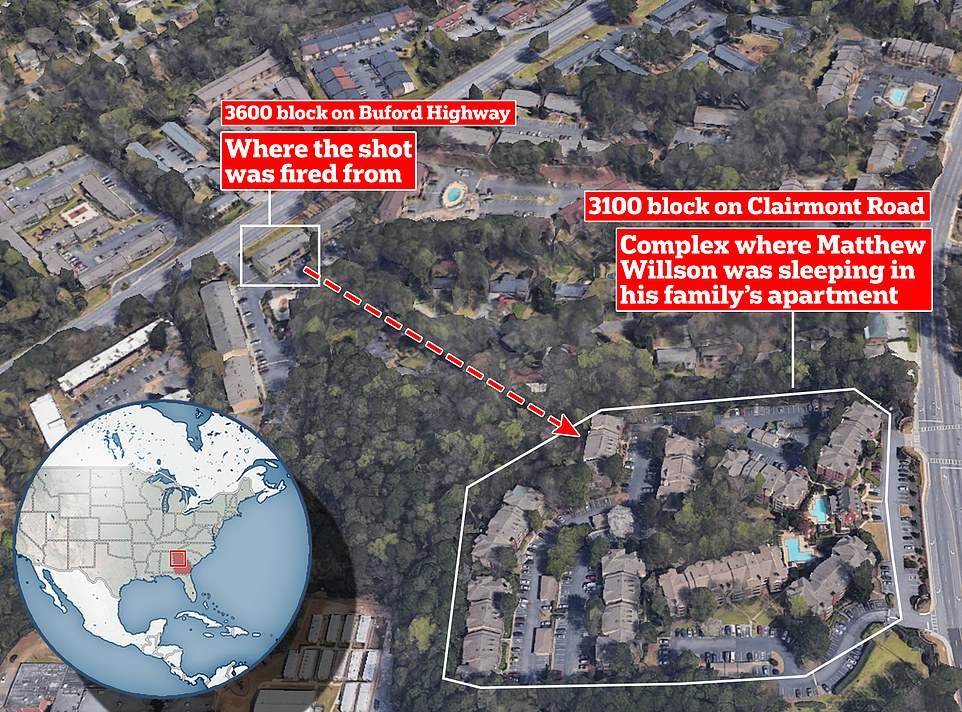 But we all know a black individual pulled the trigger of the gun firing the bullet “randomly” killing Dr. Willson in Brookhaven (a city just outside Atlanta and Buckhead).

Girlfriend of Brit shot dead in bed held him as he was dying and wants gunman ‘to pay’: Dr Matthew Willson’s girlfriend Katherine Shepard has revealed how she held her partner in her arms for 20 minutes as they waited for an ambulance after the shooting in Brookhaven, Atlanta, The Mirror, January 22, 2022

The girlfriend of a Brit fatally shot by a stray bullet while he was in bed held him in her arms for 20 minutes as he was dying.

The deadly round travelled through a wall and hit 31-year-old Dr Matthew Willson, from Chertsey, Surrey, in the head at around 2am last Sunday.

Dr Willson was visiting his girlfriend Katherine Shepard in Brookhaven, Atlanta, US, when the shooting took place three days into the trip.

In her harrowing first interview since the tragedy last week Ms Shepard has now revealed how she held Mr Wilson as she waited for an ambulance to arrive.

She told WSB-TV: “I held him for another 20 minutes while we waited for the ambulance.

“And while we were waiting, there were more gunshots fired.

“He was supposed to be here for three months because we’ve been long distance for a while.

“I picked him up from the airport, took him to his favourite eating location, and the next day, he’s gone.”

Ms Shepard, who met her boyfriend while studying astronomy at Georgia State University, went on to demand justice over Dr Willson’s death.

She said: “I would love to see a change in our society where this doesn’t happen.

“But for us, and for this one incident, I want this person to pay.”

The astrophysicist was rushed to a nearby hospital where he later died, police said.

Dr Willson’s sister Kate paid tribute to her brother, telling WSB-TV: “He made everyone around him smile and laugh and he always brought joy to the people that were around him.”

She added that she was shocked by the nature of her brother’s death as there is no ‘gun culture’ in England.

Sgt Jake Kissel, from the Brookhaven Police Department, said that while the shooting is believed to have been a random act, the death is being treated as a homicide.

There have been no arrests so far.

Sgt Kissel said the stray bullet that hit Dr Willson travelled less than 100 yards and entered through an exterior wall of the apartment.

“The two apartment complexes where the gunfire took place and where Matthew was staying, they’re separated by a patch of woods, so they back up to each other,” the officer told the PA news agency.

“We’re saying it’s the reckless discharge of firearms from one apartment complex and the stray bullet travelled through the woods and entered his apartment.”

He said investigators are following up on all leads, adding: “We’re receiving tips from the public and our investigator team has been working around the clock to ensure that we’re tracking down the individuals that are responsible.”

Talking about the incident, the officer added: “It’s the first of its kind in my knowledge to the city of Brookhaven where an innocent bystander is struck and killed by a stray bullet.

“For me and my 15-year law enforcement career, this is the first time that I’ve ever dealt with this type of situation.

Fear of speaking the truth is what keeps alive this insidious system. Brookhaven is a part of DeKalb County that successfully incorporated. For those wondering, Atlanta is in both Fulton and DeKalb County. The most affluent parts of Brookhaven touch Buckhead on Peachtree Street and are built around the Brookhaven MARTA station.

Dr. Matthew Willson was the victim of wanton black violence in Atlanta.

We all know it.

We could have been on Mars, but we had to pretend in equality for 60 years.