Future of the American Wokeplace: Buttigieg "Staff Members of Color" Rant About Microaggressions

As the candidate courted nonwhite voters, employees of color were voicing their frustrations, according to interviews, documents and a recording. The campaign said it worked to foster a progressive workplace.

In early December, more than 100 members of Pete Buttigieg’s presidential campaign staff gathered at the South Bend City Church a mile from headquarters for a mandatory half-day retreat about diversity and inclusion. Less than two months remained before the start of voting, a time when most campaigns are focused full-time on politics.

Buttigieg advisers say the retreat was part of an ongoing effort to foster a progressive culture that empowered employees of color. For some of these staff members, however, the workplace itself was a problem, and working for a candidate with so little support from black and Hispanic voters had become demoralizing.

In interviews, current and former staff members of color said they believed that senior Buttigieg officials didn’t listen to their concerns and ideas about the campaign. One said there was a daily “emotional weight” on people of color who felt they were employed in order to help the campaign meet its ambitious diversity targets. Some Hispanic employees felt disrespected when managers asked them to translate text, even if they didn’t speak Spanish.

A follow-up meeting nearly two weeks after the retreat — organized by staff members — became emotional, according to two people who attended. Some employees of color spoke about feeling disrespected by white colleagues. Others said they felt stressed from having to answer questions from friends and family members about working for a candidate struggling with minority voters, the two people said.

A second meeting, on Jan. 2, featured lengthy discussions of the importance of diversity in hiring and sometimes tearful descriptions of the difficulty of recruiting people of color to the staff, according to a recording of the session that was provided to The New York Times. …

From the beginning, Mr. Buttigieg’s inner circle of top advisers, most of whom are white, went to great lengths to hire a diverse staff, and they say they reached their target number: forty percent people of color, a high proportion that is usually a plus for campaign outreach to voters of color. Chris Meagher, a spokesman, said the campaign had made an effort to hire people of color in leadership positions, including Brandon Neal, a senior adviser.

The campaign held an initial staff retreat that included a session on diversity in May, then held the December retreat in South Bend and scheduled local retreats in December and January for workers in Iowa, Nevada and South Carolina, Mr. Meagher said. …

Yet as Mr. Buttigieg rose in the polls through last year, his struggle to win over black voters became the biggest threat to his chances, and pained many minority staff members.

Okay, but the People of Color staffers are getting paid to help win over the People of Color voters, so maybe rather than complain about how they aren’t accomplishing what they were hired to do, they should apologize for their failures and then work harder.

Here’s a word never mentioned in this article: “gay.” One big reason Buttigieg isn’t winning over black voters is because he’s gay. But this is going to be like after the 2008 referendum in California when tons of black church ladies turned out to vote for the nice Mr. Obama and stayed to vote against gay marriage. That was so embarrassing to the Coalition of the Fringes that the NYT had to blame the California results on how Mormons control the media in California (what I call the Protocols of the Elders of Zion National Park).

At one point, Mr. Schmuhl, tears in his eyes, told staff members that he understood people of color on the campaign were “hurting,” according to three people who were present. …

On Jan. 1, the campaign’s national engagement coordinator, Raven Hollins, circulated a survey soliciting examples of microaggressions in the workplace, asking that only people of color complete it.

The first question asked whether employees of color had experienced any of six microaggressions from a white colleague, a list that included being interrupted and being “called the name of a different staff member of color.” Ms. Hollins declined to comment. 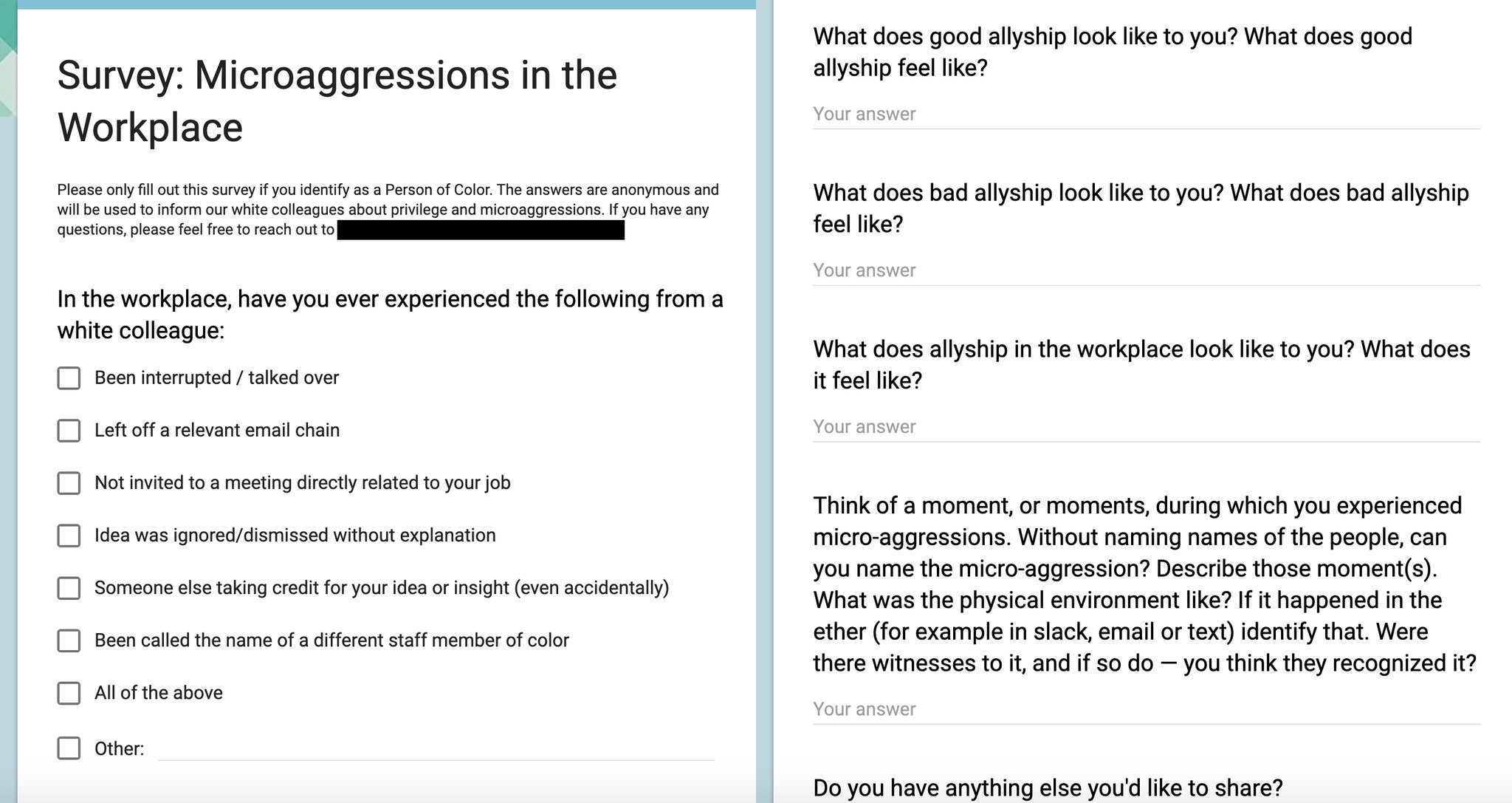 But for some reason the survey didn’t ask if any white person had touched your hair, which is a mesoaggression in itself.

Also during the Jan. 2 meeting, Buttigieg aides responsible for meeting the campaign’s diversity goals spoke in emotional terms about the difficulty of hiring minority candidates, the recording shows.

Alexis Gonzaludo, a member of the campaign’s fund-raising department, told colleagues that “my stomach is in knots” as she talked about the difficulty of attracting diverse candidates. She said she had become dismayed when she looked in the campaign’s hiring database and “it’s just like, a bunch of white dudes.”

“It’s been a shock, but not a surprise — really hard to find diverse candidates,” Ms. Gonzaludo said. “I feel a lot of pressure to, like, just hire someone.”

This is the future of the American workplace: endless meetings in which Persons of Color get incoherently emotional.

You can see why tech companies are letting Indians take over their firms: diversity is not working, so creeping racial monopolization by somebody who feels zero white guilt at least might get some work done.