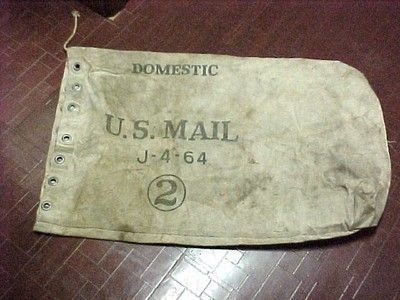 From the Derbyshire Email Bag: War Between The Sexes, And The One And Two Spaces, Etc.

My reportage from the war between One-Spacers and Two-Spacers brought in some indignant emails from zealots on both sides.

Mentioned three or four times was the theory that double-spacing after a period is only appropriate with typewriter fonts like Courier, in which every letter has the same width on the page. The idea, I think, is that double-spacing breaks the monotony of typed text.

I don't buy that. Typesetters have been leaving lots of whitespace after periods in proportional-font text for ever; well, certainly since 1906, the publication date on my Everyman's Library edition of George Borrow's The Bible in Spain. The remarks in my May 18th podcast about fertility and the fading of interest in sexual intercourse across the Western world also generated some email. A couple of them ventured impertinent speculations centered on the concept of psychological projection, speculations I shall not dignify with a response.

Audacious Epigone had some sensible things to say about the topic.

For obvious biological reasons, women are the more restrictive sex. Men request access, women grant it. What is deemed "unwanted" is entirely up to the subjective judgment of the woman in question. It's tough for men to gauge whether or not the compliment is wanted or unwanted until after it is made.

This makes apprehension manifesting as approach anxiety relevant again for men. Exploding Muhammads excepted, today it's relevant not because the woman's brother or father might put a shiv in your ribs for approaching, as was the case earlier in human history. It's relevant instead because the woman who is approached may decide not only is the one who approached her beneath her attention, but he should suffer for thinking she'd have anything to do with him.

For alphas, this isn't that big of a deal, though it carries risks even for them. For lesser betas and omegas, however, it's ruinous.

Who is at the head of this women's march to sexual market collapse?

Excellent quantitative blogger that he is, Audacious has graphs to illustrate his point and show us the answers.

However, I take exception to commenter Lance E, who wrote:

What is he [i.e. me—JD] even talking about? Obesity and mental illness were nowhere near as rampant 50 years ago as they are today, and that's to say nothing of all the self-mutilation (blue hair, tattoos, and so on). Men may be more soyified than ever, but women are more unattractive than ever. What self-respecting dude is going to go out on a limb for some pussyhat-wearing fatty with a nose ring?

Frickin' Boomers and their narcissism. They never shut up about how great their generation was/is, in their oh-so-humble opinion.

First off, I'm a Silent, not a Boomer.  Boomers, feugh.

And then, I didn't really have obesity in mind. People fifty years ago, including educated white people, just didn't look after themselves as well as today's cohort. We smoked too much, drank too much, and didn't take regular exercise. For a twentysomething college graduate in the mid 1960s, going to bed drunk after smoking a pack of cigarettes was a perfectly normal experience. Trust me on this.

Is there more obesity overall now than there was then? Probably, though I'll leave it to Audacious to do the leg work and dig up some graphs. Now as then, though, obesity is mainly a thing with minorities and low-prole whites. Outside the projects, barrios, and trailer parks you don't see much obesity. The same applies to tats and nose-rings.

(I have a very vague impression that seriously wealthy people were more often fat fifty years ago; but if that's right, there weren't enough of them to move the statistics.)

On the mental illness point: fifty years ago crazy people were locked up.