Odds on November.  In this weekend's Radio Derb (also blogged here) I quoted a friend telling me that when he looked the other day, "I discovered that [Trump is] favored to win on every single online gambling site, from a five percent to a forty-five percent advantage over Biden."

A mighty host of listeners and readers emailed in to say that, no, all the online betting sites have Biden ahead.

I'm not a gambler myself, so I'll step aside and let my friend speak. This is someone I've known for years, a sober and scrupulously truthful guy, pro-Trump in the same feeble sense that I am: i.e., expecting nothing much from Trump after 3½ years of disappointment but horrified by the alternatives on offer.

When I told him what my emailers were saying, he responded yesterday morning with:

This site posts a summary of odds.

The numbers at the moment reflect that Biden is the current favorite, as your commenters state,but I assure you this was not the case when I checked yesterday. The numbers you see reflect the return on $100 wagered. So the +120 for Trump returns $120 and the -160 for Biden reflect a $62.50 return for every $100 wagered. These are the results of a few moments ago. They may be subject to rapid change. And I have no idea if this 'summary' is historically accurate. I’ll run through the specific sites I went to in a bit and see if it can be confirmed.

I can't explain the disparity except to say that it's possible I looked immediately after someone had made a large wager on Trump and the odds have been adjusted since. This seems unlikely to me, but it’s my best guess as to the difference. I assure you there was no error. I was looking for the numbers to be something akin to as they're shown now (or slightly worse) so I was reporting my surprise at what I found.

Be all that as it may, I still think that my friend makes the case for voting Trump in November as succinctly as it can be made: "four more years of bobbing around the ocean in a lifeboat … but it beats sinking."

Brainteaser solutions. A reader has grumbled that in my June Diary I didn't provide a solution to the brainteaser in my May Diary.

Sorry: I actually post solutions at my own website, usually when I archive the diary there. I should note this fact in the subsequent month's Diary, but keep forgetting to do so.

Looking at that page of puzzle solutions, I see I'm up to 72, going all the way back to August 2002. When I get to 100 I'll try to interest publishers in a book of them.

Woke prosecutors in the Bronx. A Jewish friend thinks that the age factor is big among the Jewish prosecutors.

For at least fifty years ... liberal Jews have been conditioned to ignore anti-Semitism (and of course anti-Zionism, which many of them even adopt) when coming from the Left and blacks. To notice such things is to be parochial and chauvinistic, and we can't have any of that.

It started at the upper classes, of course, and those like the lone dissenting prosecutor ... would have been at least partially immune. I'm not saying he's any sort of conservative, but he'd have been raised to at least Notice, if only subconsciously. By 2020, however, it's filtered down to the whole Jewish community, or at least the Left end of it, which is most of it. The real threat to Jews comes from Trump, etc. etc. 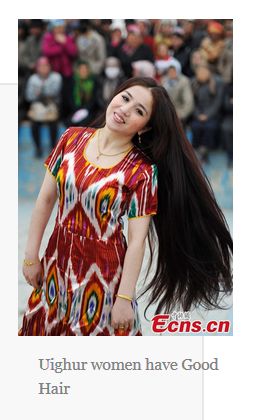 The other big market for hair is weaves for blacks. What is it with blacks and Jews?

A different reader tells me that during the great age of wigs in the 17th-18th centuries, one major source was nunneries, novice nuns being required to have their hair cut short. There was enough of a market, though, that it was widely suspected—though strenuously denied by suppliers—that hair shaved from the heads of executed criminals also found its way to the wig-makers.

"Aboriginette." On my attempt to find a word for female Australian Aborigines in the June 26th Radio Derb, a listener from Down Under tells me that:

There was a time when an Aboriginal woman was generically referred to as a 'lubra' but this long ago was assigned as having not only 'racist' but 'sexist' overtones and is no longer used in polite/woke company.