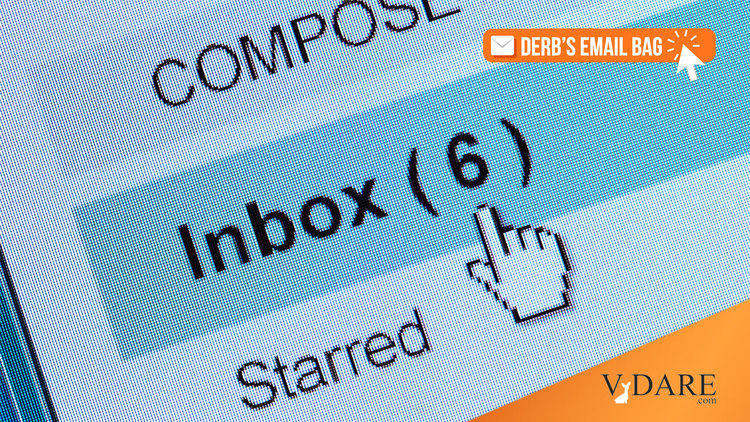 • Brainteaser:     Answers to the Math Corner brainteaser in my August Diary are here.

• Boomsday:     Also in my August Diary I wondered aloud whether there is Boomercide in our future. A reader tells me that Christopher Buckley wrote a novel on more or less that theme: Boomsday (2007). I did not know that. 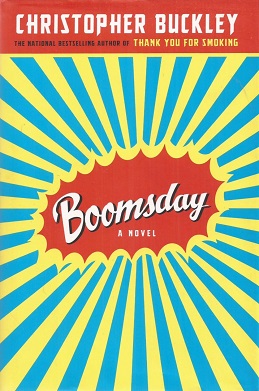 Customer in diner:  ”May I ask you about the menu, please?”
Waitress:  ”I’m afraid not. The men I please is none of your business.”

A Russian-speaking reader tells me that this is a rare case of a pun that has a close Russian relative. I’m going to Latinize the Cyrillic here. If you don’t know the Russian alphabet, that will make it easier on your eye. If you do, you can easily make the appropriate substitutions.

Explanation:  The customer’s Russian is slightly ungrammatical. He’s from one of the neighboring ethnicities, probably Georgian (stereotyped by Russians as oversexed). Blyudo (”dish,” here in the genitive plural) is dangerously close to blyad’ (”whore”).

To make sure she heard it right the waitress asks, ”You want a menu?” Myenyu (”menu”), however, is dangerously close to myenya (”me”) so the customer takes it to mean, ”You want me?” His reply is slightly ungrammatical: tyebyu should be tyebya, but the tyebyu-myenyu similarity and the poor grammar make the joke funnier.

• Artemis fail:     Several listeners emailed in to tell me I was way too nice (me, too nice!) about the Artemis program that is supposed to land Americans on the Moon by 2025.

I omitted to say that it’s a joint public-private program. The Artemis I launch that failed on August 29th was part of the public effort run by NASA; the private side is the Starship system being developed by Elon Musk’s SpaceX under contract to NASA.

The scrubbed August 29th launch of NASA’s Artemis I was, as I said, rescheduled for September 3rd. That launch was scrubbed too, though. Subsequent reschedulings to September 17th, 21st, and 23rd have likewise been scrubbed. The latest scheduled date is September 27th, with October 2nd as ”a potential backup date that is ’under review,’ according to NASA.”

The technical issue causing all the holdups is explained in a video at the Wall Street Journal website. There is, however, a deeper institutional-managerial-political problem underlying the technical one. It’s only briefly hinted at in that video. For a more…forceful account, read this post at arstechnica.com back in May.

• Junior’s job search.     Concerning the bad manners my son has been encountering in his job search, readers of my August Diary have been trying to help. One offered this:

I can offer some perspective from the employer side of the process. I have been in a position to do hiring for 15+ years and have seen a sea change in applicant behavior. During that time, I have had applicants not show up for interviews, accept the job and then not show up for the first day of work and start work and then stop showing up within the first week and not respond to messages. This was previously limited to working class-type jobs but has now become common for those that are solidly middle class.

I hadn’t heard about companies no longer sending rejection letters to candidates who they’d invited back for a second interview. Typically I would think at larger companies that would all be automated and you would get a form letter or email once the job is filled. If they are smaller companies, then yes, it could be bad manners. They might also be delaying the rejection letters in case their first choice quits showing up for work.

A different reader said Junior should forget about being an employee and go into business for himself.

If Jr. goes into the corporate world…he can look forward to being passed over for promotion in favor of some incompetent black who then takes credit for all his good work and blames him for when things go wrong.

This reader then gave his imagination full rein and dug in his spurs.

Jr. should join the Woke side! Since he is half-Chinese, I presume he could pass for some kind of Hispanic or Native American? Which one should he choose? Both!

Now he needs to change his name: Daniel Two-spirit-Derbez, or... Daniel Derbez Pink-Eagle

Populate his social media with avowed wokery. Lotsa pics of him at LGBTQTIOPSSDK+ rallies with his male partner (don’t worry, it’s just for show). Then, once hired, play the race card on any white person who gets in his way for promotion or to squeeze out of a mess-up on his part. It’ll be awesome!

[Sigh.] The ”social justice” racket has made people so cynical.

• Royal primality.     A mathematically inclined friend emailed in with the following.

Possibly the only interesting thing about King Charles is his name, which, abbreviated and expressed in Roman numerals, is CIII, a prime number. The first Charles was also a prime (in number only): CI. There aren’t that many other candidates for prime monarchs. You can cheat and call Canute Canute I, in which case he was also CI. I leave the rest to you. Charles III was 73 when he acceded to the throne, and 73 is also prime. If, as I read somewhere, he’s the 61st monarch of England, then 61 is the third prime associated with his accession.

Uh… OK. I don’t know how you can get Charles being English monarch number 61, though. He’s number 57 on the most popular way of counting, which starts with Alfred the Great. That is not a prime, whatever Alexander Grothendieck thought. The second most popular way of counting starts with Egbert, King of Wessex, then proceeds through Ethelwulf, Ethelbald, Ethelbert, and Ethelred. That’s five extra monarchs, making Charles number 62—not a prime.