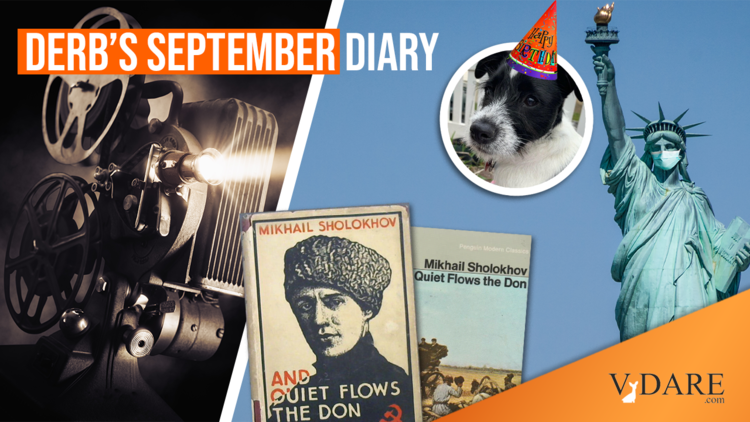 From Derb's Email Bag: Books, Including MINE WERE OF TROUBLE, Guns, Black/White Incarceration Rates, Etc. [7 Items!]

(1) New Yorkish.  In my September Diary I mentioned the common query "Jeet?" used when you want to know whether the counterparty has taken nourishment recently. Several readers reminded me of the related first person plural imperative form: "Squeet!"

(2) Brainteaser solution. (From that same diary.) There is a worked solution here. 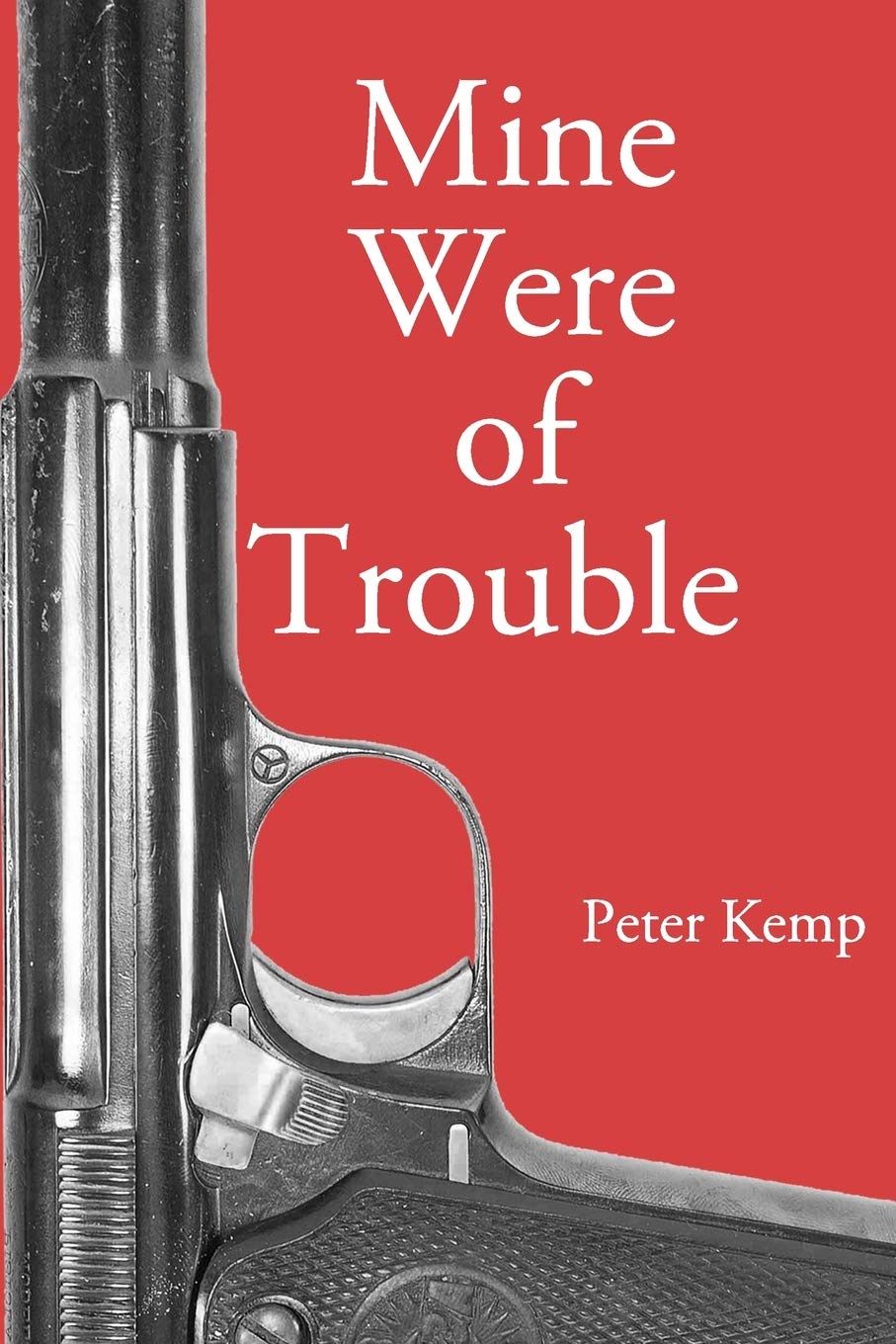 (4) Mine Were of Trouble.  Twelve years ago in my monthly diary I had a passing reference to Peter Kemp:

In conversation with some friends I mentioned Peter Kemp, the young Englishman who went off to fight for Franco in the Spanish Civil War and wrote a fine book about the experience, title Mine Were of Trouble.

In spite of being badly wounded in Spain—half his jaw was blown off by a hand grenade; his comrades anesthetized him with brandy—Kemp went on to be a war lover, seeking out danger anywhere he could find it.

This remarkable man seems to have sunk without trace. So has his book. I read it twenty years ago, but in a library copy. Thinking I'd like to read it again, I went to Abebooks.com, which has everything. The only copy of Mine Were of Trouble on Abebooks was a Spanish translation.

When I next checked eight years later

Amazon has no copies available. Abebooks had just one when I looked in late December, priced $269.95, "a darn nice ex-library copy." Darn nice? For that darn price, I should darn well hope so.

I have just heard from a reader that a small press reprinted Mine Were of Trouble earlier this year: See here. He adds: "There seems to be some criticism for the reprint's sloppy proofreading and omission of the original’s maps."

Alas, that is the norm nowadays. The art of proofreading is dead. We are in a lull between the age of good proofreading and the time, ten or twenty years from now, when Artificial Intelligence takes over and does the job properly.

As for the absence of maps:

Who the hell publishes a book about a major military campaign without including a single map? … This should be a felony. [From my August Diary.]

One more instance of this and I shall be in the mood to make it a capital felony.

(5) Sholokhov math. That same reader reminds me of the controversy—brought to the attention of English-language readers in 1974 by Solzhenitsyn—over Sholokhov having possibly plagiarized And Quiet Flows the Don from a Cossack or White Russian writer killed in the Civil War.

We may conclude that the sentence length data speak very strongly in Sholokhov’s favour, and dismiss D*'s allegations as speculations: the Stalin Prize in Literature 1941 went to the right person.

I can't judge how dispositive that is; and the way these controversies proceed, I have no doubt there are last-ditch defenders of the plagiarism hypothesis out there warming up to send me 1200-word rebuttals of Prof. Hjort. Life is short: I shall not read them.

(6) Gun pics.  A reader chides me for having shown my Lee-Enfield with its bolt cocked.  For photographic purposes, he says, the bolt should be open.

So it should. I am well chidden. But no, of course the gun was not loaded. I had only been easing the spring.

(7) Black/white incarceration rates.  An old friend (of mine, and of this website) takes issue with some math I committed in my September 11th podcast.

I'd commented on a speech by black socialist member of Britain's parliament David Lammy, complaining about what he says is anti-black bias in the criminal justice system over there. Quoting official statistics, Lammy noted that black people make up 3 percent of the population of England and Wales but 12 percent of the prison population, compared with 13 percent and 35 percent respectively, in the USA. I then said:

So on those numbers from three years ago, British blacks are imprisoned at four times the nonblack rate, while in America it's only 2.7 times.

My friend rebuked me thus:

It is not correct simply to divide 12 by 3 and get 4, and then to divide 35 by 13 and get 2.7. To do so ignores the fact that every increase in crime rates by blacks, as expressed as a larger percentage of the prison population as compared to the percentage in the population reduces the corresponding rate for non-blacks.

The correct multiple for the black/white incarceration rate for Britain is, using the same calculation, 4.6 rather than 4.

The tedious way to get the same result would be to take actual population and incarceration figures, and calculate an incarceration rate in terms of jailbirds per 100,000 population. Then you have the same denominators (100,000), so dividing the larger numerator by the smaller will give you the correct multiple. This is how you can check my method if you are skeptical.

My friend is quite right. To salve my self-esteem, I shall write this off as a linguistic fault, not an arithmetic one. I should have written something like "The proportion of blacks as prison inmates is four times their proportion in the nation's population …"