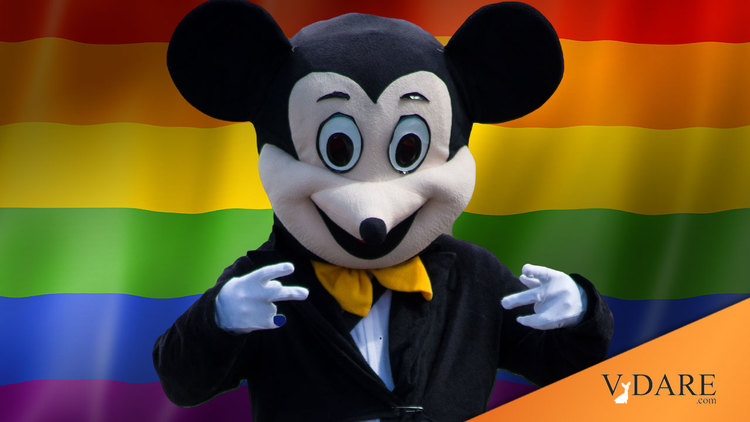 Executives Say The Great Replacement Is Coming To Disney, Pledging Half Its Characters To Be Non-White, LGBTQ

Reimagine Tomorrow is the bold new initiative by Disney to create a world where white men have basically no part in the corporation, save ponying up money for their kids to be groomed into believing the legitimacy of whatever trendy letter added to the ever-growing end of the pantheon of L-G-B-T this week.

Disney exec wants half its characters to be LGBTQIA, minorities by end of year, by Joshua Rhett Miller, New York Post, March 30, 2022

Disney executive has vowed to drastically increase inclusivity in its productions, promising that at least 50 percent of its characters will be LGBTQ or racial minorities by the end of the year.

Karey Burke, president of Disney’s General Entertainment Content, said the company must do more to make its content more inclusive in a company-wide Zoom call Monday that was later posted to Twitter.

“I’m here as a mother of two queer children, actually,” Burke said on the call. “One transgender child and one pansexual child, and also as a leader.”

Burke said she supports featuring “many, many” characters who are LGBTQIA, which stands for lesbian, gay, bisexual, transgender, queer (or questioning), intersex, and asexual (or allies).

By the end of the year, Burke said she wants at least half of the entertainment giant’s characters to be LGBTQIA or racial minorities.

The Disney honcho said she had been dismayed to learn from a colleague that the company only had a “handful” of queer lead characters in its content.

“And I went, ‘What? That can’t be true,’” Burke said. “And I realized it actually is true. We have many, many, many LGBTQIA characters in our stories and yet we don’t have enough leads and narratives in which gay characters just get to be characters and not have to be about gay stories.”

The call was part of Disney’s “Reimagine Tomorrow” campaign, according to the video posted on Twitter Tuesday.

The new diversity push comes as Florida Gov. Ron DeSantis signed Florida HB 1557 into law Monday despite claims its discriminatory. The legislation bans Florida teachers from discussing LGBTQ topics like sexual orientation or gender identity with students unless they’re in the fourth grade or higher.

Disney has denounced the new law and vowed to fight to repeal it. 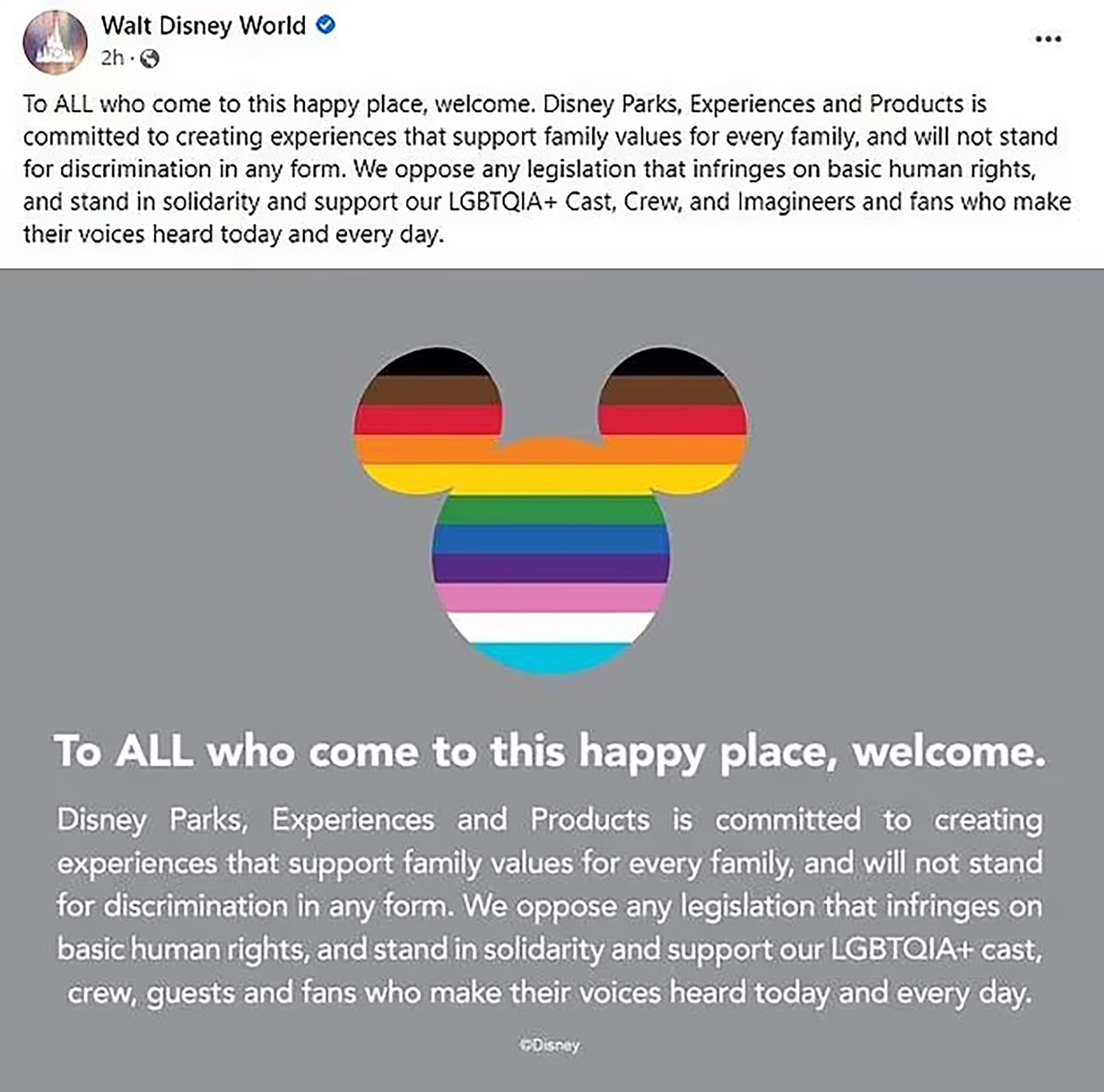 “Our goal as a company is for this law to be repealed by the legislature or struck down in the courts, and we remain committed to supporting the national and state organizations working to achieve that,” Disney said in a statement Monday.

The statement came after some Disney employees staged walkouts and held protests against the “Don’t Say Gay” bill that’s now law in the Sunshine State.

Burke, meanwhile, got emotional at one point Monday while touting the new push to include more LGBTQIA and minority characters in Disney’s content.

“I hope this is a moment where, … the tears, sorry, are coming … we just don’t allow each other to go backwards,” Burke told Disney colleagues on the call.

There are fantastic Disney movies made long ago, especially those Pixar made before it was bought up by the former. Seek those out (particularly The Swiss Family Robinson). But turn your back on the company today and the poison it produces, for Disney is fully committed to The Great Replacement.