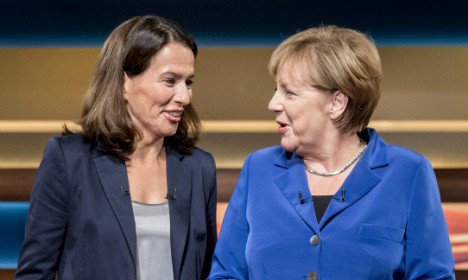 Remember that Ariel Castro guy in Cleveland who kidnapped three girls and kept them locked in his house for a decade? Well, that was wrong. But it would also be wrong to keep Ariel Castro locked out of moving to your country, according to the logic of one of the favorites for the 2015 Nobel Peace Prize.

Commenter Prokop calls attention to this article in The Local of Sweden:

There will be no quick-and-easy solutions in the refugee crisis – “but the situation is here now” and there’s no going back, Chancellor Angela Merkel told television viewers on Wednesday night.

“We can’t shut the borders. If you build a fence, people will find another way. There is no such thing as stopping the arrivals,” Merkel told interviewer Anne Will on her political talk show. …

The Chancellor would not be drawn on how long it would be until the country saw progress on these questions – although she acknowledged that “It will be a while. Longer than some people are hoping for”.

And she added that “no one” could reliably estimate how many people would arrive in Germany in the future seeking asylum.

Merkel is doubling down on her commitment to the refugees arriving in Europe even as her own popularity sinks. …

But the Chancellor is demanding that her troops remain in line by making the refugee crisis a question of principle.

Her fierce belief in the rightness of her course was on display on Wednesday in exchanges with centre-right MEPs in Brussels in a private meeting before her joint address to the European Parliament with French President Francois Hollande.

“It makes me a bit sad that precisely those who can consider themselves lucky that they have lived to see the end of the Cold War now think that one can completely stay out of certain developments of globalization.”

Merkel acknowledged that eastern European countries were being asked to catch up very fast on developments in tolerance and diversity that had taken the West decades.

But “when someone says, ‘this is not my Europe, I won’t accept Muslims…’ then I have to say, this is not negotiable,” she insisted.

And she repeated her message that Europe “won’t be able to transform into a fortress,” looking back at the fall of the Berlin Wall 25 years ago.

“The refugees won’t be stopped if we just build fences. That I’m deeply convinced of, and I’ve lived behind a fence for long enough,” she said.

To summarize the German Chancellor’s moral logic: Locking in, locking out, what’s the difference?