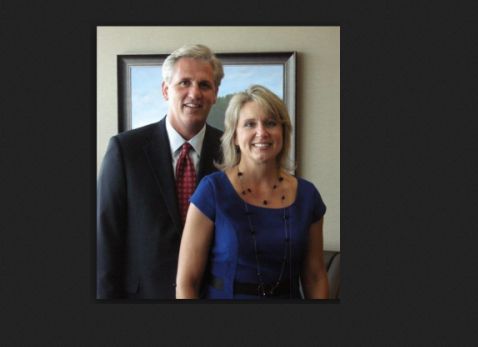 Kevin McCarthy Drops Out of Speaker Race; No Explanation in NYT

The race among Republicans for Speaker of the House is important because the only thing keeping Chuck Schumer’s amnesty from Congress sending an amnesty bill to Obama’s desk was John Boehner’s implementation of the Hastert Rule that he wouldn’t call an amnesty bill for a vote since a majority of Republicans were against it.

The frontrunner to succeed Boehner, Kevin McCarthy of Bakersfield, CA, represents the crops-rotting-in-the-fields donor class of Central Valley landowners who like a constant flow of fresh stoop laborers from south of the border so they can privatize profits and socialize costs (emergency room care, public schools, prisons, etc.). McCarthy has a terrible record on immigration.

But now McCarthy has suddenly dropped out of the race. The New York Times doesn’t offer much of a plausible explanation for why this just happened. But Charles C. Johnson’s Got News has a detailed theory. I certainly don’t know if it’s true, but it makes more prima facie sense than the NYT’s story.