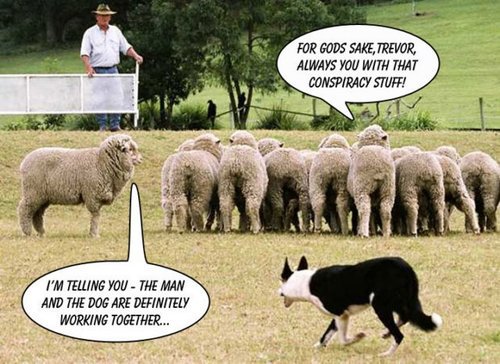 The inevitable has happened. Erick Erickson has been forced out of RedState. The posting announcing this on his own site erickontheradio.com makes it plain he is terrified:

I believe I’ll be able to get my radio site off the ground and earn from it the income I’ll be giving up from RedState. I obviously do not relish giving up income with a wife and kids to take care of.

This is probably wise. Trying to build a profitable political site anchored by only one radio show is problematic.

I thought I had another month to tell all of you. But someone leaked an internal memo to the press and I figure I might as well fess up now.

The beneficiary of the leak, The Huffington Post understood what the news was: RedState Names Leon Wolf Managing Editor As Erick Erickson Prepares Exit by Michael Calderone 10/05/2015

In the memo, Garthwaite described Wolf as "earning more and more respect from readers with each passing year" that he's written for RedState.

Leon Wolf appears to be RedState’s version of Jennifer Rubin. He first came to our attention because of his hysterical attack on John Derbyshire at the time of the National Review atrocity and as I discussed in REDSTATE Represses Daniel Horowitz: Too Effective Against Amnesty And GOP/AdelZuck Establishment? Wolf’s denunciation of Horowitz’s effective opposition to Amnesty was immediately followed by the elimination of that wonderful Patriot writer. Before last year’s election we saw REDSTATE Commissar Leon Wolf Orders GOP: Downplay Immigration In 2014, Pass Amnesty ASAP and subsequently he has delighted in crudely repressing opposition. Most recently in his Glenn Beck is Right September 1th 2015 we read

Glenn Beck has taken a lot of heat, even among people who don’t like Trump, for suggesting that tea partiers who are supporting Trump are racist. Having read what Beck said, I have to say that he is exactly right...

This quite simply is a NeoCon takeover with all ugly habits that group brings. Eerily like the history of National Review

So Erickson’s groveling did not save him. But he did good work in the rather distant past as I noted in REDSTATE’s Erick Erickson Has Shattering Anti-Carly Fiorina Post.

VDARE.com will watch his new site with interest.