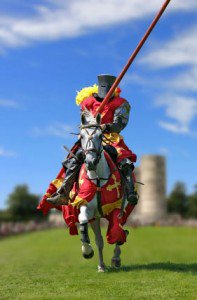 Back into the Battle!

Thanks, SG and RF, for alerting me that Daniel Horowitz is back posting at his traditional cracking pace at a major new site, Conservative Review.

It is 3 months since this invaluable patriotic champion was repressed at RedState as that site went bad on Amnesty/Immigration surge. Since then he has been rarely heard. His country needs him!

As yet Conservative Review still seems to be formulating and I have not made up my mind about it. The site is launching a new rating system for Congresscritters. Any system which gives the disreputable and discredited Rand Paul 95% and Jeff Sessions only 80% raises questions about its management.

But it is wonderful to have Horowitz back in action. I particularly commend his Obama’s Dyslexic Immigration Policies September 29th, 2014

Several weeks ago, Obama announced that he was sending 3,000 soldiers to “fight” the Ebola epidemic in West Africa.

In addition to exposing our soldiers to a deadly disease while treating them like health professionals and social workers, this policy is completely backwards as it relates to our national security.  The focus of any effort to protect America from deadly diseases, much like defending against Islamic terrorism, should be securing our homeland and points of entry, not needlessly risking the lives of our soldiers overseas.  Yet, amazingly, Obama has signed another amnesty order, staying all deportation orders for Liberians living here without visas.

On September 6, the White House announced they will abstain from acting on the much-hyped administrative amnesty until after the November elections, all but conceding that the only way to successfully implement amnesty is to make an end-run around voters…amazingly, a spokesman for Reince Priebus, chairman of the Republican National Committee, put out a statement hitting Obama from the left! The RNC’s Ruth Guerra lambasted the President for not issuing his illegal amnesty soon enough…

Instead of scoring points for the other side, Republicans must unite and run the ball of an America-first policy – one that prioritizes American borders, taxpayers, and workers over special interests – straight into Obama’s end-zone.  Instead of ‘playing it safe’ and listening to the very consultants who were spectacularly wrong on the politics of this issue in the first place, Republicans should give voice to the silent majority…

And of course I appreciated the comment thread on the first posting (apparently taken from inventory) Sessions' Grand Day August 29th 2014:

I rarely read redstate. I went there once and was shocked at the moderators threatening posters. It appeared as if some people commenting were against the "vote for the Republican even if they are pro amnesty just because they are Republicans" and they were excoriated by the mods.

LOL I was called a racist xenophobe and banned from redstate for arguing about amnesty with the moderators.

How Conservative Review manages its own comment thread will be an acid test.