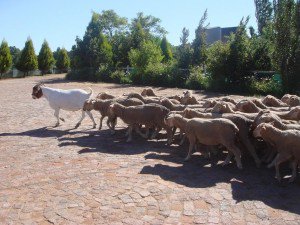 Immigration Patriot writer Daniel Horowitz, who was recently suppressed at RedState , posted a valuable essay at Breitbart yesterday:  It's Time for a GOP Establishment Mea Culpa on Immigration 7 Aug 2014

Immediately following Mitt Romney’s defeat in 2012, the entire GOP consultant class fabricated a narrative that the biggest contributing factor to the loss was Romney’s utterance of the word “self-deport” in one of the endless obscure debates during the Republican primaries.

For those of us who are old enough to remember the 2012 presidential election, Romney never ran on a pro-enforcement platform in any significant way after the primary. While Obama was playing divide and conquer and illegally granting administrative amnesty, Romney refused to even protest or make it a campaign issue…He took the issue off the table and refused to talk about it, much like he did with Obamacare.

While he does not get specific as to why this blunder occurred, Horowitz ends commendably

It’s time for the GOP establishment to do a mea culpa on the immigration issue and stand for Americans first.

RedState has not bothered to post anything on the Obamacrat No Borders policy for a couple of days, although the time has been found to put up several items on the Middle East. Admittedly “Anyone who is important” is off at a “RedState Gathering” in Fort Worth showcasing immigration Patriot fraud Rick Perry.

RedState has helped Perry prove the validity of our piece A Talk Radio Listener Reports Rick Perry In Sheldon Adelson’s Pocket by carrying today Rick Perry on ISIS: We Are Right to Eliminate Them By Brad Jackson Aug 8th 20014

Think about it: the Governor of the state perhaps the most impacted by Obama’s border nullification policy is more interested in defending the borders of Kurdistan, a state which has never formally existed.

To the control element at RedState, the security of Israel's borders and people is more important than that of America’s. With Horowitz gone, their coverage of the latter issue is simply Boob Bait.