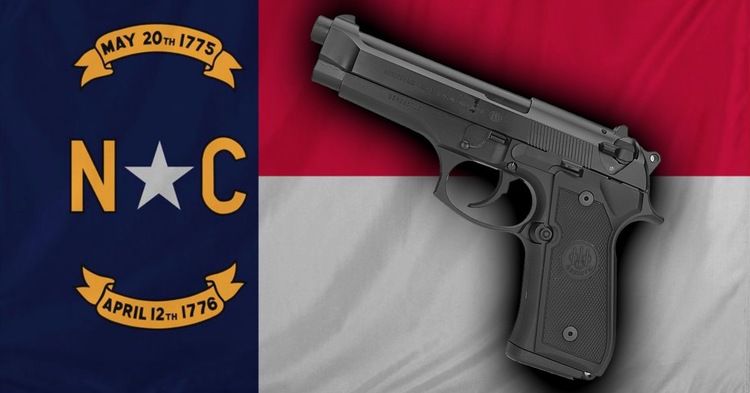 CHARLOTTE OBSERVER: Half of All NC Weapons Offenses Dismissed Because Cracking Down on Gun Crime Means More Blacks In Jail

Criminal Justice Reform pushed by both Democrats and Republicans represents treason to the law abiding citizens of this nation, for it ensures violent criminals will be released into the public to prey upon us.

We aren’t tough enough on crime in America, where violent, homicidal, convicted criminals sit on death row for decades, instead of immediately being executed to serve as a reminder “punishment must be unusual or else it serves no purpose.”

The left’s latest charge against North Carolina Republicans is a doozy: They’re too cheap to prosecute criminals.

That’s how they’re spinning a recent Charlotte Observer report that about half of all weapons charges in the state are dismissed —including 68% of cases in Mecklenburg County, 58% in Durham County and 45% in Wake County.

The left’s attempt to blame the GOP rests, of course, on the idea that we can solve this — like every other problem — by spending more money. There’s some truth to this, as the Observer reports that North Carolina spends less per capita on its courts than any other state-funded system. “If prosecutors didn’t offer plea deals and dismiss cases,” the Observer reports, “the court system would grind to a halt.”

But that spending stat, the latest figure, is from 2012, which means it reflects a court system built by Democrats during their century of reign before the GOP took control in 2011. Sounds like we could spend more but there’s plenty of blame to go around.

There are deeper problems with the left’s analysis that will not be solved by hiring more government workers. The Observer reports that prosecutors often dismiss charges “because they lack evidence. Some witnesses aren’t credible. Others go missing. Still others refuse to testify.”

Translation: They let many suspects go because they can’t make a case that will stick. Isn’t that how the system is supposed to work?

The Observer reports that weapons charges are concentrated in low-income neighborhoods. Given the cases cited and photographs of offenders that illustrate the articles, this appears to be code for African Americans.

For years now the left has complained about the so-called “school-to-prison pipeline” that has led to mass incarceration of blacks. While our swollen prisons are a legitimate concern, it has described this issue in false terms — pretending that our jails are full of people caught smoking a joint.

The Observer series underscores that most people in prison are actually dangerous and that, in fact, many violent people are allowed to walk the streets. Cracking down on gun crimes, it seems, would lead to more black bodies in our prisons.

The Observer series debunks the charge that North Carolina’s Republicans are neo-Confederate racists determined to oppress African-Americans. If this were so, finding a few million bucks in a $24 billion dollar budget to prosecute folks caught with weapons would seem like a no-brainer.

The Observer also challenges the left’s narrative on guns. Perhaps we do need stricter regulations, but instead of focusing on how to prevent law-abiding Americans from owning firearms, we might do more to limit their use by alleged criminals.

Finally, as it tries to blame Republicans for gun crimes in Democrat controlled cities, the left is accusing conservatives of hypocrisy because of their demand that sheriffs in those communities honor requests from immigration officials to detain those charged with other crimes who are also here illegally. Their logic is hard to follow, but I think the left is accusing Republicans of failing to fund the courts to prosecute American citizens while insisting we apply the law against non-citizens.

Make of that what you will.

But consider that many of the more than 500 illegal immigrants released back into our communities during the last 11 months have been charged with serious crimes — including sex offenses, kidnapping, arson and murder. Mecklenburg County Sheriff Gary McFadden released a Honduran fugitive with outstanding charges including kidnapping and strangulation.

What you have in Charlotte is pure black and brown privilege in the judiciary system, where non-white gun criminals walk free the majority of the time. How bad is this in other states, where gun crime (nonfatal shootings or firearm homicides) is overwhelmingly committed by non-whites?