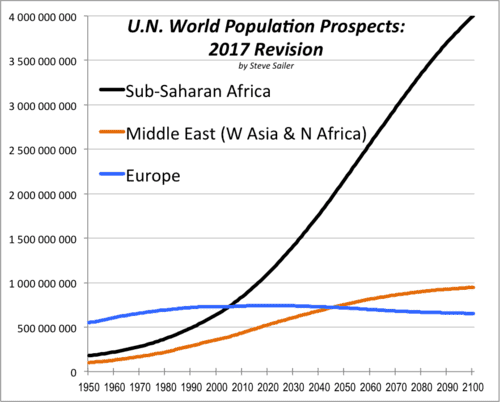 From the Brookings Institution:

1. The global population is rising fast now, but is expected to peak by 2070 …

2. A majority of the world’s population could soon be middle- or upper-class …

3. China’s population is expected to age rapidly between now and 2050

5. Egypt’s population boom could pose regional or even global dangers

8. Young minorities are driving much of the population growth in the United States, especially in cities

10. If every woman in the world received a secondary education, the population could be 3 billion less by 2050

And here’s One Fact Not to Know: Africa. In this article on world population, the text string “Africa” never appears.