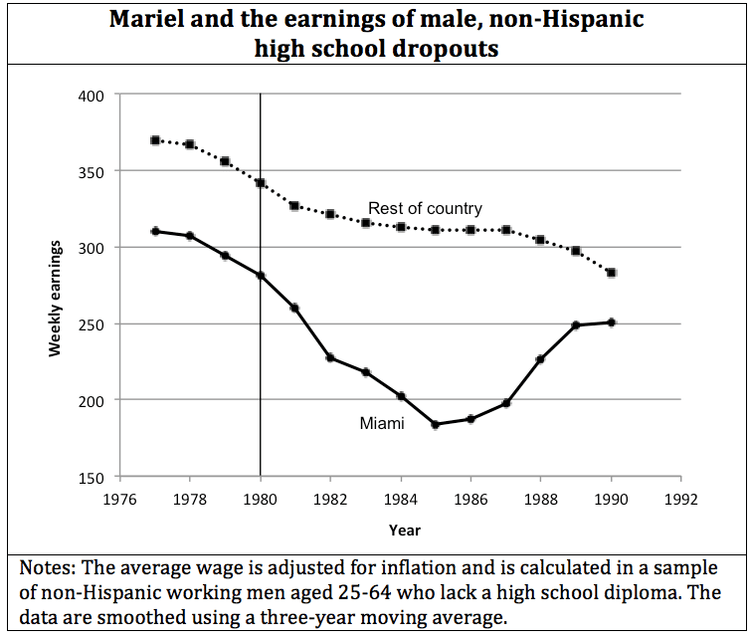 In light of Steve Sailer's post on Mariel and wages, I want to repost something I wrote in January, 2016, when computer scientist and patriotic immigration activist Dr. Norm Matloff wrote on his blog that Harvard Labor economist George Borjas had posted something on the Mariel Boatlift economic argument:

In his post introducing his recent research on the Mariel boatlift, he has a great graph, right off the bat. Pictures can be deceiving, of course, but I think that Card, Peri et al would have a hard time disputing the implications of this graph.

For background, you need to know that Giovanni Peri and David Card are economists who believe that wages weren't effected in Miami by the Mariel Boatlift of the eighties, which according to Wikipedia, which has folded the Miami labor market argument into its article on the Mariel Boatlift, 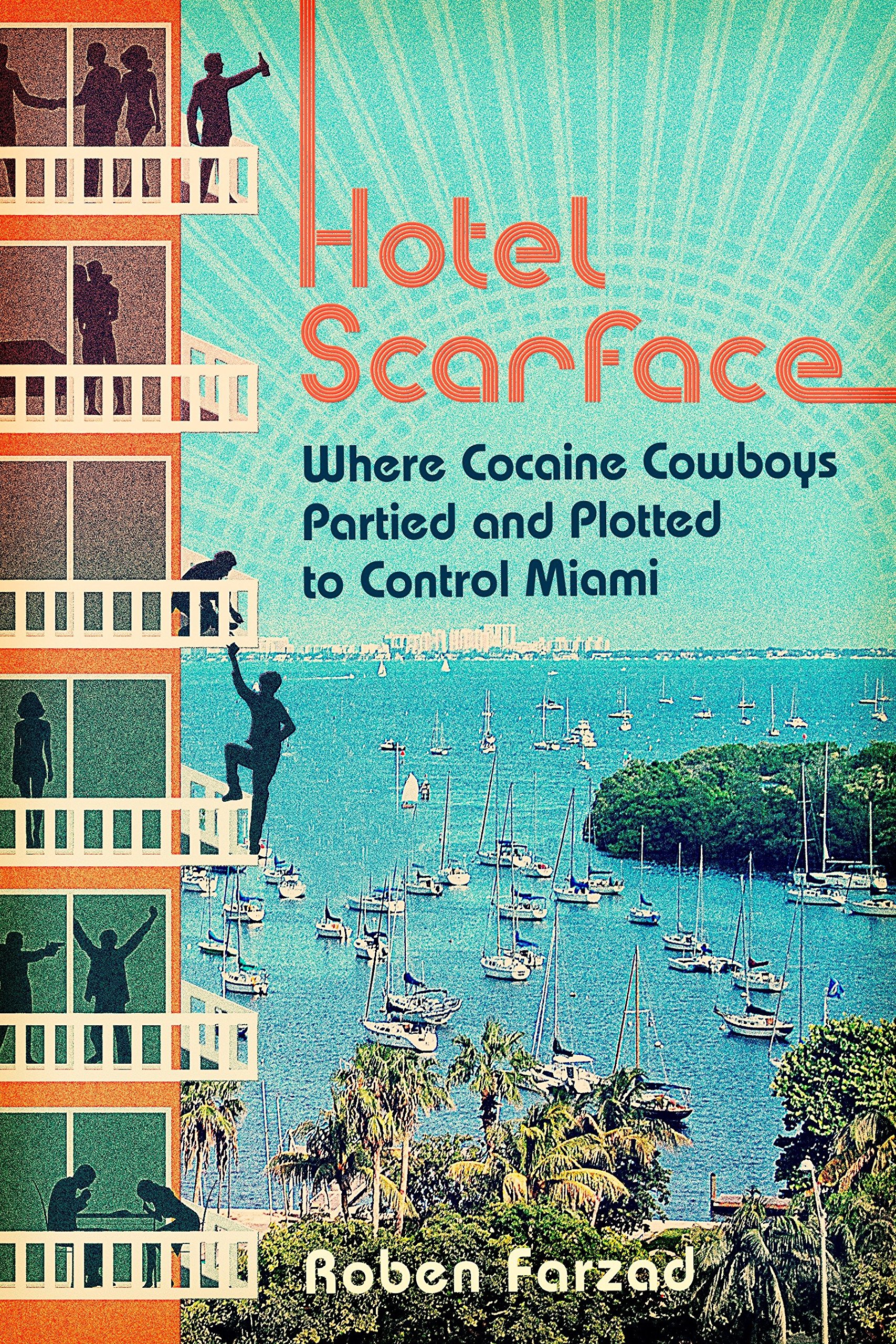 Peri and Card, whose work we've discussed here, argued that it didn't affect white and black Americans' wages, which suggests that immigration makes the Law Of Supply and Demand run backwards.

As Steve Sailer pointed out as long ago as 2006, even is this were true, it would not have a general application to immigration labor economics, because that period of history in Miami was characterized by billions of dollars in cocaine money.

But Giovanni Peri was still saying it, as recently as January 18, 2016 in the WSJ—in an op-ed trying to calm American apprehension about Syrian refugees.

A couple of readers of early drafts of We Wanted Workers made some comments last spring that planted an idea in my head: perhaps it was time to revisit Mariel and see what we could learn from that supply shock with the hindsight of 25-years worth of additional research.

I resisted the idea for a while, as I thought it would be a complete waste of my time. But it kept nagging me. So one Sunday morning I wake up, go downstairs to my office, and start looking at the March Current Population Surveys (CPS) for the 1980s. Within an hour, my monitor was flashing a graph like this one: And I remember saying out loud “What the heck!” except I didn’t use those words. I then spent the entire summer working time-and-a-half on my Mariel paper. The paper went through several rounds. I got a lot of feedback from many friends who read early drafts. And I even did something that I had never done before: I hired someone to replicate the entire exercise from scratch just to make sure it was right!

The paper came out as an NBER working paper in September 2015. At least in my corner of the universe, it created a disturbance in the force reminiscent of the destruction of Alderaan, leading to a debate in the past few weeks (here’s the Peri-Yasenov criticism) and to my writing a follow-up paper showing that the critics are wrong. David Frum wrote the best description of the debate in the Atlantic Monthly, and came up with a terrific phrase that I’m going to borrow from now on whenever I see this kind of data manipulation: What the critics are doing, Frum wrote, is essentially “data dredging on an industrial scale.” [ More]

The point is that if you really want to find that immigration doesn't effect wages,  you can. You just have to keep changing the assumptions until you get the answer you want—but it will still be wrong. 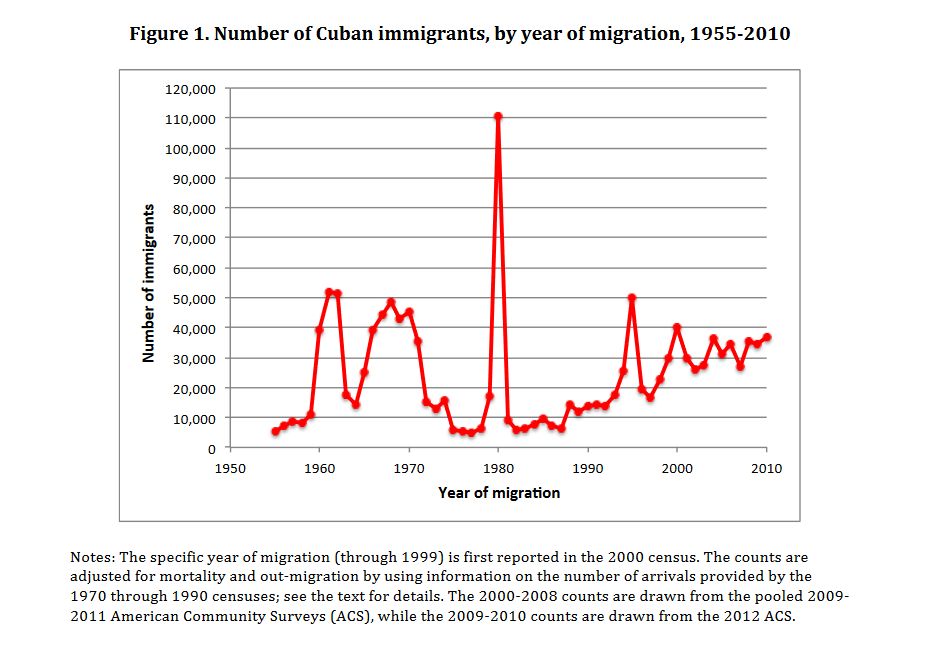 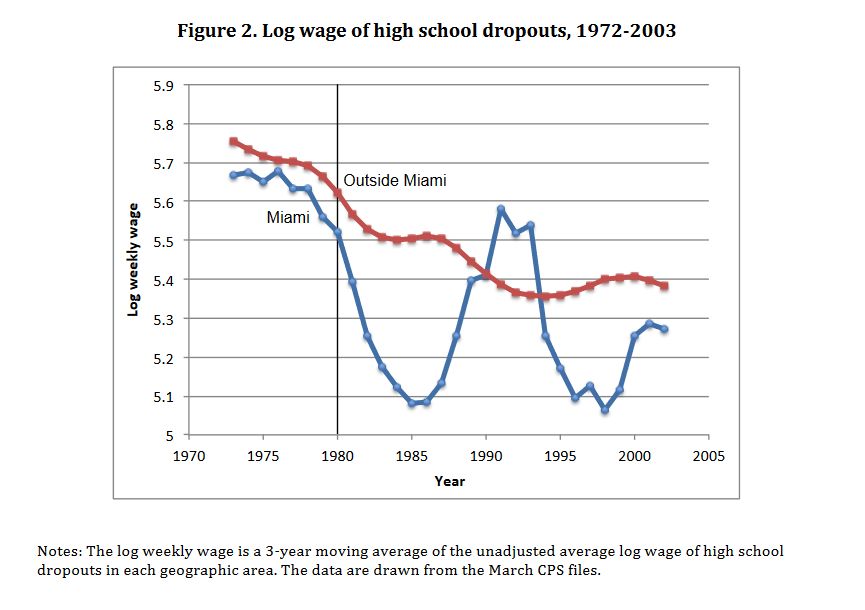 But even a high school dropout could figure out that the Law Of Supply and Demand wasn't likely to suddenly run backwards...unless he was high on coke.