When I saw this note at Instapundit I already had an idea what was going on.

SO TRUMP CAN’T HAVE ORDERED THIS BECAUSE HE’S NOT PRESIDENT YET. SO WHO DID? Head of D.C. National Guard to be removed from post in middle of inauguration. “The U.S. Army general who heads the D.C. National Guard and is an integral part of overseeing the inauguration said Friday he will be removed from command effective Jan. 20 at 12:01 p.m., just as Donald Trump is sworn in as president.” 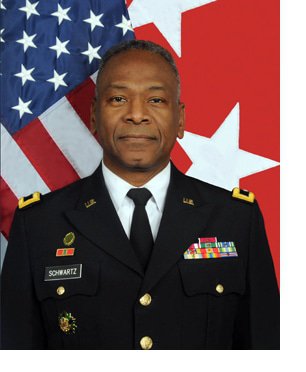 That's because I'd seen it in a comment from the extremely knowledgeable blogger known as Hognose at Weaponsman.com.

The Adjutant General (i.e. commander) of each of the 53 National Guards (States plus DC, PR, and one other territory I forget — Guam and Northern Marianas?) are political appointees. The State and Territorial guys serve at the pleasure of their governors, DC at the pleasure of the President.

It’s not unusual to have the State AG fighting for Federal recognition of his two-star rank for the entire time he or she is in command, because it’s not unusual for a suck-up COL or LTC to be jumped up to AG.I don’t know the circumstances of Schwartz’s appointment.

He might have pissed off Trump, or Trump may have HIS own political character, or, and this is possible, they could just be doing this sweep-out of Obama loyalists across the board for consistency’s sake. The papers keep running stories saying this is unusual. It is fairly usual, and even cases that were exceptions before (US Attorneys with major active cases, f’r instance) were not exceptions in 2009.

Really, if Trump fed the multitudes with five loaves and fishes, and raised Lazarus from the dead (all of which I cheerfully stipulate will not happen), the Post would write that he was unfairly competing with Whole Foods, and corrupting the data integrity of the Social Security Death Index.Finally, removing a figurehead during the inauguration does nothing to security.

Those Guardsmen activated during this event are under the de facto command and control of the United States Secret Service. And the USSS will not be affected by Jeh Johnson’s removal at 12:00P, either. (Well, they might grin a little, like everybody else who’s been under that tool). [Paragraphing added.]

Of course, in any event where you're replacing an Obama appointee with a Trump appointee, you're doing it for reasons of loyalty. It probably didn't occur to either Instapundit or Hognose to look up a picture of General Schwartz to see what color he was—that's kind of a specialty here at VDARE.com.

That applies to Eric Holder, Jeh Johnson, Charles Bolden at NASA, and General Schwartz—who is the man who's now not going to be guarding the President-elect from the population of the District of Columbia.

And if you're thinking it shouldn't matter what color a National Guard officer is, all I can say is that it's important to him, and I was inspired to search for his picture by the reflection that it was almost impossible that a white officer would have been appointed to his position.