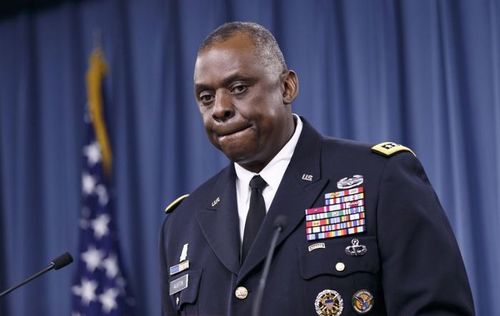 A post by military blogger "Hognose" at WeaponsMan.com features a picture of Lloyd Austin, the 4-star General in charge   of US Central Command, 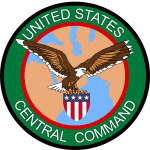 That means that General Austin, who is the first African-American to head CENTCOM, is responsible for doing something about Syria, like, say, training locals who might want to fight on the side of the US. Here's how he's been doing.

How Badly Has Training Syrian Rebels Gone? You won’t believe how badly.

The commander of US Central Command, Lloyd Austin, spilled a fact which shocked the Washington Post a little.

That fact can be sliced a few different ways, but it comes down to this: the program to train non-ISIL, non-Assad combatants for Syria is, like every other aspect of Austin’s and the Administration’s incoherent Syria policy, a failure of staggering proportions. Its result? Single digits of fighters in Syria. Low single digits, like five. Or maybe only four.

It’s not only a failure as a program, Austin can’t even place any confidence in the numbers describing the outrageous dimensions of the failure. The Washington Post, usually willing to carry water for the Administration and its political generals, finds itself, without any water to carry, reduced to reporting like an old-style paper:

In comments that appeared to shock even many of those involved in Syria policy elsewhere in the government, Gen. Lloyd J. Austin III, the head of the U.S. Central Command, told Congress on Wednesday that only “four or five” trainees from the program, a $500 million plan officially launched in December to prepare as many as 5,400 fighters this year, have ended up “in the fight” inside Syria.

There are a couple different ways of looking at that metric. For instance, if you want to know what value for money the Administration’s politicized Syrian-training program produces, you could compare the cost of a trained fighter in Syria to the cost of, say, the military education of General Austin: we know the number’s $100 million for each ragtag Syrian. Or we can look at the success percentage of the training program, which has delivered 5 of 5,400 promised combatants: that would be 0.092%, which would put it right in the mainstream for government programs.

But wait! Those numbers are presuming the ill-informed Austin’s high bound of 5 Syrians is right. If it’s 4, they cost us $125 million each, and 0.074% success rate, which is said aloud as “Seventy-four thousandths of a percent.”

Do you dare ask who has been fired? Who has been held accountable? Who was denied a bonus? You know, don’t you, the answer to these questions. [More]

It's me, not Hognose, pointing out the affirmative action factor here. I don't think that given the current explosion in the Middle East, the job of CENTCOM commander should be given to a guy who is the "first African-American " to hold  the job, because as a beneficiary of Affirmative Action, he's automatically going to be less competent than someone who isn't, and if they put a white General in that slot, they could relieve him when he fouled up like this.