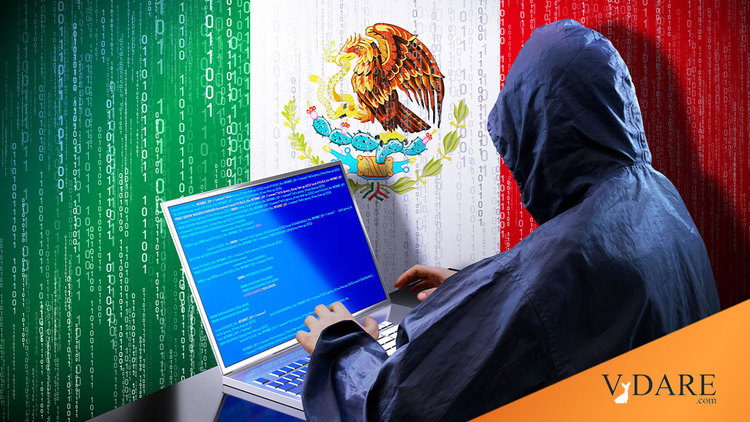 The main issue that is brought up in this CIS podcast is the illegal aliens’ use of other people’s social security numbers.

"The historic surge of illegal immigrants across America’s southern border is fueling a hidden crime spree few in Washington seem willing or able to address: widespread identity theft by migrants who need U.S. credentials to work."https://t.co/O72c5kiB64

[Identity Fraud by Illegal Aliens Ignored by the Federal Government, by Mark Krikorian and Ben Weingarten on September 1, 2022]

The Biden administration has stopped issuing a report that shows how many social security numbers are being used by multiple people.

The Social Security Administration is very Woke in my experience. It was explained that they hope illegal aliens will pay into the system, but then retire back to Mexico so the SSA doesn’t have to pay them too. Basically, they are hoping to balance their books with illegal aliens. However, an amnesty would negate all that because then the formerly illegal, now legalized, would be able to collect too.

When I was on the job, I had a contact with the Social Security Administration. In researching on various databases, I would sometimes locate social security numbers (SSNs) on suspects. If I ran it by the SSA, they would let me know if the SSN matched the name in their files. They would only give me a yes or no reply. If the SSN did not match, that was usually good enough and most often indicated the person I was researching was an illegal alien.

In return, the person at the SSA would sometimes hit me up to find out when the last time a recipient of theirs had been in the United States. There is some regulation that you cannot collect social security if you have lived outside of the United States for a certain amount of time. I’m not sure how that works because there are a lot of expat Americans living permanently in Costa Rica.

However, I can remember one of my colleagues encountering a Somali at the airport who was coming back to the United States. My colleague asked the Somali why he would go back to Somalia and the Somali responded ”Oh, it’s safe there now.” The Somali then said that the only reason he was coming back to the United States was to pick up his social security checks and then he would return. It sort of puts a lie to a lot of the claims asylum applicants make that they are afraid to return to their homelands.

Unfortunately, towards the end of my career, my contact with the Social Security Administration retired and I couldn’t find anyone there who would talk to the Border Patrol. They were scared of being found out by their colleagues.