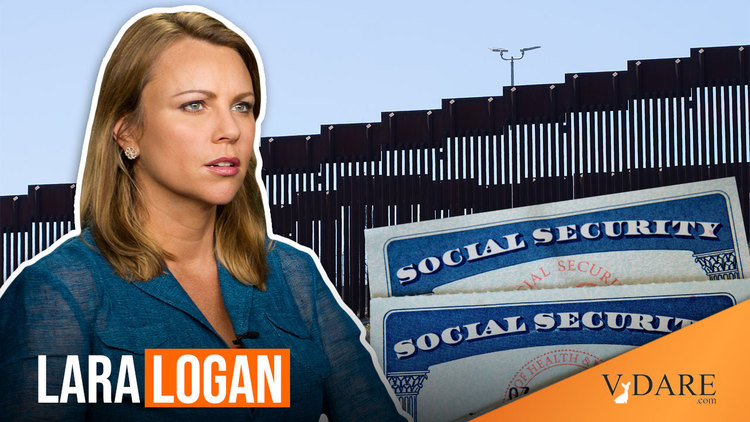 At the Gateway Pundit, they link to a Telegram video of Lara Logan saying that the Border Patrol is apparently giving Social Security numbers to illegal aliens:

When I was still working we used database systems available to the general public in the form of Spokeo.com and Intellius.com.  We could look up an address and have a pretty good idea of who was living there.  Whenever I saw that an individual had an Individual Taxpayer Identification Number (ITIN), I knew I had a pretty good chance of picking up an illegal alien at that residence.  There are exceptions, but the ITIN is a good indicator that the individual had at least at one time been in the United States illegally and even if they themselves had adjusted their status, they often had family and friends who had not.

Personally, I thought the use of ITINs undermined our mission of enforcing immigration laws.  Having an ITIN helped give employers plausible deniability that they were hiring an illegal alien.  “Hey, he gave me a legitimate number.  How was I supposed to know he was here illegally?“  See, it‘s illegal to knowingly employ an illegal alien.  However, if the law were changed to make it illegal to hire an illegal alien period, then there would be a lot more employers who could be fined and sanctioned.

So, it was with interest that I saw a headline  [Lara Logan: They’re Giving Social Security Numbers to Illegal Aliens at the US Border (VIDEO), by Jim Hoft, Gateway Pundit, July 31, 2022] about how Border Patrol Agents are giving Social Security Numbers to illegal aliens.  I suspect that the numbers are actually ITINs and that it may be Social Security personnel who are actually assigning the numbers.  The important thing is that this makes it harder for employers to know if they are hiring an illegal alien.  It will also make it harder for Immigration and Customs Enforcement Special Agents to detect illegal aliens when and if a Republican ever becomes President and actually decides to go after illegal aliens and their employers in the interior of the United States rather than just talking about it.