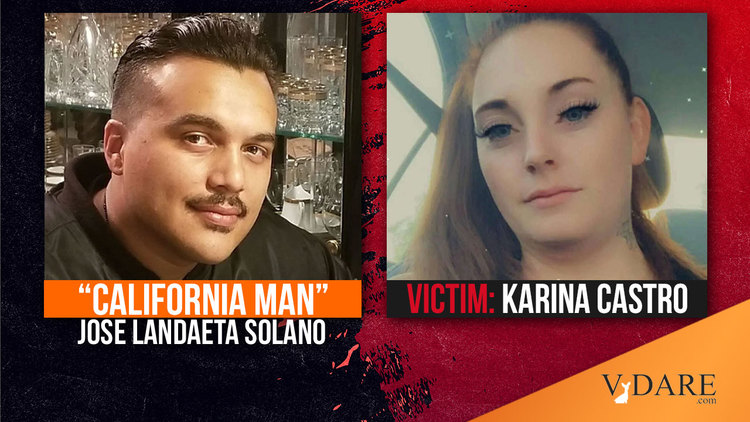 Just one newspaper, as far as we can tell, put the right lead on a second-day story about the “California man” whom police arrested for beheading a woman in front of her children at about noon on September 8 [California man accused of beheading woman with a sword: report, by Patrick Reilly, New York Post, September 8, 2022].

In Custody>Jose Landaeta Solano, from Venezuela, entered the country on a tourist visa 10 years ago (on 0bama's watch) and never left. Victim was: Karina Castro. May she RIP. 💔 pic.twitter.com/pM3YTesLhY

The Santa Monica Observer, a free weekly, opened its story this way:

Immigration sources confirm that Jose Solano Landaeta, the suspect who beheaded a 27 year old mother of two in a San Carlos, CA neighborhood September 8th, was in the United States illegally. Jose Solano Landaeta, 33 from Venezuela, entered the country on a tourist visa about ten years ago, say [Immigration and Customs Enforcement] sources. He never left.

[Man Who Beheaded his Girlfriend in San Carlos, CA Domestic Attack Was In the US Illegally, by Stan Greene, September 9, 2022]

Rupert Murdoch’s Post and Fox News have missed the story, as have the rest of the major media. They left unveiling the truth about Landaeta up to what appears to be, from its opinion page, a conservative weekly newspaper.

The leftist Main Stream Media might miss an immigration angle, purposely or not, but dissident websites and publications such as VDARE don’t and won’t.

Proving its mettle, the Observer also had the guts recently to post this story and photo about a serial molester wanted by police. The story didn’t identify him as black, but then again, that was unnecessary. 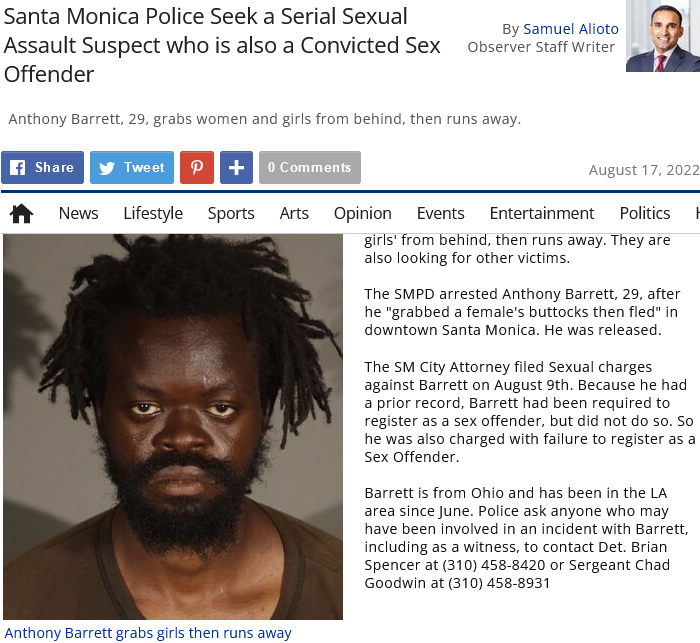