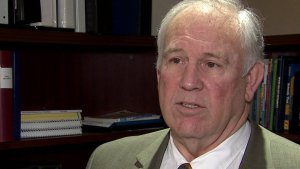 Robert Crist, Who Advocates Resistence To  Federal Agents On Behalf Of Illegal Aliens

Robert Crist is also the Superintendent of the Delavan-Darien School District located in Walworth County, WI.

DELAVAN-DARIEN — Educating students and now parents — when it comes to the new immigration laws. The Delavan-Darien School District is giving a quick lesson to all. But that knowledge is not coming without controversy.

Do not open doors, remain silent, and fight back. Those are just a few of the directives given in a document sent to families in the Delavan-Darien School District.

Document Sent To Parents Of Students In One School District Stirs Up Immigration Controversy, by Derica Williams, Fox 6, March 10, 2017

"With the ramping up of deportation, a lot of our illegal people obviously getting very nervous — some are even hesitant to send their kids to school," said Dr. Robert Crist, Superintendent of Delavan-Darien School District.

Crist was unable to actually give any examples of any students not getting educated or any actual fears from any student, as if that mattered.

"Are your counselors or teachers hearing this from students?" WISN 12 News reporter Kent Wainscott asked.

"Some are, but some students are just afraid to talk to anybody," Crist said.

School District Advises Families What To Do If ICE Agents Show Up At Their Door, by Kent Wainscott, WISN, March 10, 2017

Clearly this is not motivated by any fears among students: it's a political decision by Crist to support illegal aliens. If students are afraid to talk, how do you know that they are afraid?

"What happens if parents are picked up at a factory in Milwaukee and the kids are in school? Kids go home and nobody's home. What happens there?" Crist said.

Frankly, if the parents of a student are arrested for any reason, criminal or immigration, it is no concern of the school district.  Does the Delavan-Darien School District send out messages about criminal arrests of parents by local police for local crimes? Of course not.  It is not a concern of the school district that some child's parent was arrested for drug dealing or welfare fraud.  There is another branch of government that is concerned with abandoned children, that is usually called Child Protective Services.

But Crist goes further, he incites that illegals should "fight back" against Federal agents enforcing immigration law: 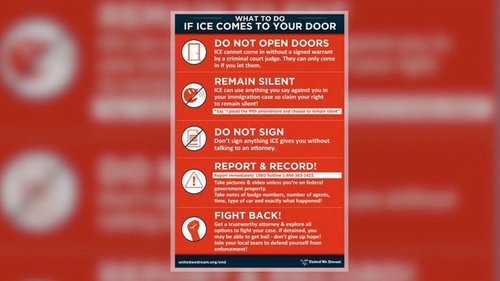 All with the typical clenched fist of violent terrorist groups like Antifa.

Crist will of course claim that he means fight back legally, but he is just pushing the limits of incitement to violence.  Violence that the Left has stepped up, whether it is the Treason Bar advocating murdering Federal agents, practice runs at assassination of Cabinet Secretaries, violent resistance to the arrest of illegal aliens, sedition, or leftist street thugs attacking Americans in the streets.

The flyer also tells illegal aliens not to sign anything.  I doubt if Superintendent Crist is licensed to practice law in the State of Wisconsin, so this advice is in violation of various Wisconsin statutes prohibiting him from practicing law without a license.  And this can be very bad legal advice.  Not signing documents before an immigration officer can result in long periods of detention.  In particular cases, it might be, as lawyers say, be in the interest of an alien to sign an agreement to depart the United States rather than be held in custody until the eventual deportation.

I wonder of the taxpayers, the attorneys for the Delavan-Darien School District, and the school board reviewed this message before it went out.  Unlikely, given the legal jeopardy the school district is in at the moment.

And note the Mexican flag on the Delavan-Darien School District website.  Is Walworth County now part of Mexico?