In The Streets And The Courts, The Left Plans A Coup. But Trump Can Fight Back

Failed vice-presidential candidate Senator Tim Kaine’s demented call for Democrats to “fight in the streets” against the Trump Administration was hushed up by the Main Stream Media but it’s happening anyway—and Immigration and the suppression of speech have emerged as two flashpoint issues. I have warned repeatedly that a deliberate campaign was being organized, mostly around the immigration issue, by the Democrats and their front organizations, justifying the use of violence. This campaign is being enabled by Democrat-appointed Politically Correct law enforcement authorities and federal agencies are not equipped to deal with it. But there are things Trump can do.

Riots after the election, riots on Inauguration Day, the violence directed at Milo Yiannopoulos, are underlain by increasing claims by the Left that anyone they disagree with are the same as “racists.” For example, the student government at Santa Clara University’s recent refusal to allow the milquetoast limited-government advocates at Turning Point USA official status on campus:

Ultimately, the naysayers won, following a point by an At-Large Senator, Ye Chit Ko. “Free speech has been brought up a lot,” he said, “and we need to draw the line between free speech and hate speech.’”

And things are accelerating, with rumors of enhanced immigration enforcement:

Immigration lawyers are concerned over widespread work site enforcement actions that happened in 2006 and 2007 when I.C.E. cracked down on 1,300 undocumented immigrants working at six meat processing plants across six states. Some are worried this could be a sign of future federal enforcement efforts to come.

The Left is openly organizing to prevent these raids:

In Central Texas, activist groups are going so far as to train volunteers on how to interact with law enforcement officials, local and federal, if an immigration raid breaks out in the area. The training is provided through a new program (borrowed from movements in Philadelphia) the organization started called “Sanctuary in the Streets."

So far, they have trained up to 130 people, but the plan is to train 500 volunteers in preparation of federal enforcement efforts.

The main enforcement arms of the Department of Homeland Security (DHS) are sorely unprepared for such resistance. Officers at U.S. Immigration and Customs Enforcement (ICE), Enforcement and Removal Operations (ERO) and ICE Homeland Security Investigations (HSI), do not have the training or equipment to deal with either violent attacks or the sit-down blockades that these violent thugs will be using to defeat deportations. Agents and officers don't have pepper spray, Tasers, riot batons, shields, flash bangs, or pepper-ball guns. 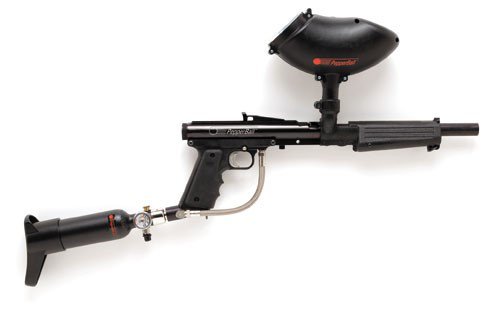 Stun Grenade Or Flash Bang Not In ICE Inventory 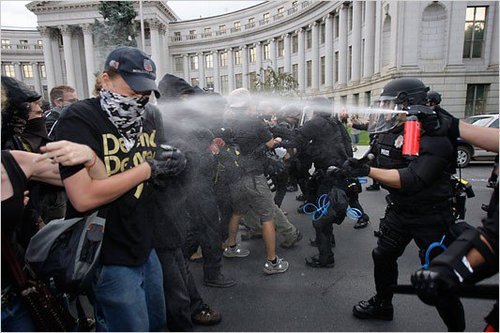 The terrorists will also be relying on local police to take no action—just as the University of California Police Department did, or failed to do, during the Milo riot:

In the past, when violent protesters have shown up at East Bay demonstrations, they’ve mixed with the crowd and used peaceful protesters as human cover. This time, the 100 or so black bloc anarchists marched brazenly up Bancroft Way and into Sproul Plaza after the protest was under way, lined up directly in front of their target and attacked.

It was as if they knew no one would stop them — which turned out to be the case.

This, of course, is what the late Sam Francis described as “anarcho-tyranny”—the state refuses to use its legal monopoly of force to protect citizens against groups that the state tacitly favors.

“Our campus has never experienced what it went through on Wednesday,” UCPD Police Chief Margo Bennett said Friday night, some 48 hours after protesters and police clashed over the planned appearance of right-wing provocateur Milo Yiannopoulos on the UC Berkeley campus.

Needless to say, Chief Bennett’s claim is nonsense. UC Berkeley has been well known for Leftist violence since the 1960s.

And the only answer to rioters is ruthless coercion:

But Chief Bennett has a different strategy—lie back and enjoy it:

“In situations like that, we understand that if we go out and we engage — with the level of force and the presence of the trained anarchist-style protesters that were present — it will embolden the protesters and it will escalate the level of violence,” she said. “And our officers exercised, I think, some very tough and extreme restraint.”

“We prioritize the protecting of life higher than everything else,” she said. “Some broken windows, we can accept. The fact that no one was seriously injured is a blessing when that level of violence was occurring.”

Bennett’s claim that no one was injured was of course untrue. But it signaled that no serious investigation would be done—those injured were, as a matter of tacit policy, not protected by the laws of the State of California because they were Republicans, white, men, heterosexuals. 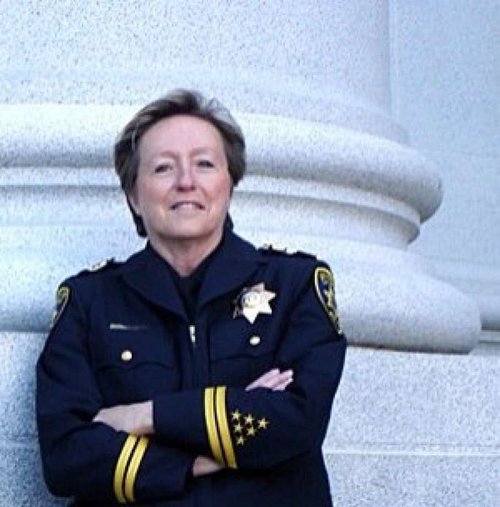 Chief Bennett is not too bright and previously allowed her badge, gun, and computer to be stolen from her car. [UC Berkeley Police Chief’s Loaded Gun, Diamond Ring Stolen From Car In Richmond, CBS, August 24, 2015] And she, yes, is a lesbian. [New U.C. Berkeley police chief’s made-for-tabloid past, By Matier and Ross, SFGate, April 21, 2013]

Internet sleuths were able to identify both perpetrators and victims that Chief Bennett so blithely ignored, including a UC Berkeley employee:

A demonstrator who participated in the riot outside of Milo Yiannopolous’ scheduled talk at UC Berkeley last week has been identified as a university staff member.

Screengrabs passed around Twitter show tweets from an account with the handle @teen_archer talking about getting into a physical altercation with a Milo fan outside the event.

But dereliction of duty by Democrat-appointed police chiefs is just part of the plan to impose the election of a new people through massive immigration. It also involves: For example, mobs of Mexicans ran into the streets to physically block this arrest and deportation of a Mexican illegal:

Guadalupe Garcia de Rayos, 36, came to the US illegally as a 14-year-old girl. She is a convicted felon, due to a 2008 raid on her Arizona workplace by then-Maricopa County Sheriff Joe Arpaio on the suspicion that the business was hiring immigrants who had used fraudulent IDs...

Once she was taken into custody, about 200 people gathered outside to protest, the Arizona Republic reported. They attempted to block federal buses and vans used to transport people from ICE custody to either detention centers or the border for deportation. As police arrived, the number of demonstrators dwindled, but seven people were arrested.

A group of prominent Mexican citizens is developing plans to fight the Trump administration on deporting illegals from the United States by encouraging them to pack immigration courts to push the already overburdened system into a breakdown.

The objective is to double or triple the backlog, "until Trump desists in this stupid idea," he said.

“If they claim that by definition undocumented people do not have documents, we will then think that the majority of those deported are Central Americans and send them there,” Castañeda wrote in his editorial. “Some Mexicans will end up over there. In the meantime, a backlog will accumulate and the North Americans will not know what to do.”

Additionally, the Mexican government is working with the Treason Bar to fund deportation appeals:

Mexican President Enrique Peña Nieto…says his administration will take steps to defend its citizens living in the US, including allocating $50 million to help undocumented immigrants facing deportation.

Dealing with the Mexican government is easiest: The U.S. can send a demarche instructing it to halt interference in the internal affairs of the United States or suffer consequences—such as expulsion of Mexican diplomats. The Department of Justice can also prosecute Treason Bar lawyers who accept payment from the Mexican government for failing to register as agents of a foreign power, a violation of the Foreign Agents Registration Act.

And if the Mexican government wants to play hardball, the U.S. can shut down the border, as it did when Mexican officials were slow to find abducted DEA Special Agent Kiki Camarena. [Mexico drugs: How one DEA killing began a brutal war, By Will Grant BBC News, February 7, 2012]

Dealing with recalcitrant Federal judges will require legislative responses. including ending judicial review of immigration enforcement and, more importantly, expanding Expedited Removal, the administrative removal of illegal aliens without recourse to either the Article III courts or an Executive Branch review at the EOIR.

Significantly, however, even the 9th Circuit recently affirmed that illegal aliens in Expedited Removal have no right to legal counsel under the Fifth Amendment! [ 9th Circuit Rules No Right to Counsel if Subject to Expedited Removal, by Matthew Kolken, ILW, February 9, 2017]

Of course, any legislative response depends on the co-operation of cuckservative Establishmentarians like Paul Ryan and Mitch McConnell.

Still, we’ve not yet seen the effects of President Trump’s Twitter Bully Pulpit.