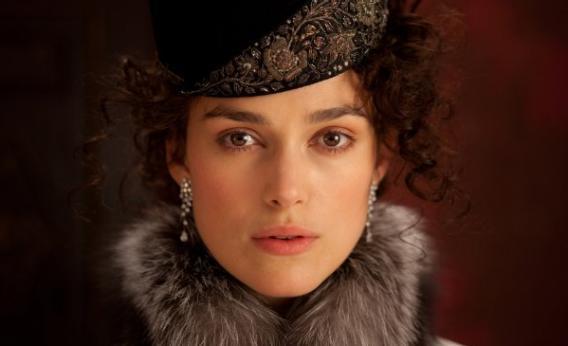 From my movie review in Taki's Magazine of the spectacular adaptation of Tolstoy's classic by director Joe Wright and screenwriter Tom Stoppard, starring Keira Knightley and Jude Law:

Third and most remarkably, Wright’s film may be the first of the numerous Anna Karenina adaptations whose sympathies lie firmly with her cuckolded husband, the unsexy bureaucrat Karenin.

Today it’s universally assumed that an unfaithful wife should get custody of the children. Yet Wright and Stoppard don’t seem terribly interested in pointing fingers at 19th-century Russians for their lack of enlightenment about family law.

When Anna laments that she can’t possess both her lover and her son because “The laws are made by husbands and fathers,” it’s hard not to respond, “As well they should be.” Wright’s film depicts the staggering amount of wealth piled up in Imperial Russia by aristocratic families—much of it spent by women on fashion. But all of this acquiring and saving depended on an orderly system of inheritance where men knew that their heirs really are theirs.