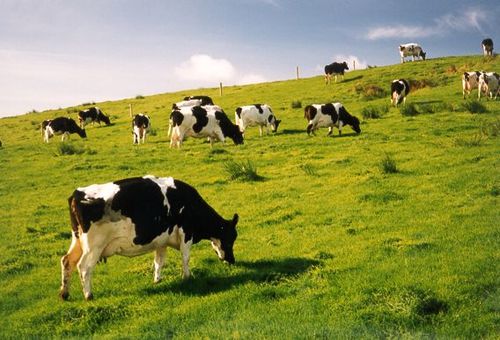 From the Providence Journal:

A trio of Brown University leaders are urging an informed campus discussion of issues raised by the publication of two racially charged opinion columns in the Brown Daily Herald.

Locke, Paxson and Carey called for conversations on race, gender, campus culture and climate and related topics guided by academic leaders of an institution “committed to research, education and service.”

Is there a more totalitarian word these days than “conversations?”

In an editor’s note in the Wednesday newspaper, the Herald apologized for having published opinion columns by Brown student M. Dzhali Maier.

The Herald said “The white privilege of cows,” published Oct. 5, relied on the incorrect notion that biological differences exist between races.

Here’s the Editor’s Note that now accompanies the column:

Editors’ Note: This column did not meet The Herald’s standards for writing and clarity, and, more importantly, contained several factual inaccuracies regarding biology and race that cannot be corrected without compromising the argument of the entire column. The column relied on the repeatedly disproven premise that race is a biological category. The Herald regrets the publication of the column. We apologize to our readers for the factual errors and offensive claims made in it and for the shortcomings of our editorial process. In an effort to be transparent about our mistake, we are leaving the column online. We initially made the decision to publish the column, as we generally edit opinions columns for style and clarity alone, giving our columnists great leeway in making their argument as part of our commitment to freedom of expression. We regret that decision and believe it’s clear that this column crossed the line from an opinion we merely disagree with to one that has no place in our paper.The Herald is committed to an accurate and thoughtful opinions section, and we are taking steps to prevent similar issues in the future. Though we continue to strive to promote a venue for the free exchange of ideas, we do not and will not tolerate racism. We invite readers to send responses to letters@browndailyherald.com.

I know it sounds nuts, but lots of people really do believe this “Race is not a biological category” talking point. Sure, it’s incredibly stupid, but then you can get in lots of trouble these days for not being incredibly stupid. So a lot of people find it safest just to be stupid, as Orwell noted in the definition of “crimestop” or “protective stupidity.” Back to the Providence Journal:

… In the letter to faculty dated Sunday, signed by Locke, the trio of leaders said any faculty needing support or assistance should contact the office of institutional diversity and inclusion and the office of campus life, among other resources, that have expertise in facilitating the conversations.