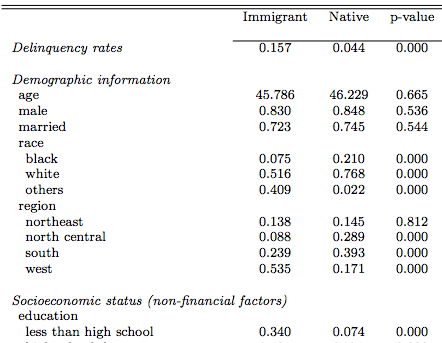 Immigrants Delinquent on Mortgages 3.6 Times as Often as Native-Born

For the last seven years, academics have been quietly compiling a mountain of evidence that the Housing Bubble and Bust was, like I’ve been saying since 2007, intertwined with contemporary America’s sacred cow of Diversity. For example, from a 2015 issue of Real Estate Economics:

Mihaylo College of Business and Economics

… Through the years, administrations touted home owning as a way to put immigrant and low-income families on a path to social and financial stability by promoting a more involved citizenry.1

1Clinton and Bush administrations launched ambitious programs to promote home ownership, especially for low-income households. For instance, President Clinton’s National Homeownership Strategy set a goal of allowing millions of families to own homes, in part by making financing more available, affordable, and flexible. President George W. Bush famously said in 2002 that “We can put light where there’s darkness, and hope where there’s despondency in this country. And part of it is working together as a nation to encourage folks to own their own home,” and in a 2004 speech he said again that “We’re creating … an ownership society in this country, where more Americans than ever will be able to open up their door where they live and say, welcome to my house, welcome to my piece of property.”

Actually, I don’t think Bush’s speeches on Increasing Minority Homeownership are all that famous unless you were in the mortgage industry or read iSteve.

As the housing and economic crises developed in 2007-2009, however, immigrants were blamed by the media for the large increase in delinquencies, defaults, and foreclosures in the housing market that helped to trigger the housing crisis and ultimately facilitated the bankruptcies or near-bankruptcies of multiple financial institutions (Malkin, 2008).2

The citation is to a Michelle Malkin column.

Should immigrants really be blamed for the current housing crisis? In particular, are immigrants more likely to be delinquent on mortgages than natives and, if so, why?

Personally, I think those are great questions to ask; but, to be honest, the total number of people in the media who are interested in them consists pretty much of Michelle Malkin, me, and a handful of other disreputable sorts.

To shed light on these and related questions, we investigate the mortgage delinquency behavior of immigrant households by using the 2009 Panel Study of Income Dynamics (PSID) data.

… We use the 2009 wave of the Panel Study of Income Dynamics (PSID), that is collected by the University of Michigan Survey Center. PSID is a longitudinal household survey which started in 1968, with a sample of over 18,000 individuals living in over 5,000 families in the U.S. Individuals in each household were followed annually from 1968 to 1997, and biannually after 1997. …

We should note that all of the immigrant households in the PSID came to the U.S. before 1999. Hence, the duration of their stays ranges from 10 to 40 years …

… The difference in the mortgage delinquency rates between immigrants (15.7%) and natives (4.4%) is significant.

We find that immigrants are more likely to be delinquent on mortgages than natives, even after controlling for a rich set of household demographic and socioeconomic status and mortgage characteristics. This finding is unlikely to be driven by unobservable financial constraints, local housing market conditions or unobservable characteristics of the metropolitan areas where immigrants tend to cluster. There is evidence of imperfect immigrant integration: the relatively high delinquency rate of immigrants is mainly driven by the relatively recent immigrants who have been in the U.S. for 10 to 20 years.