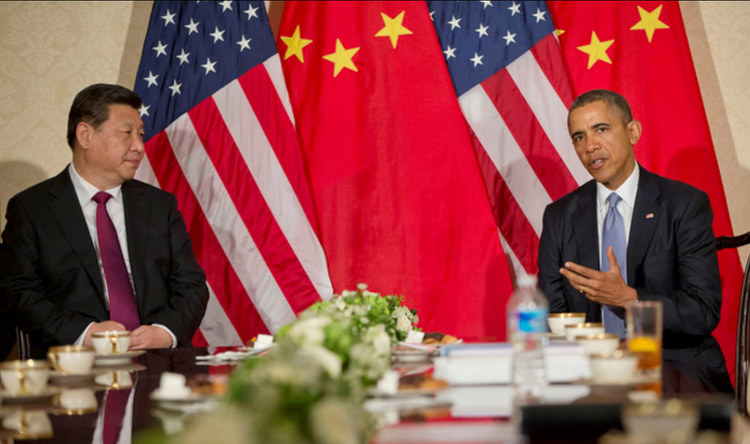 Above: President Obama and Xi Jinping—one is an anti-American Marxist, the other is...President of China

While the nation is waiting pensively for the Obama administration’s traitorous amnesty executive orders they have slipped through dangerous changes to the visa policy for Chinese nationals. Specifically, these changes are:

“On Monday in Beijing, President Obama announced an agreement with China that builds on that progress by extending the validity of tourist and business visas to 10 years and student visas to five years — both for Chinese citizens traveling to the United States and for Americans traveling to China.

Prior to this agreement, Chinese citizens had to renew their American business, tourist, and student visas annually and the same applied to American travelers visiting China.”

White House explains why its visa reforms are a big deal for the U.S. economy, By Penny Pritzker and Jeffrey Zients, @CNNMoney, November 10, 2014

Well, I suppose this is one way to limit the problem with Chinese visa overstayers as they can go back and forth for five or ten years without much constraint, besides the time limits for each discrete stay depending on the visa type. Of course, they could just fly back to China and promptly return to comply with the regulations. But this will never occur. [New visa policy elevates U.S.-China relations, By Jeremy Diamond, CNN, November 10, 2014]

The mind boggles when one contemplates how much more in the way of espionage, anchor babies, diploma mills, sham marriages, illegal labor, and general illicit activities will be generated by this new wave of Chinese visitors (colonizers?).

Just in case there was a concern about the proper vetting of our new neighbors rest assured that our government is thoroughly reviewing the applicants:

“Thanks to reforms in visa processing, average waiting periods for visas in important markets like Brazil and China have dropped from as high as several months to less than five days, all while maintaining the same rigor in legal and security reviews.”

The potential impact of 1.3 billion Chinese finding expedited, long term access to the United States could be staggering. These changes to the visa policy take place on November 12, 2014.