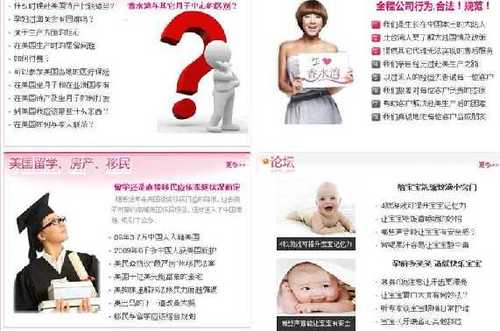 In a March 28, 2011 article, Arriving as Pregnant Tourists, Leaving with American Babies, by Jennifer Medina, the New York Times' finally deigned to notice the existence of the birth tourism fraud:

"SAN GABRIEL, Calif. — … For months, officials say, the house was home to 'maternity tourists,' in this case, women from China who had paid tens of thousands of dollars to deliver their babies in the United States, making the infants automatic American citizens."

"Officials shut down the home, sending the 10 mothers who had been living there with their babies to nearbymotels. … A construction crew was at work late last week, closing up walls that had been knocked down between units, in violation of the housing code."

Anarchy: the essential scam of foreigners cheating their way into American citizenship remains perfectly legal with the federal government.

Tyranny: the city of San Gabriel shuts down a business for petty building code and zoning violations.

In summary, you can operate a business cheating American citizens out of the scarcity value of American citizenship. You just can't do it out of a building that San Gabriel has zoned as residential!

Unfortunately, the NYT's Medina couldn't get much of a grasp on why foreigners would go to all this expense and trouble. It seems, to her, to have something to do with passports:

"Immigration experts say they can only guess why well-to-do Chinese women are so eager to get United States passports for their babies, but they suspect it is largely as a kind of insurance policy should they need to move."

That's a pretty sadly ineffectual sentence in the Newspaper of Record: Why do they do it? Who can say? Experts can't!

The entire subject of immigration has been so romanticized by the Main Stream Media over the decades that the poor NYT reporter can't bring herself to think skeptically about it. Yet the inspiration for her article, the Los Angeles Times article of three days earlier ['Birthing Tourism' Center in San Gabriel Shut Down, by Ching-Ching Ni, March 25, 2011] points out the obvious: foreigners do it for the bennies. Ni wrote:

"Most of the women go back to China after giving birth. But they know their children can return easily in the future to enjoy such benefits as free public education."

To help illuminate the NYT's puzzlement in case it should ever want to return to this subject, let's find out what the Chinese themselves say are the reasons.

An enterprising reader of mine went to the trouble of looking up a Chinese birth tourism website—the extremely pink Chinese Baby Care. 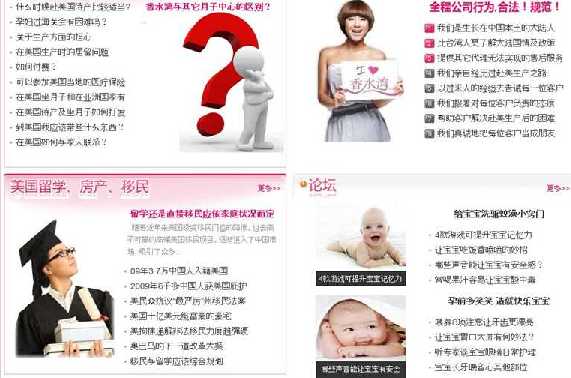 He then had Google Translate render the Chinese characters into approximate English. It's close enough that you can work out the meaning—which you probably won't find all that surprising (unless, evidently, you are a New York Times reporter).

And figuring out the motives behind birth tourism is well worth doing. It's a hugely significant phenomenon—because it makes explicit a topic that is almost never discussed in the American media, but is feverishly analyzed abroad: the scarcity value of American citizenship. Investigating this scam can helps us become aware of the cash value of being an American, legally speaking.

Six years ago, Randall Burns noted on VDARE.com that his analysis of Indian arranged marriage market ads showed that holding an H-1b visa could be expected to add $70,000 to an Indian's dowry.

If an H-1b visa was worth $70,000, how much is the gold standard of American citizenship worth?

Helpfully, ChineseBabyCare.com itemizes the eight major benefits of paying them to make your baby a fake American:

1. Your children born in the United States immediately with American identity, the enjoyment of civil rights; 21 years of age, parents can apply for dependents of permanent green card, without waiting for the quota, provide conditions for future immigrants.

Notice that the most relevant civil right that the Chinese baby will enjoy in the United States is the right to"provide conditions for future immigrants." In other words, from a mainland Chinese perspective, civil right Number One is the right to chain migration. This "civil right" doesn't just help the anchor babies' children, but also their parents and siblings.

I used to live in Chicago a block from a 20-story public housing project for old folks. It was full of elderly East Asians who didn't speak English. Apparently, their immigrant children had brought them over via chain migration, and then plunked them into public housing on the American taxpayer's dime.

2. You are to the environment, education, the United States is the world's most powerful countries, children are entitled to attend the next U.S. public elementary school to high school, completely free tuition

I must admit, Google's translation was a little vague there for a while. But the end should be clear enough:"completely free tuition."

In China, the government runs the schools, but the parents must pay tuition. In America, however, the American taxpayers pay. This distinction inspires all sorts of attempts to rig the American system—such as Chinese families sending their birth tourism children to live with relatives, or even alone, in the San Gabriel Valley.

How much is thirteen years of free schooling worth, in the better sort of San Gabriel Valley public school districts? The minimum estimate of annual expenditures per student runs from $8,000 to over $10,000. Multiplied by 13 years, that's $104,000-$135,000 in American taxpayer dollars. But that badly underestimates total taxpayer expenditures because it leaves much out, especially capital investments.

As a parent in the adjoining San Fernando Valley, I've been involved in many discussions of exactly what is the market value of being able to send a child to an exclusive San Gabriel public school versus a private school. I would guesstimate the going rate of 13 years of top suburban public education would now begin approaching a total of $200,000.

But, wait, ChineseBabyCare.com wants you to know! There's more!

In other words, the University of California.

How much is this worth?

But that's not all!

4. You can apply for the future of American children U.S. citizens can enjoy the scholarships, student loans low interest rate of 1%

In other words, financial aid for college. This is a biggie. You can get financial aid (both tuition discounts and taxpayer-subsidized federal loans) for American colleges, private and public, much more readily as a birth fraud citizen than as an honest foreigner.

This is not well understood within the United States. But it is increasingly well known among the billions abroad.

Most American colleges' financial aid applications ask if the applicant is an American citizen. The applications make clear that less aid is available for foreigners without green cards.

For example, Stanford is one of the wealthiest colleges in the world. But it still expects most of its international students to pay its full list price tuition of $40,050 per year. Stanford's web page for international admissions cautions:

There are multiple reasons why the financial aid system is biased against foreigners.

The concept that when it comes to college tuition, rich Americans should help out not-rich Americans (e.g., me) more than non-Americans was once fairly noncontroversial.

Of course, the underlying notion of citizenism is now so out of fashion that it's almost never even articulated anymore. Yet it seemed obvious to Americans when the current college system emerged in the middle of the 20th Century. And traces of it remain.

To begin the process of applying for financial aid, you must fill in the feds' FAFSA: the Free Application for Federal Student Aid. Discard all notions of keeping even a fig leaf of financial privacy ye who enter here. (And the FAFSA barely compares in its demands to the College Board's CSS/Financial Aid Profile. A colonoscopy is less intimately probing than the CSS.)

Obviously, anybody can lie and claim to be a U.S. citizen on the financial aid applications.

But that brings us to the third reason colleges discriminate in favor of residents of the U.S.:

On the other hand, if you live in, say, Shanghai, how's anybody in America supposed to figure out how much you really make and how much you have socked away?

Of course, that doesn't stop Chinese parents from gaming the system. For decades, my aunt, who has lived in Arcadia in the San Gabriel Valley for over a half century, has been pointing out to me the very odd-sounding phenomenon of rich Hong Kong or mainland Chinese teenagers living alone near her.

Why do they do this? By attending well-regarded Arcadia H.S. for a year or two, they establish eligibility for the University of California and for financial aid.

Incredibly, according to ChineseBabyCare.com, there's more!

5. Your child unconditionally leave the future of the United States in high-income jobs (average wage of 37,363 U.S. dollars per person per year), be given priority as the U.S. government, government agencies and large enterprises important leading positions

Americans are indoctrinated to think that the reason we are, on average and by global standards,comfortable—is because of our "propositions" or "diversity" or "immigration" or whatever. But the main reason, of course, is that there weren't enough American Indians to stop us from taking America away from them.

The Chinese get it. Do we?

The latter part of ChineseBabyCare.com's selling proposition refers to the hiring preferences given American citizens for many government and big corporate jobs, such as, say, defense contractors.

Of course, those preferences are based on obsolete nativist paranoia! From Klaus Fuchs on down, when has a foreign-raised defense worker ever caused a security breach?

6. Your children's future diplomatic relations with more than 180 countries enjoy visa-free entry, the best to facilitate the entry and exit

Finally, we get to passports! It's true, of course, that it can sometimes be easier to visit a foreign country as a tourist or a business traveler if you are an American citizen. Some countries are more likely to give the fish eye to Chinese nationals than to American citizens. Why? Because you already have the right to live in the U.S. —so why would you want to illegally immigrate to their overcrowded country?

Self-explanatory, I hope (or fear).

8. Your children face the future place of residence if the war, the United States citizenship are entitled to protect the evacuation of U.S. government

For example, if your Chinese kid is working for a Chinese oil company in some Middle Eastern oil country, and suddenly the place turns into a real life Mad Max movie, the Pentagon will airlift him out—gratis!

Benjamin Franklin pointed out in the 1750s that Americans lived better than Europeans because there were fewer of them relative to the continent's available resources. The Preamble to the Constitution makes clear that the main purpose of the federal government's existence: to "promote the general Welfare, and secure the Blessings of Liberty to ourselves and our Posterity." (How come the 55-word Preamble is seldom listed as one of the propositions?

Yet the reigning dogmas promulgated today is the more, the merrier! We Americans should be proud and happy that tens of millions of foreigners are conniving their way in. The more immigrants that jostle us, the more awesome we know we must be.

Actually, Beverly Hills does let some non-residents send their children to Beverly Hills High. But are these lucky exceptions "your tired, your poor, your huddled masses yearning to breathe free"?

You might also think that the people who run the entertainment industry don't seem to think the messages of their movies apply to them? [Legacy enrollments offered in two top L.A.-area schools districts, by Seema Mehta, Los Angeles Times, May 16, 2009]

Seriously, the voters of Beverly Hills understand the part about "for ourselves and our posterity" just as well as the Founding Fathers did and the Chinese do.

And good for them. They built excellent schools in Beverly Hills. So why shouldn't they take measures to help their descendants' benefit from their scarcity value?