From: Ed Hunter [Email him] 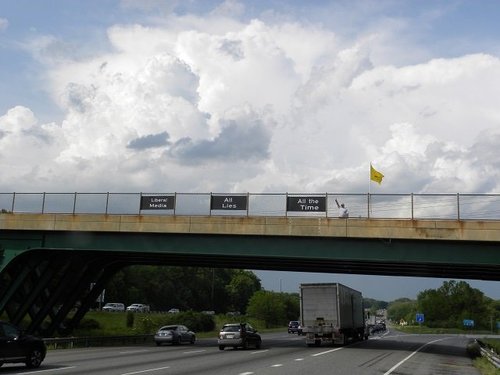 Reaction to the sign:Instant understanding of message from both sides. A very timely message. 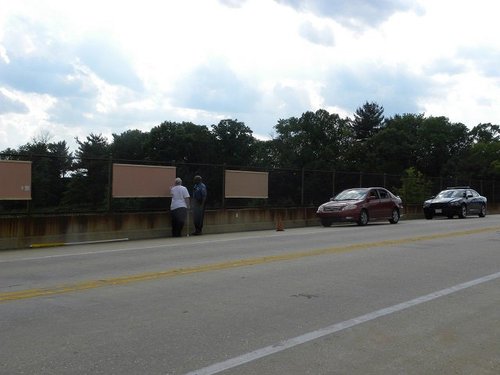 Using cell phones some Washington DC liberals called in fake “death threat” complaints stating that we were putting up signs that said “KILL ALL LIBERALS”. Unable to counter the message they had to lie to preserve their agenda.

The cops arrived and demanded we take down signs so they could read them.( You can't see what they say from the back.)

When we did so they saw we only called the Liberal Media ...liars. The truth is frightening for some but not illegal yet. 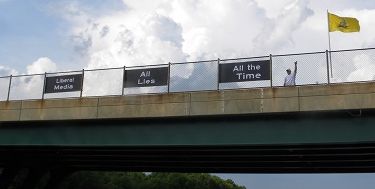 "Liberal Media" "All Lies" "All The Time"