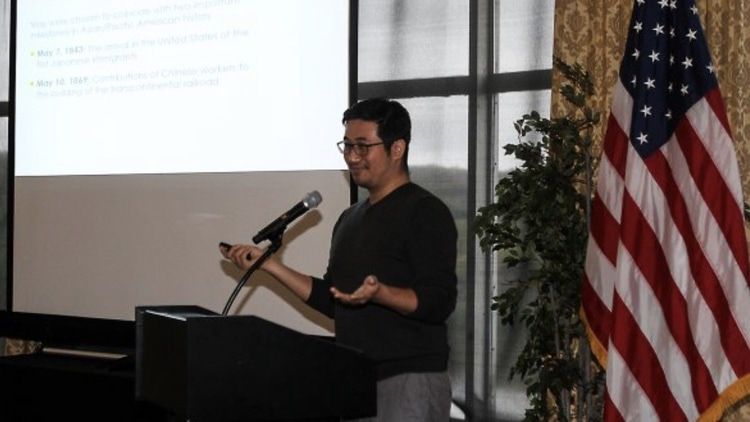 A Reader Catches NRO Fantasizing About Chinese Votes For Republicans

From: A Former National Review Subscriber [Email him]

I saw this absolutely insane cuck fantasy at NRO and had to write you.  National Review Online has an article called The Rise of the Chinese-American Right, by Rong Xiaoqing, July 17, 2019, which  postulates that because some Chinese-Americans are ticked off about affirmative action programs in education they are going to be magically transformed into voting for Republicans.

Unfortunately, this article assumes that Republicans, or mainstream conservatives for that matter, will actually go to the mat to fight affirmative action.  You know like they have for the past few decades...NOT!  Well, I suppose that a Chinese-American Republican would fight to end the adverse impact of affirmative action on Chinese-Americans (only!), but how about the similar adverse impact on white Americans?  The article does not even dare to mention that aspect for the people with no right to an identity, or equal rights under the law.

"This dissent is being led by people like Zang, and their suddenly raised voices are not so hard to explain. After spending many years studying for their academic degrees, finding jobs, and applying for green cards, they only recently found the confidence and security to ponder social issues. To this subgroup of the Chinese-American community, affirmative action in education is a direct attack on their interests and the interests of their children."....

"At a fundraising Zhou hosted in early April at Paramount, a Chinese restaurant in Richmond Hill, supporters spoke on the stage one after another. Two read a poem they wrote for her entitled “Make San Francisco Great Again.” A white man praised traditional Chinese values and identified them as the solution for the problems in California.

“The rest of California — the Hindus and all the other minorities — will see the Chinese people leading the way of moral values and economic resuscitation. And we will take the country back, and President Trump is depending on you,” he told the audience."

James Fulford writes: It's true that Asians figure as victims of Affirmative Action, but despite that, they vote Democratic at levels of up to 75 percent. Also, they may be able to figure out that if Republicans couldn't ever really fight for white victims of quotas, they may not be that reliable as fighters for Chinese rights.