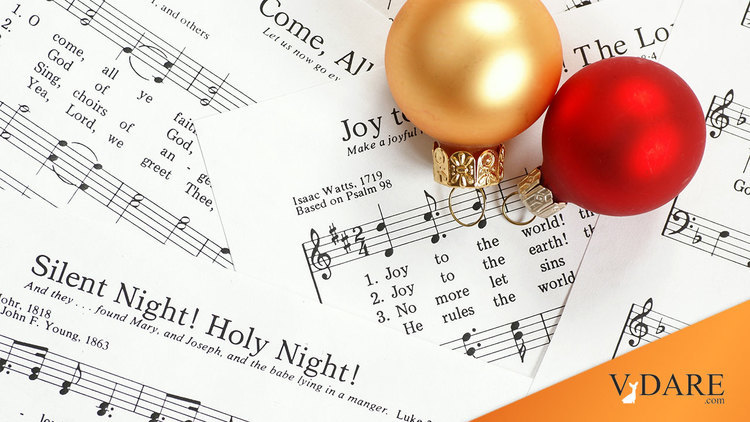 From: Dan Hayes (e-mail him)

Re: Peter Brimelow's Blog: Mercer Sets O'Reilly Straight On The War Against Christmas

We all know that we are all going to hell in a hand basket, specifically as exemplified in the War on Christmas.

But there are two bright spots in this begotten landscape—and from unlikely sources at that.

The first politically incorrect culprit is FM radio station WQXR, the highbrow classical music station owned by none other than the anti-Christmas New York Times.

Starting right after Thanksgiving, the station's mostly liberal listeners have enjoyed the most beautiful and sublime Christmas music.

What's going on here? Haven't the munchkins at WQXR gotten the message? Evidently not! And thank God for that.

Starting just December 22nd, WKCR, the broadcasting arm of the ultra-politically correct Columbia University begins its Bach Festival, one continuous week of Bach proving that at least once in a while something good—Christmas music—can come from something bad—Columbia University. (I am entitled to make this judgment as I am a grad of that despicable institution.)

I hope that this message will not alert the PC mandarins of the Times editorial board or Columbia's liberal administration to what's going on.

If so, listeners will quickly be subjected to "Rudolph the Red Nosed Reindeer."

Hayes writes that he "serves in the bureaucratic bowels of one the world's premier socialist entities, the city government of New York. When I entered city government, I was a Conservative. Then I became a Libertarian. And after seeing what goes on here over the years, I'm now an anarchist."