Wise vs. Bodeker: A Tale of Two “Racism” Films

“Anti-racism” activist Tim Wise has just released the documentary film version of his 2011 book White Like Me, to lavish praise from academics and the Main Stream Media alike. 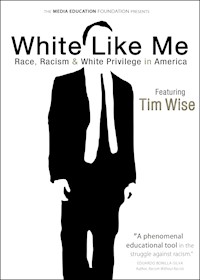 For example, SLATE’S Aisha Harris proclaimed Are You White? Then You Should Probably Watch This, August 16, 2013. (She’s black, by the way). And The Huffington Post’s C.C. Stinson (also black) wrote in BLACK VOICES, the Huffpo section dedicated to articles of interest to blacks:

“Mr. Wise has been an educator for many years teaching the masses about White Privilege and the psychological effects of our societal norm to ignore it…Numerous professors and subject matter experts are lined up to discuss this issue including John H. Bracey, professor and author of How Racism Harms White Americans, Imani Perry, a feminist and author of More Beautiful and More Terrible: The Embrace and Transcendence of Racial Inequality in the United States and Michelle Alexander, civil rights advocate and author of The New Jim Crow..” [Links added]

Yep, it’s clear that A) “racism” and “White Privilege” are very real! And B) curiously, the more highly educated one is, the more often one can spot them in one’s daily life.

Five years ago, I also released a documentary film about “racism,” A Conversation About Race. In it, I used taped interviews with a diverse group of adults to raise the question: if America does, truly, have a problem with “racism,” wouldn’t it be wise to take the time necessary to define just what “racism” is—before stripping citizens of their constitutional rights in ill-conceived schemes aimed at eradicating it? My film then demonstrated how all humans are “racist” to some degree.

A Conversation About Race also illustrated how whites today are being dishonestly portrayed by our governments and the Main Stream Media as the world’s foremost racists. 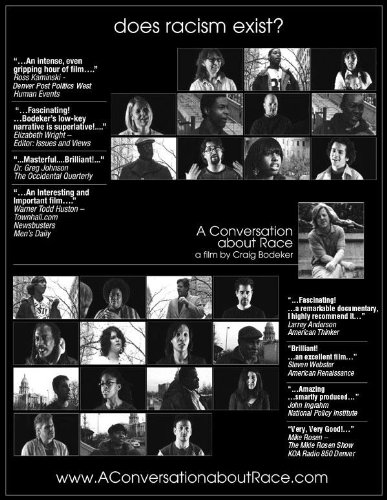 Now, the reason I’m writing this is that I’ve noticed, shall we say, a distinct difference in how those in a position to judge greeted the release of these two, very different racism films.

The release of Wise’s film was celebrated, as seen above, and its content was acknowledged by both academia and MSM as being “educational.” (Wise is often described as an “educator” although his connection with educational institutions is minimal. He seems to be a professional anti-white agitator. Perhaps “educator” is Cultural Marxist-speak for “brainwasher.”)

The release of my film was, on the other hand, unanimously ignored.

Now, I concede that Wise is a recognized celebrity with books and speeches about race to his credit, while I was a complete unknown when I released my film. But, what about the actual content of these two documentaries? Is White Like Me really so much more scholarly and educational than A Conversation About Race as to merit such a glaring contrast in coverage?

I’ll note here that some have suggested that since A CONVERSATION ABOUT RACE did in the end receive positive reviews, including from such certified MSM figures as The Wall Street Journal’s James Taranto, who called the interviews “fascinating,” my argument here is moot.

To them, I point out that the reviews my film received were the result of three years of my aggressively marketing it to journalists and race experts all across the country, as well as a flap involving a brave, African-American PhD (Dr. Carol Swain) who was publicly attacked by Mark Potok of the Southern Poverty Law Center ($PLC to VDARE.com)  for supporting it in her university classroom. [In Defense of Carol Swain, By James Taranto, WSJ, October 26, 2009]. In sharp contrast to Wise’s work, my A Conversation About Race received no more than three reviews during the entire first year of its release.

I searched The Huffington Post for the WHITE VOICES section to get their take on my film. But then I discovered that there isn’t a WHITE VOICES section in The Huffington Post. Or in any other mainstream American publication for that matter. I imagine that’s because the people who run the American media feel that “White Voices” are automatically “racist.”

White Like Me puts much stock in the fact that, “there are more African-Americans in prison/jail, or on probation/parole, than there were in slavery in the US in 1850...”

But I must have missed the part in where Wise explains how this reflects badly upon white Americans. Wouldn’t a reasonable person conclude from that incarceration statistic that blacks commit more crime than whites—as opposed to concluding that blacks are actually the victims of a planet-wide, super-secret, conspiracy designed to keep them down? To “anti-racists” like Mr. Wise, the issue of race is apparently exempt from Occam’s Razor.

Could it be another one of those pesky racial double standards?

That’s right folks. When black rappers and sports stars out-earn 99% of Americans, it’s because they deserve to. But whenever white workers out-earn black workers, there is an inequality to be investigated!

Wise charges $4.99 to stream White Like Me on Vimeo. I charged $1.99 to view A Conversation About Race on Amazon. (Last year, I put the whole film on YouTube.)

That $4.99 does puzzle me. After all, isn’t White Like Me supposed to be an educational video? Imagine how many more people could have the opportunity to be enriched by its content, if only the price were cut in half? Why the greed, Mr. Wise?

I know it’s the approved term and all, but I’d like to state clearly that I, for one, have a real problem with any term that’s used to unite all of humanity—except for whites.

I’m amazed that a man as highly educated as Wise can’t see how dehumanizing that term is to white people everywhere. Is he blind to the very real possibility that the use of such a term, by an Establishment-acknowledged race-expert, when combined with today’s anti-white Affirmative Action scams and ever more frequent anti-white assaults, robberies, rapes and murders, committed by those very “People Of Color,” could lead to the day when whites demand…to segregate themselves?

Is it possible that by being an official “anti-racist” yet continuing to use such anti-white terminology as “People Of Color” he’s actually creating white separatists?

That may be the future Wise is advocating, when he divides humanity into those two groups. After all, it’s hard to believe that such an intelligent man can’t see the similarity between his separating “People Of Color” from people of no color, with another dark period in history, of which I’m sure Mr. Wise is quite critical, when being the correct color was the dividing line between being considered human and being sub-human?

In using divisive terms like People Of Color, Mr. Wise and others fail to anticipate our completely predictable human capacity for the sanctioned abuse of the colorless!

I encourage everyone to view White Like Me. It’s possible that one day Wise will lower the cost of streaming it. It’s a textbook example of how instilling a sense of superiority into people makes it amazingly easy to manipulate them. But a government-approved moral kind of superiority is the okay kind. Right?

And, for those of you who haven’t seen my A Conversation About Race, I encourage you to see it for yourself too.

Then decide which documentary is truly more “educational” on the subject of race and “racism”.

Craig Bodeker [contact him] is an independent filmmaker and the creator of A Conversation About Race.