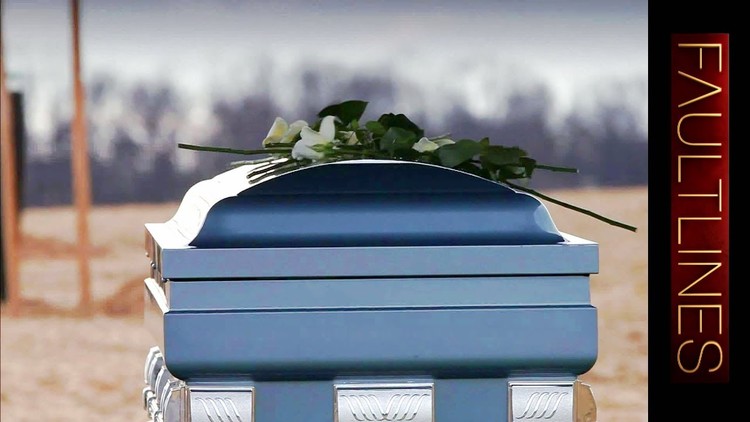 John Derbyshire On Our Unwanted (But Uncriticizable) Underclasses

Having recently received an invitation to speak in Baltimore, and having read Eugene Gant's article on VDARE.com last week, I thought I'd see what else I could find on the state of affairs in that noble city.

Courtesy of Paul Kersey at the Stuff Black People Don't Like website, I picked up this video report by, of all people, Al Jazeera.

Readers tell me that links to video clips are a nuisance. "Who's got time to watch a video clip?" they grumble. I guess that particularly applies to the Al Jazeera report, which runs 24 minutes 12 seconds. Okay, okay, here's a summary:

The video is a standard-format MSM "insight" piece—think 60 Minutes. Our reporter, who is white British, visits the mean streets of Baltimore. He talks to street-level drug dealers. He rides with a cop in a patrol car. He visits jails and meets prisoners.

All these people—including the cop—are black.

In among all that, we get short segments from a city council meeting on crime, and extracts from interviews with non-criminal talking heads.

One of the talking heads is Ed Burns, a former Baltimore police detective and schoolteacher who co-wrote the TV series The Wire. I watch almost no TV and have never seen The Wire, though I've heard people speak well of it as "realistic."

Be that as it may, Burns comes across here as a we-are-all-guilty leftist. At one point (5m38s on the video) he actually says: "We're not dealing with the root causes." Later (23m21s) he tells us that: "This [i.e. the dire situation of Baltimore's black underclass] is a crime that we've committed."

Ed Burns is white, so presumably the "we" in that sentence is white Americans. Other possibilities: former police detectives, ex-schoolteachers, writers of TV series.

Another one of the talking heads is law professor Michelle Alexander  [Email her] author of a recent book, The New Jim Crow,  arguing that drug laws are just the latest way to keep the black man down.

As it happens, I have read that book. Much of it is balanced on a single pinhead: a shoddy 2009 report by the George Soros-funded Human Rights Watch, a report that fails to address issues that quite naturally arise as one reads it—the issue, for example, of heavier sentences for defendants with prior convictions for non-drug offenses.[ Decades of Disparity | Drug Arrests and Race in the United States (PDF)]

You get the picture. This entire Al Jazeera video is a white-Lefty guiltfest. It includes no contributions from researchers whose conclusions suggest there might be something going on that is not the fault of white oppressors. Heather Mac Donald, for example, is not interviewed.

Well, it's Al Jazeera, though it could just as well be any mainstream U.S. network.

Shortly after watching that, I came across another video clip, this one much shorter—only 4 minutes 18 seconds. The setting here is Atlanta. The topic is, to quote the accompanying YouTube blurb: "Muhammad Mosque # 15 of the Nation of Islam answers the call of the Honorable Minister Louis Farrakhan to take the message to the streets and serve the Black community."

Off they go into the streets and projects, answering the call. We see them on the march, chanting military-style as they go. "The mighty FOI [Fruit Of Islam] was on the scene," intones the voice-over, "and the people loved it." We see smiling black Atlanteans welcoming the Fruit as they knock on doors and hand out literature.

It's all so upbeat and positive—an organizer exhorts them to their duty as "father and husband" (the Fruit are all male)—it's easy to forget that Nation of Islam is a quintessentially American white-hating black-separatist cult that has been fatwa-ed by the authorities of actual Islam.

With those two videos fresh in my mind, my daily trawl of the news websites this morning delivered this piece on the French government breaking up illegal gypsy camps.

Yesterday, in the latest eviction, 500 officers moved in on the biggest Roma [i.e. gypsy] camp in the eastern Lyon suburb of Saint-Priest.

They broke into [trailers] and moved them off the site, either towing them or using mechanical diggers to crush and lift them. They smashed up makeshift huts, ripped down tarpaulin and plastic sheeting being used as tents, and rounded up around 180 Roma, including 50 young children and babies.[ How to crush a gypsy camp French-style, Daily Mail, August 29, 2012]

This, mind you, is under the new socialist French presidency of François Hollande—who two years ago was criticizing Nicolas Sarkozy for doing the same thing. As I commented at the time: "Nobody really knows what to do about the gypsy problem. There is not even general agreement on what kind of problem it is."

The thing I find myself wondering is: are these truly, as I said back then, different kinds of problem—underclass blacks in America, gypsies in Europe?

In both cases you have a big racial-ethnic bloc of people who are, for whatever reason—discuss among yourselves—radically ill-fitted for life in bourgeois society.

In both cases, members of the bloc are sunk in victimhood and denial of any responsibility. "I lived in the shack and that was fine and I was not disturbing anyone," says the gypsy gal in the clip at the end here, neglecting to remember that the shack was on someone else's land, without permission. "No-one actually cares about the poor no more," moans a prisoner at 14m35s here; he is serving a 42-year sentence for multiple armed robberies.

In both cases, well-intentioned Left activists—under the banner of Civil Rights in the U.S.A., Human Rights in Europe—propose social-engineering solutions that would cost scads of public money, even as all our public money is vanishing into chasms of debt. Many of the proposed solutions have already been tried; all of them rest on implausible assumptions about human nature.

The best that either bloc has come up with on its own is the absurd-yet-sinister crackpot mock-militarism of the Nation of Islam.

In both cases, actual bourgeois citizens opt for ethnic disaggregation: for the gypsies to be moved on, for separation by white flight from the underclass blacks. National authorities respond appropriately, with expulsion and incarceration.

The last time New Orleans was hit by a hurricane, the London Spectator asked me to write an article about the event and its social consequences. I wrote a piece containing some mildly race-realist observations. The Spectator rejected it. I reworked it somewhat and sent it in as a column to National Review Online. This piece was also spiked. But I archived it anyway and I believe it expresses, among other things, pity for the swelling mass of hopelessness at the bottom of our societies:

The meritocracy vacuums up every clever, talented black kid it can find and puts him through college, after which he is welcomed joyfully into the Cognitive Elite. (Hey, look at us! No racism here!) The rest are packed off into welfare slums, or jails—anywhere really, so long as we don't have to think about them.

Our blacks, their gypsies: What we are looking at in these stories is populations that are unwanted by the larger society—ineducable, unemployable, unwanted. Unless you have a heart of stone, pathos is unavoidable.

How many professional basketball players does a modern post-industrial society want? How many rap singers? How many itinerant gypsies, of whom

"The Roma Education Fund says about 25 percent … are illiterate, and the United Nations says as many as 50 percent … do not complete primary school"? [Gypsies trapped in misery as France demolishes camps, AP, August 15, 2012]

I don't know. But I'm sure the answer is not "millions." And I’m even more sure we’re not supposed to ask.

John Derbyshire [email him] writes an incredible amount on all sorts of subjects for all kinds of outlets. (This no longer includesNational Review, whose editors had some kind of tantrum and fired him. He is the author of We Are Doomed: Reclaiming Conservative Pessimism and several other books. His writings are archived atJohnDerbyshire.com.