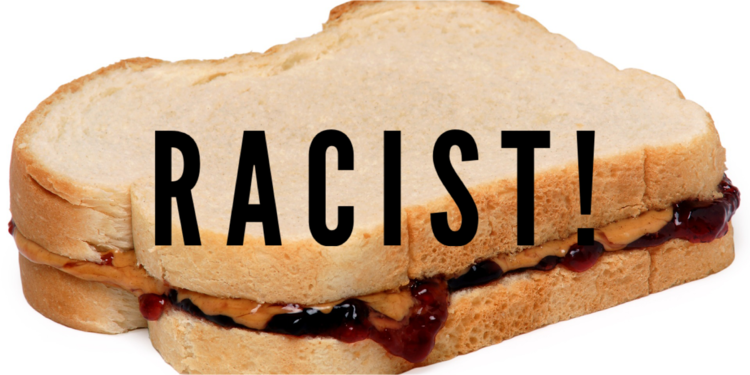 When a [stop-and-frisk] policy that has saved thousands of black lives is attacked as "racist," the word has no meaning. At this rate, liberals will be claiming that peanut butter sandwiches are racist—except that wouldn't be as crazy.

Kathy Shaidle points out that liberals already think this:

[Verenice ]Gutierrez, principal of Harvey Scott K-8 School, was being interviewed about the school district’s equity training program designed to narrow the achievement gap. The newspaper said she “picks up on the subtle language of racism every day” and used the peanut butter sandwich to illustrate her point.

“Another way would be to say: ‘Americans eat peanut butter and jelly, do you have anything like that?’ let them tell you,” she told the newspaper. “Maybe they eat torta. Or pita.”[Principal Sees Racism in Peanut Butter, By Todd Starnes, FoxNews, September 11, 2012]

And then maybe they're not American.