Where in the World Is Jihad Pilot Adnan Shukrijumah? 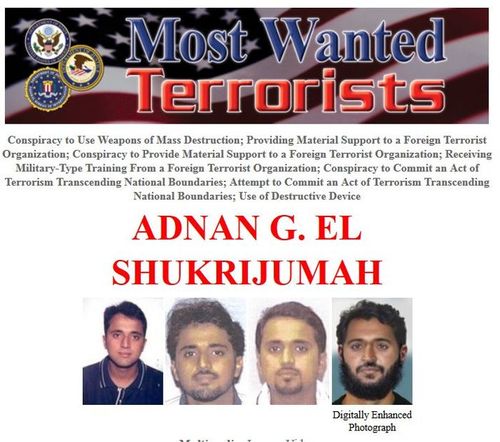 Now is a good time to ask a question I first posed 10 summers ago: Where is Adnan Shukrijumah? A decade later, the question is still unanswered. The FBI has yet to track down this homicidal plotter. Have you forgotten?

Saudi-born Shukrijumah, billed as the "next Mohammed Atta," has been a fugitive since the 9/11 terrorist attacks. His father, Gulshair, was a Wahabi cleric funded by the Saudi government. The elder Shukrijumah headed mosques in New York and Miami, consorted with Israel-bashing black Muslim agitators, and also served as one-time interpreter for convicted 1993 World Trade Center mastermind Omar Abdel Rahman (the Blind Sheik). The radical Muslim apple didn't fall far from the tree.

One of these aliases linked the enigmatic man to the same Oklahoma flight school attended by convicted "20th hijacker" Zacarias Moussaoui. Shukrijumah reportedly undertook flight training in the late 1990s or early 2000 in Florida and secured a flying license for light aircrafts. He is rumored to have acquired bomb-making expertise, as well. Somehow and somewhere along the way, Shukrijumah obtained a legal U.S. green card.

Among the nightmare activities Shukrijumah has reportedly coordinated, according to the FBI:

Law enforcement sources have placed Shukrijumah on the southern border, in Guyana, at a Trinidad jihadi compound, and at a meeting of Latin American gangs. Shukrijumah reportedly joined high-level jihad planners in Pakistan's outlaw Waziristan province in 2004, which experts likened to the pivotal planning session in Kuala Lumpur that preceded the 9/11 attacks. "This was a meeting of a bunch of cold-blooded killers who are very skilled at what they do and have an intense desire to inflict an awful lot of pain and suffering on America," a source told Time magazine at the time.

"He speaks English and has the ability to fit in and look innocuous," an FBI agent noted. "He could certainly come back here, and nobody would know it." The magazine added that "U.S. authorities have put his name on domestic and international watch lists but fear he will travel to Mexico or Canada on phony documents and then sneak across the border into the U.S."

Bin Laden may be dead. But jihad lives. Our borders are wide open. Our fraud-riddled visa programs continue to be exploited. Tens of millions of visa overstayers, deportation fugitives and border-crossers go unpunished, undetected and unmonitored. And political correctness reigns. God help America the Unsecure.