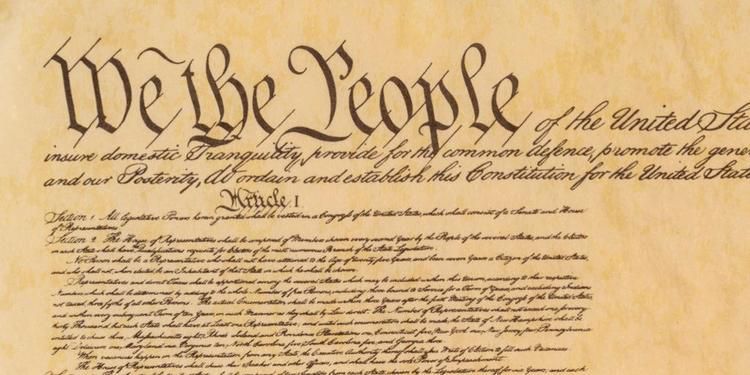 The New Synthesis—And Our Posterity

For decades, American economic sages such as Larry Summers, Tom Friedman, and Alan Greenspan have implied that manufacturing stuff was more or less obsolete—that the building blocks of the economy of the future would be cheap labor and expensive finance. The Chinese will make everything, while Americans will get rich selling each other ever more sophisticated financial instruments.

You might ask: What about the 98 percent of Americans who aren't cut out for working for Goldman Sachs?

Well, you see, all we have to do is fix the schools. Then everybody will work for Goldman!

The Germans, however, never got this memo. All those speeches at Davos and articles in The Economist about how expensive skilled labor is the road to ruin might have worried them, but didn't convince them. Thomas Geoghegan's entertaining new book about the triumph of the German economy, Were You Born on the Wrong Continent? How the European Model Can Help You Get a Life, explains why.

Ignoring the anti-manufacturing bias of Anglo-American economists, the Germans have kept their files to the grindstone. Germany exports more each year than America, despite having only 27 percent as many people. German machinery is more than competitive on the world market, even with Germany's high wages, six-week vacations, strong unions, and workers getting half the seats on many corporate boards.

Despite having to bail out the profligate Greeks, the German economy in 2010 is expanding and unemployment dropping. Germany runs a trade surplus. And, as illustrated by the blockbuster sales in Germany of Germany Abolishes Itself [VDARE.COM note: review coming soon!], Thilo Sarrazin's new book criticizing immigration, the self-respect of the German nation is finally coming out of the closet.

The Anglo-American mantra of low wages being "good for the economy" has provided the intellectual keystone for pro-immigration pundits in the U.S. Although Geoghegan avoids mention of immigration in America, his analysis of why the German economic dynamo keeps humming subverts by analogy the case for immigration. 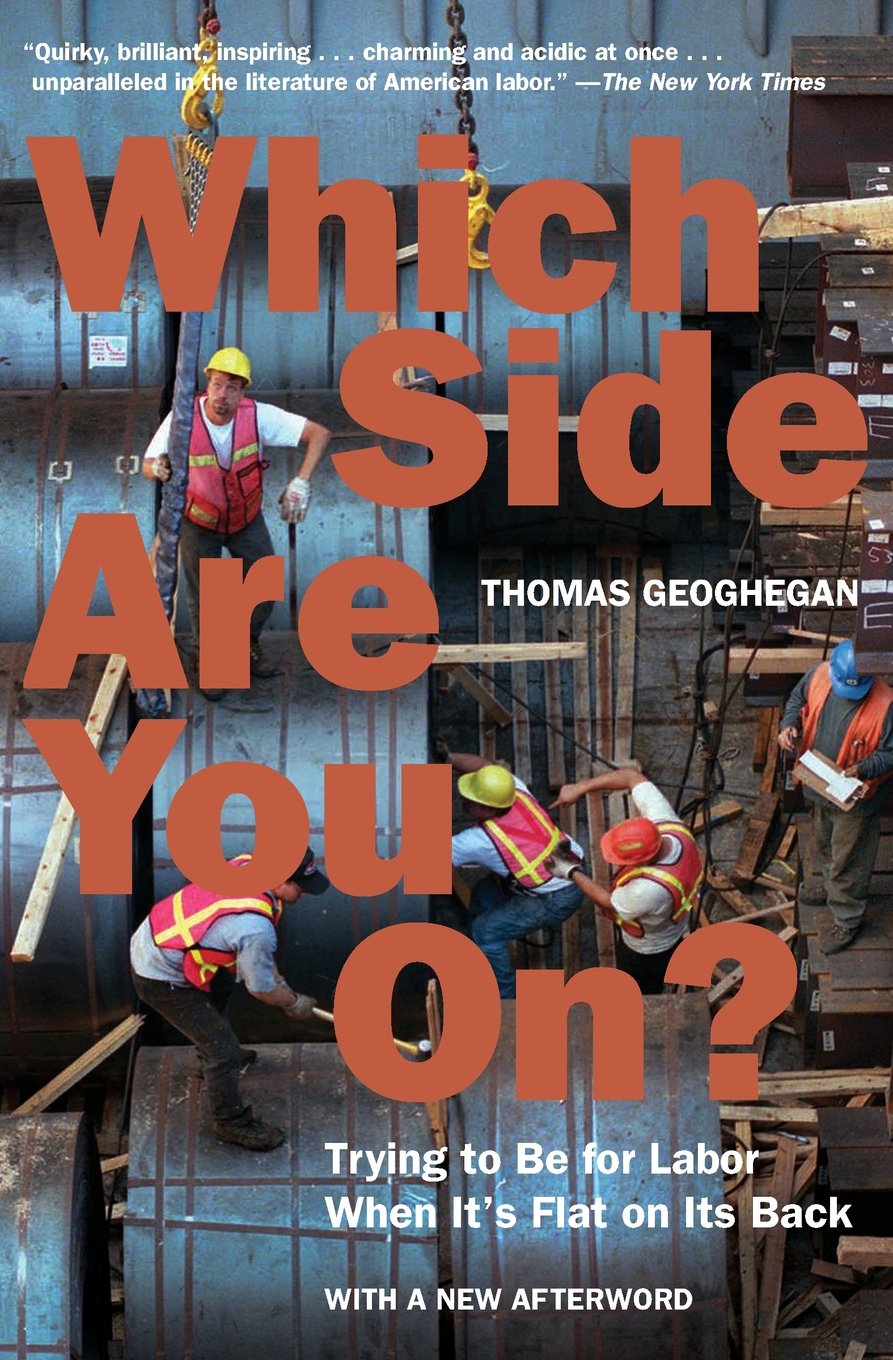 Geoghegan (whose Irish Catholic surname rhymes with "Reagan") is a political anomaly in 21st Century America: he's a 1940s-type pro-union Democrat. Geoghegan has scratched out a career defending in court (he's a labor union lawyer) and in print (his first book was Which Side Are You On? Trying to Be for Labor When It's Flat on Its Back), the interests of the least fashionable people in America: beefy, middle-aged, working class white guys in windbreakers.

Geoghegan is well aware that his new book's central topic—German factory pay—isn't stylish. (In his breezy manner, he entitles one chapter I'm Sorry I Picked the Germans.) He's also comically cognizant of his shortcomings as an expert on Germany: Geoghegan doesn't speak much German, he's spent less than a year in the country, and, like a lot of the Germans he tries (and often fails) to interview, he's introverted and doesn't strike up quotable conversations easily.

Yet, the subject is so important, and so ignored in the U.S., that somebody had to do it. And Geoghegan is a fine choice. He's a witty writer, especially at mocking his own neuroses, much like his old friend Mickey Kaus. In 2009, Geoghegan made a quixotic run for the Democratic nomination for the North Side of Chicago House seat that was previously held by three of the most power-crazed (and hard-to-spell) big names in politics: Rahm Emanuel, Rod Blagojevich, and Dan Rostenkowski. (I suspect Geoghegan's losing campaign inspired Kaus's equally quixotic run against incumbent Senator Barbara Boxer in the 2010 California Democratic primary.)

Geoghegan and Kaus disagree vociferously, however, over unions. I think much of the reason is that Kaus is a Los Angeles car guy, while Geoghegan is a Chicago Elevated guy. The LA car hierarchy of prestige is: BMW at the top; then Japanese brands made in Japan (e.g., Lexus); then, at the bottom, Japanese brands made in America (e.g., Honda). People on the Westside of Los Angeles have heard rumors that there exist American cars with exotic names, such as "Chevy", that are made in United Auto Worker-organized plants. But nobody knows anybody who has bought one.

One day, I would like to read a discussion between Geoghegan and Kaus over why General Motors and the UAW have floundered—while BMW , and the giant IG Metall union, have fought yet flourished.

Which Side Am I On: labor or management?

You know, the more I think about it, the more it seems that these quaint-sounding 1950s-style windbreakers v. suits arguments are the kind that dominate politics in a healthy, cohesive polity, such as America in the 1950s. In a democracy, you have to argue over something, and fighting over which interest group gets how much money is, at least, honestly crass.

In contrast, the more ethnically diverse a state is, the more the elites of each ethnicity get to manipulate, and the more democratic debate is suppressed as being "angry".

For example, Geoghegan celebrates how well-read the average German voter is about meat-and-potatoes politics. Far more passengers read newspapers and books on German public transit than on the El in Chicago—even on Geoghegan's own upscale Brown line through Lincoln Park.

Yet, as demonstrated by Sarrazin's being forced out of his Bundesbank job for writing his book, crucial diversity issues are even more censored in Germany than in the U.S.

On that subject, Geoghegan can't bring himself to talk about the millions of Turks in Germany on more than three pages of his 318-page book—most of it in a gigantic stream-of-consciousness paragraph on pp. 291-292 in which he tries to convince himself that ethnicity isn't relevant to worker rights.

Of course ethnicity is relevant. But Geoghegan doesn't have the courage to admit explicitly that the key to the German worker solidarity he lauds is the German ethnic solidarity that everybody is supposed to deplore.

Germans look out for each other more than Americans do, just as Germans look out for their forests more than Americans do. Why? Because they feel Germany isn't just a node in the global market network. Instead, Germany is the homeland of the German people, now and in perpetuity. As all the underground support for Sarrazin suggests, the modern multiculturalist dogmas of the English-speaking world have left the Germans more cowed than converted.

Similarly, the German welfare state works reasonably well among Germans because they generally feel some shame about exploiting other Germans. In contrast, Turks in Germany feel less guilty over ripping off Germans by going on disability the first chance they get. As Christopher Caldwell pointed out in his Reflections on the Revolution in, their average retirement age is 50:

"One of the most amazing statistics in the history of European immigration is that the number of foreign residents in Germany rose steadily between 1971 and 2000—from 3 million to about 7.5 million—but the number of employed foreigners in the workforce did not budge. It stayed rock steady at roughly 2 million people."

In other words, since the first oil crisis in 1973, Germany hasn't imported all that many foreign workers to do the jobs Germans just won't do. For the last third of a century, Germany has instead largely been victimized by German-based foreign clans using arranged marriages to foreigners back home to concoct for themselves "family reunification" immigration visas.

(On the other hand, if you insist upon being scammed by foreign layabouts, Turks, who tend to be sedate and respectable, are a better choice than, say, the car-burning "youths" of the Paris suburbs.)

Leaving aside that vast but no doubt prudent shortcoming, Were You Born on the Wrong Continent? is an illuminating book.

Geoghegan outlines the counter-intuitive (for Americans) reasons why Germany is thriving in 2010:

"… German firms are successful because, unlike U.S. firms, they don't have any illusion they can compete on cost. … They don't have the illusion that they can bust the unions, in the U.S. manner, as the prime way of competing with China … Germany, Sweden, and France ignored the advice of the Anglo-Americans, the Financial Times, the people in financial services … They did not wreck their unions. And it was the high labor cost that pushed those countries into making higher 'value-added' things. Where is Germany competitive? It's in high-end, precision machinery, made by people with the highest skills."

This anti-cheap labor philosophy is not unique to Europe. In fact, Singapore's extremely hardheaded government mandated 30 percent wage hikes in the early 1980s. When the rag trade protested that they couldn't stay in business, Lee Kwan Yew said that was part of his plan. He wanted to force Singapore to develop better businesses than sweatshops. (Of course, this only works if you have the human capital to earn higher wages.)

"… we got out of manufacturing because the labor costs were too low. We took the path of least resistance, competing on the basis of labor costs. Then, when that didn't work, it was so much easier to shut down."

In contrast, the Germans respond to the rise of China by selling the Chinese the high-end machine tools to manufacture the plastic crud the Americans gave up making.

"Our elite, scoffing, might say that there is just not enough labor-market flexibility to allow Germany to adapt to globalization as we do. But it's precisely because of our flexibility that we can't compete. What the laws manage to do in Germany is to keep people together and to hold onto their skills in groups … especially in engineering and quality control. … It's the kind of group knowledge that our efficient 'flexible' labor markets so readily break up and disperse."

Geoghegan, a lifelong man of the left, scoffs in turn at the American fixation on fixing the schools:

"Putting more money into education is a waste of effort. …

"Then here's the biggest shock I can give: yes, Germany is outcompeting us by far, but the schools are a mess. They don't send enough people to college. The vocational schools are falling apart. Because of all the money used to bail out the East Germans [perhaps $2 trillion over two decades], the schools are broke.

"It means schools don't matter as much as we think."

The increasingly outdated talking points of left and right are being displaced by a new realist synthesis. Geoghegan's Were You Born on the Wrong Continent? book is an important contribution to that synthesis.

"I'm no European socialist. But as a patriot I would like to ask: which model, ours or theirs, is more likely to keep us out of the clutches of foreign creditors? … I know on the right and even the center I am dismissed as a European-style liberal. But my question for those on the right is as follows: do they care about the sovereignty of our country?"

Now, if we could only get Geoghegan to ask his friends on the left the same question about immigration …

Instead, American patriots could begin to unite around American government's fundamental proposition—a proposition that has, however, been mostly ignored in recent decades—that U.S. government exists, in the words of the Preamble to the Constitution, "to promote the general Welfare, and secure the Blessings of Liberty to ourselves and our Posterity …"